You Were Made For Such A Time As This

Ibby Oke looks at what we can learn about fulfilling our purpose from Esther's story. 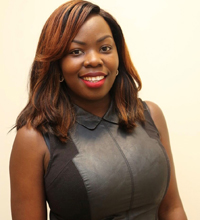 'For if you remain completely silent at this time, relief and deliverance will arise for the Jews from another place, but you and your father's house will perish. Yet who knows whether you have come to the kingdom for such a time as this?' (Esther 4:14)

Have you ever wondered what your purpose is?

An example of someone in the Bible who fulfilled purpose was Esther; a Jewish exile, an orphan, raised by her cousin, Mordecai but yet chosen as queen. Her past and background didn't determine her future.

If you study the book of Esther, you will realise that right from the beginning, Esther obtained favour in the sight of those around her, and eventually the king before she was made queen. Sometimes, we make excuses that we are not equipped for what God has called us for or we are not good enough, but God equips us with everything we need to fulfil purpose, we just need to take that step.

'Now may the God of peace...may he equip you with all you need for doing his will. May he produce in you, through the power of Jesus Christ, every good thing that is pleasing to him. All glory to him forever and ever! Amen.' (Hebrews 13:20-21)

Esther became queen and things seemed to be going well until Haman had a plan to wipe out all the Jews. In your journey, there will always be someone playing on the offence. Mordecai approached Esther to plead to the king for the Jews. Finally, the purpose for why Esther was made queen was realised. We are all strategically placed where we are for a reason. Esther wasn't made queen for her benefit, she was made queen to save the Jews. Wherever you find yourself, always use your position of influence to make a positive change.

However, Esther wasn't up to the task. She sent word to Mordecai that approaching the king was suicidal and she wasn't ready for that. When it comes to purpose, there will be times when you will have to take risks for the Kingdom of God and fear will creep in. Well, they say, feel the fear and do it anyway!

Mordecai's response to Esther's excuses was truth - 'For if you remain completely silent at this time, relief and deliverance will arise for the Jews from another place, but you and your father's house will perish.'

If you don't do what you are supposed to do, someone else will step up to the task. We shouldn't get carried away or complacent to think we are the only solution to a problem...we are not.

Sometimes, those around us can help us identify our purpose. Mordecai sparked something in Esther...'Yet who knows whether you have come to the kingdom for such a time as this?' Esther finally understood her purpose for being queen and what she had been called to do.

Understanding the concept of fasting, Esther told all the Jews to fast with her and her maids too. When it comes to fulfilling purpose, fasting and prayer are essential. Certain things won't shift without fasting and praying.

Eventually, Esther found the courage to approach the king; Haman was hanged, and the Jews were saved.

You were made for such a time as this!

The opinions expressed in this article are not necessarily those held by Cross Rhythms. Any expressed views were accurate at the time of publishing but may or may not reflect the views of the individuals concerned at a later date.
Ibby Oke
Youth Leader
Divine Iconz Youth Ministry
London
www.instagram.com/divine.iconz


View all Life Files by Ibby Oke
Sign up now to receive weekly Life Files, direct to your inbox.