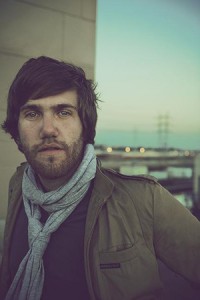 Despite the economic climate and the downturn in CD sales, this, like every other year, the Nashville CCM industry has launched a bevy of new artists and bands. One thing has changed though. Where once such launches would be with the release of a full length album, today the big Christian record companies are likely to test the waters with an EP. Such is the case of new Sparrow Records artist Danyew. The release of 'Danyew' by this San Diego-based artist has already resulted in glowing reviews in the US while in Britain Cross Rhythms have selected two of the six songs for airplay on their three radio stations. Certainly, the EP has an arresting musical quality. One reviewer described 'Danyew' as "a dense wall of sound on these songs with U2-style guitars meeting some fantastic keyboard playing all courtesy of one man - Danyew! The multi-instrumentalist and singer seems content to use the studio as a laboratory to distil his music into something that is lyrically, musically and emotionally powerful."

Phillip Danyew and his twin sister Rachel Marie were born in Orange County, California. He explained, "When I was three we moved to San Diego. I still live out there. I grew up in a musical family; it's easy, when you're exposed to music all your life, to start writing. So I started writing music in seventh grade, and then stuck with it."

Phil's family were heavily involved in the Calvary Chapel stream of churches and helped plant churches in Russia, Hungary and England. Phil was much used as a worship leader. Intriguingly though, when he came to make his recording debut as Danyew it wasn't congregational worship music. He said, "I grew up doing worship stuff, and kind of felt like that's what I had to write. But then when I sat down to write music that's not really what came out, I didn't come out with these congregational worship songs. It was kind of a weird dilemma in my head, because I was like, 'Why? I'm surrounded by worship and I lead worship, but that's not what's coming out.' In my stuff there is a lot about life, but it's worship in its own way: God's a big part of my life, and I'm writing about my life."

The EP was produced by Peter Kipley, the producer responsible for MercyMe's big CCM hits. Enthused Danyew, "I was so stoked just to work with Peter on this record. He's extremely creative. I'm sure we'll be doing more in the future. We were about four songs into the project when Sparrow Records came along. We started recording January 2007 and finished recording January 2009. So it's been two years of tracking, and in between a lot of meetings. Peter actually moved from Nashville to San Diego in the middle of the record. So there are a lot of things that drew out the recording process. We started recording before everybody figured out that new artists are putting out EPs. So we have seven other songs sitting on the rack." 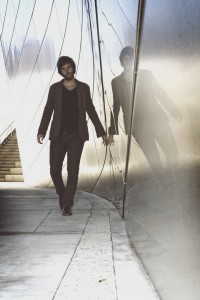 Danyew spoke about "Close Your Eyes", his favourite song on the EP. "I wrote this song when I was out of high school, studying graphic design at college. I was doing a lot of general-ed stuff as well, and I was really challenged, because I'd grown up in a Christian home. I thought, 'All this is fact and everybody believes it - at least in my bubble.' But in college they make you feel like you're an idiot if you believe that there's a God and he created the universe. It really shook me, because I'd never seen it in that light; I've always just seen it like, 'Yeah, this is what happened.' You know, solid facts, which I believe to be true. This song is a picture of my life in that moment. It starts off saying, 'Everything was simple until I started to question all these answers that I already had'. I started testing things. I feel if anything the process made my faith stronger, because I did dig into the details. The chorus says, 'Close your eyes, free your mind, realise we're connected.' We're made by God, we're created; there's just something inside you can feel that's more than just partying or sex and drinking, or whatever you're doing. Everybody has that hole, and truly it's because God made us with that hole, to be filled by him. The song concludes by saying, 'We're connected, we're connected to God.'"

So what is Danyew trying to do with his music? "I'm trying to inspire creativity. I listen to music a lot, and when it's great - I listen to Radiohead a lot - it hits me in the face and I want to stop listening and go write. I hope [my music] does that to people. These songs are part of my life; God is a big part of my life. 'Beautiful King', which is the first single, is a worship song. It started out a song to my sister and it was 'Rachel Marie' instead of 'Beautiful King'. It took two years before I realised, 'Oh my gosh, this is a worship song.' The words that were coming out I realised were too epic for any human to be receiving. So I kind of rewrote some stuff, and it turned out to be a worship song. It was a sneak attack worship song; it surprised me."

Just got back from a youth summer camp where Danyew was sharing his music and leading the worship. Not only is he a very talented musician but he's also a very humble and approachable guy. Here's hoping that the rest of the music world comes to appreciate him as much as we did!

Epic... seriously Epic. Phil Danyew is a great man and an inspiration of serious proportions.

For more on Danyew visit the Danyew artist profile