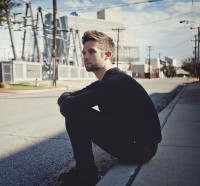 Last year's release of the 'Life Light' album by Matthew Macaulay demonstrated once again that Britain continues to produce much of the best modern worship music around. The Cross Rhythms reviewer wrote about the album, distributed by Joining The Dots, "It would be very easy to compare Matthew's musical approach with Coldplay as both favour anthemic songs with strong piano lines and crescendo-building production. All in all, an uplifting album." Matthew is now a worship leader at Soul Survivor Watford. He took time out from his busy schedule to talk a bit about his life and ministry.

Matthew was born in Manchester on 29th February 1984. When Matthew was a mere 18 months old his family moved to the south east of England to Chorleywood. His parents were both passionate followers of Christ and had made the move to join St Andrew's, the renowned church led by vicar David Pytches. From his earliest years Christianity was a key part in Matthew's life. He admitted, "I can never remember a time without Jesus, no grand prodigal story or dramatic conversion experience, he's just always been there. I've tried to the best of my ability to walk closely with him the 28 or so years that I've lived on the earth. Some years I've been more successful than others, but I've never contemplated life without him."

Music was always a vital part of the Macaulays' lives. Said Matthew, "Musical genes and passion exist on both sides of the family and I was never far away from exposure to it. My mum's dad was a church organist and classical music fanatic. My dad's father was one of the best pipers around aged 17, enjoys writing, performing and plays multiple instruments. Mum went to the Royal College of Music and majored in Piano and violin and I have many fond memories of my father and his passionately, guitar-led, camp fire sing along type sessions with all the family at Christmas. My obsession from the age of two was the drums, I started with my own small kit from Father Christmas, aged three, and used to attend worship rehearsal with my mum, play some percussion and sit behind the drummer during the service."

So how did Matthew get involved in worship ministry? "Fast forward a few years and mum and dad took on leading the worship for the family service at St Andrew's. I was now aged eight and was given the opportunity to play for this service once a month. I loved it. I still get that same feeling now when I lead people in worship, I think it's what some people call anointing, it's hard to describe, but something profoundly deep and spiritual. It points to God, draws others to him and stirs a deep longing to give him praise. It's much more than the music. It changes the atmosphere and sets people free. That's an important sentence for me. Time and again over the last 20 something years I have had countless prophetic words from different people in different places given to me around the Isaiah 61 passage. If I could sum up what I thought my calling was (and this works itself out in many different ways), it would be 'To set the captives free to worship him'. I love seeing this happen. Not just in relation to leading worship but as I live out my life day by day." 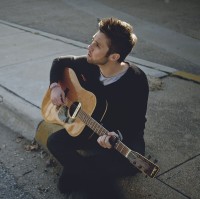 As a worship leader at St Andrew's Matthew could see that some of his songs were connecting with the congregation. He began to dream of making a recording. In 2008 that is exactly what happened. Matthew explained how his album 'As For Me' (released through Authentic Music) came about. "I had been working at our local sport shop for about four years and began working a day a week with a family friend as his assistant at Decca Records in London. Through this I became friends with a producer called Kipper. They knew that I'd written a few songs that we'd begun to sing in church and wanted to help me develop that and suggested that we make a record together. There was one small problem, I didn't quite have enough songs! I went away with a friend to Greece for two weeks, took a guitar and wrote as many new songs as I could during that time. I borrowed some money from my friend's parents and began the adventure. We had a lot of fun making the music and we signed a licence agreement, for 'As For Me' with Authentic."

Matthew tells a story as to how his 'Life Light' album came about. "A man worked on a farm. One day the farmer came to him and placed a small red bucket in his hand. 'I need you to go out into the fields to collect water.'
'But why?'
'Do you trust me?
Yes.
Then don't question me, just return when your bucket is full.
The man walked out into the fields, thinking it would only take a couple of weeks to fill the bucket. It took seven years. He filled it with drops of rain and even his tears. Eventually he wandered back to the farm.
Here is the water I collected.
Will you let me use it?
But it's taken me seven years to collect.
I know, said the farmer. Do you still trust me?
I do.
And with that the farmer emptied the small bucket of water into his reservoir.
Life and Light. These two words describe who Jesus is and what we can share with others when we follow him.
Honest. That's the one word I can think of that best describes the album.
Catching fish. That's what I hope the album will do. I hope it will help people by giving them something that lights the way, something that draws them home. Or, to put it another way - It took me a while to fill this little bucket. But I hope it can help bring life where life is needed."

To wrap up our interview with the 28 year old worship leader spoke about the future. "I've just got back from a wonderful three months away in the US. I'm not sure what the future holds, but I'm excited and I know that God has prepared the way ahead. I just have to take each small step as he shows it to me. Staying as close to God as possible is, I've found the best plan around."