25 Songs That Changed The Way We Worship: Stories behind the songs 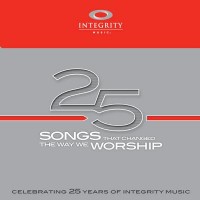 This month Kingsway released a very special various artists album. '25 Songs That Changed The Way We Worship' celebrates the huge contribution that Mobile, Alabama's Integrity Music have made to the development of contemporary worship. The two CD/DVD set offers an impressive selection of many of the world Church's most popular worship songs and recordings. Said C Ryan Dunham, president of Kingsway and Integrity Music, "These songs serve as a powerful reminder of why Integrity Music started in the first place - to share the songs of worship that give a dynamic voice to generations of worshippers worldwide, uniting us in awe of our wondrous, majestic God This is the foundation for our next 25 years and more as we are captivated by the strength of a song to connect hearts and minds." Here are the stories behind the songs.

"Open The Eyes Of My Heart"
Artist: Paul Baloche
Writer: Paul Baloche, published in 1997
While leading worship one morning, the phrase "Open the eyes of my heart" popped into Paul Baloche's mind. "I'd heard a pastor pray that a couple of years before and I had written it in my journal," recalls Paul. "Later, I looked into Ephesians 1:18 and spent some time there, praying that." So as Paul was leading, he sang out, "Open the eyes of our hearts, Lord. Open our eyes, Lord. We want to see you." He wasn't sure of how the rest of the song came, other than that he was thinking about Isaiah, "Lord, to see you high and lifted up." Thankfully, Paul's sound technician was recording the service and captured the moment. "It just felt like the sincere prayer of our hearts at that moment," Paul remembers.

"Give Thanks"
Artist: Don Moen
Writer: Henry Smith, published in 1978
In 1978 a young seminary graduate named Henry Smith was struggling to find work and coming to terms with a degenerative eye condition that would eventually leave him legally blind. Despite those hardships, Henry found hope in 2 Corinthians 8:9 and penned "Give Thanks," one of the most beloved songs of our time. "And now let the weak say, 'I am strong'; Let the poor say, 'I am rich' because of what the Lord has done." Years later, a young worship leader named Don Moen would record Henry's song, helping to carry it around the world. Today, you can hum "Give Thanks" at almost any church in the world, no matter the country or the language, and someone will recognize this simple song of thanksgiving and trust.

"Above All"
Artist: Lenny LeBlanc
Writers: Paul Baloche and Lenny LeBlanc, published in 1999
Paul Baloche didn't start out to "write" a song when the words to "Above All" came to him. He was just spending time alone, worshiping the Lord. But as he meditated on Jesus, the words poured out. "Lord, you are above all kingdoms, above all thrones, above all the wonders the world has ever known." Paul struggled for over a year to write a chorus that fit the verses. But it wasn't until he sat down with friend Lenny LeBlanc that the song began to fully take shape. Lenny suggested, "Crucified, laid behind a stone. . . like a rose trampled on the ground. . ." and suddenly they realised that something wonderful was coming together. By the time they had written "You took the fall and thought of me. . . above all," they were in tears.

"I Exalt Thee"
Artist: Pete Sanchez
Writer: Pete Sanchez, published in 1977
As a young husband and father, Pete Sanchez was seeking guidance and studying the Psalms. While meditating on Psalm 97:9, he was struck by the beauty and power of the verse, "For thou, Lord are high above all the earth." Wanting to capture this praise in song, he went to the piano and began writing. But he couldn't seem to finish it. For well over a year, he struggled to complete the song but just couldn't find the right words. Then, out of the blue, the chorus came to him. This simple song of praise, and personal cry from a worshiper's heart, is now sung by believers around the world. 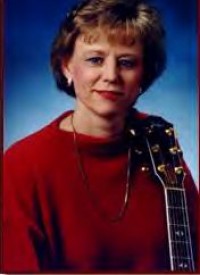 "Be Magnified"
Artist Randy Rothwell
Writer: Lynn DeShazo, published in 1992
One morning in late 1990, Lynn DeShazo picked up her guitar, strummed a chord and sang, "I have made you too small in my eyes, O Lord, forgive me," the opening lyric to her beloved song "Be Magnified". Though startled and not sure of where the words came from, Lynn immediately realised that she had stumbled upon something special. She finished writing the song in early '91 and began sharing it with churches. People responded immediately to this song of praise that flowed from a broken and contrite spirit. "I have leaned on the wisdom of men. O Lord, forgive me."

"Shout To The Lord"
Artist: Darlene Zschech
Writer: Darlene Zschech, published in 1993
Some of the most moving songs of praise are often birthed from times of despair. Such was the case with "Shout To The Lord". While going through a difficult time and desperate for the peace of God, Darlene Zschech sat down at her old piano, the same one she'd had since she was five years old. She turned to Psalm 96 and without setting out to do so, she penned one of the Church's most well-known praise songs in about 20 minutes. Though she had been writing songs since her teens, Darlene never considered herself a songwriter. And it was with trepidation that she shared the song with her church. But the response was immediate and the song quickly travelled around the globe, giving believers new words to express their hearts to God.

"God Will Make A Way"
Artist: Don Moen
Writer: Don Moen, published in 1990
After learning that his young nephew was killed in a car accident, Don Moen searched for some way to help bring comfort to his grieving family even as he struggled with his own sorrow. While reading Isaiah 43, he asked God to give him something that would bring hope to the family in the middle of a hopeless situation. As he prayed, the words for "God Will Make A Way" came to mind. "He works in ways we cannot see, He will make a way for me." For a while, that song remained a private message for his family. But slowly, he began sharing it with others and soon found that it was a message for the whole Church. A message to cling to when "there seems to be no way."

"There Is None Like You"
Artist: Lenny LeBlanc
Writer: Lenny LeBlanc, published in 1991
In the late '80s, Lenny LeBlanc, formerly of the hit-making duo LeBlanc & Carr known for their pop single "Falling", began writing songs for his local church. He also began recording with Integrity Music. While working on the album 'Pure Heart', Lenny found himself on a deadline to pen new songs for the project. Ordinarily when writing, Lenny says he would play the piano, humming along to stir up ideas. But one morning, as he sat down to work through the process, he immediately started singing the words "there is none like you." Lenny took a break from writing, mulling over this new song and wondering if he might be on to something. When he went back to the studio and began playing it again, the weight of the words hit him. Lenny recalls weeping, not only because of the lyrics, but also in thankfulness that God had given him the song.

"I Worship You Almighty God"
Artist: Leann Albrecht
Writer: Sondra Corbett-Wood, published in 1983
As a young woman, Sondra Corbett-Wood was living in Dallas, Texas, attending Christ For The Nations Institute and playing and singing with CFNI's music ministry. Before a service, Sondra went to the music room to pray and spend time alone with the Lord. She remembers sensing that God was so present, so close. And as she opened her mouth to sing, the words "I worship you, Almighty God, there is none like you," just tumbled out. Following school, Sondra went through a season where she drifted away from the spiritual foundation of her life. Devastated and broken, she returned to her home in Kentucky where her church family loved her and helped her find restoration. Though difficult, Sondra feels that experience taught her an even deeper appreciation for God's presence and the depths of his grace.

"Awesome In This Place"
Artist: Kent Henry
Writer: David Billington, published in 1992
"As I come into your presence, Past the gates of praise. . ." Some songs are so simple, yet so rich in vertical expression. David Billington's "Awesome In This Place", which was featured on the album 'The Secret Place' with worship leader Kent Henry, is one of those songs. The song draws from Psalm 22:3, which tells us that God is enthroned on our praises. And now, thanks to Jesus, we are no longer dependent on the high priest who enters the outer court on our behalf with a sacrifice. Rather, we may now enter his courts with a sacrifice of praise and behold our God "face to face."

"Ancient Of Days"
Artist: Ron Kenoly
Writers: Jamie Harvill and Gary Sadler, published in 1992
As writers Jamie Harville and Gary Sadler were working in a converted studio at Jamie's house, they were inspired by the description of God as the "Ancient of Days" from Daniel 7:22. Gary had already decided upon the title for the song and a basic verse melody, and Jamie had been listening to a South African artist who inspired him to pursue the ethnic drum patterns in the song. Following the song's completion in 1991, it was featured on a live recording by Ron Kenoly. Jamie remembers being at the recording with his family and parents and seeing the look of pride and wonder on his mother's face as they performed the song, a memory he'll never forget. He knew at that moment that his music lessons had paid off and a songwriting career had begun.

"Days Of Elijah"
Artist: Robin Mark
Writer: Robin Mark, published in 1996
In late 1994, Robin Mark watched a recap of the year's news stories, including the horrific Rwandan genocide, and was struck by despair over the state of the world. As he prayed, he felt assurance that God was very much in control. But he also sensed that we are living in a season that would require Christians to be filled with integrity, taking a stand for God as Elijah had. Drawing from the Old Testament, he examined the virtues and attitudes we would need in such days - righteousness, justice, revival, unity, worship and praise. "It is in essence a song of hope for the Church and the world in times of great trial," says Robin. "The chorus is the ultimate declaration of hope - Christ's return."

"Hosanna"
Artist: Paul Baloche
Writer: Paul Baloche and Brenton Brown, published in 2006
Paul Baloche says the song "Hosanna" was birthed while he and fellow songwriter Brenton Brown were thinking about Palm Sunday. They visualised Jesus seated upon a donkey, entering Jerusalem as the crowds cast down their cloaks and branches before him, shouting "Hosanna." Paul said they meditated on this tableau compared with our own sense of excitement and expectancy as we enter into worship. Like the crowd that day in Jerusalem, we come before the Lord, crying "Hosanna" as we celebrate our Saviou, the oe who is "worthy of all our praises."

Great article. I love all these songs!