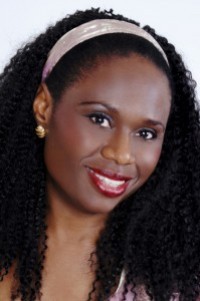 The release of the independent album 'Great Miracles' by Adesuwa Bullen brings another exceptionally talented singer and songwriter to the UK gospel scene's attention. It is in many ways the final fulfilment of a prophecy her mother received when Adesuwa (which, incidentally, means a sense of prosperity) was still a child. She recounts, "When I was 10 my mother was given a prophecy that I was going to sing for the Lord. I remember looking at my mum when she was given this prophecy and saying, 'No, I'm going to be a hairdresser'."

Adesuwa was born in Highbury and was brought up in Swindon. At the age of 20 she developed a passion for singing. One eventful evening she met musician Hugh Bullen who had a wealth of musical experience having played bass with R&B bands Soul Trinity and then Joe Young & The Tonics who in 1970 supported Aretha Franklin at the Hammersmith Odeon. When Joe Young went off to join the Foundations, Hugh relocated to Italy where he played in a soul band for 10 years. During this period of his life Hugh avoided most of the drugs that were part and parcel of the soul scene. He says, "Funnily enough, I always use to have a Bible near me, and when I saw things like that I always managed to go in the other direction. I've tried those things maybe once or twice in my life, I can count on one hand the amount of times I've ever tried anything like that."

Back in England, Hugh was playing a set at a London club when he met the lady who was to change his life. He recounts, "I was on stage doing all of Marvin Gaye's stuff and Adesuwa walked into the club. I went and asked her, 'Are you a singer?' I eventually got her up on stage and afterwards I said, 'Well, you might as well stay'. I was fronting the band but when she came I took a back seat, played bass and did some backing vocals."

Romance soon blossomed for the two. But as well as romance there was a spiritual awakening. Continues Hugh, "We just went into sync really. Her mother was guiding us a lot, she was taking us to lots of different churches, we began to see people being healed, and I took to it like a duck to water. All my old friends disappeared." 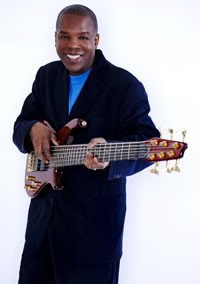 Adesuwa adds, "After we started working together I heard the Lord speaking to me one day, saying 'come home', but I didn't listen. When the club closed down I said, 'I'm going home' and Hugh said, 'I'm coming too'."

After their conversion, Hugh went to work with an American software company. But though Hugh recognised the Church gave few opportunities to earn a living in gospel, he and Adesuwa began recording tracks together. Eventually, in 2007 they made a limited release of the dance-orientated gospel song "Free Spirit". Then using his hard won musical skills Hugh produced and engineered a Tottenham-based choir, Living Praise. But then Hugh and Adesuwa began serious work on what was to become 'Great Miracles'. Hugh speaks about the songwriting process: "I have lots of musical pieces in my head. I'm often composing on guitar, which is my favourite, I've been playing since I was eight. I come up with a few melodies and Adesuwa takes it from there, and she just finishes off."

Now that the album is released on the Bullen's Inspirals label Adesuwa is confident God will open doors for her. She affirms, "People are saying that the album really stands out from the crowd. Even though it's on an independent label, I believe that the Lord has a plan for the album and for our whole lives. As a child I wasn't very happy and I was praying and the Holy Spirit showed me that there would be more in my life; he showed me trains, he showed me planes. The trains were when I went back to live with my mum, then I went to college and had to take a train. Now the planes have started. We've just done our third gospel concert, and God has said to me that we are going to be touching nations. That door has already started to open, we've been invited to play in America. Unfortunately we don't have the finances to get there at the moment. But doors are opening in South Africa. I am taking everything in front of the Lord and am also asking pastors and ministers to pray for us."

Great article. Is it possible for my email to get forwarded on to Adesuwa please. Iâm one of her former students and played with the band a few years back. I remember âGreat Mirableâ very well!