American Alternative: A closer look at the alternative music scene 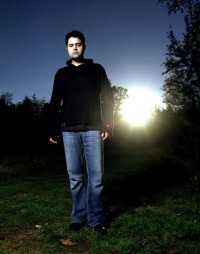 First they called it indie, then new wave, but finally alternative won out as a moniker. But although alternative rock is talked about throughout the length and breadth of the music industry, and though there has been an absolute surge of popularity of indie/alternative rock bands, there is no comprehensive definition of alternative rock in sight. Colin Larkin, the editor of The Guinness Who's Who Of Indie And New Wave admitted as much in his 1995 Editor's Note when he stated with considerable irony, "My real title for this book was 'The Guinness Who's Who of Music After The Sex Pistols Played By Creative On The Edge Musicians With Lots Of Nice Guitars That Sound A Bit Like The Byrds, Velvet Underground And The MC5'." It is then an attitude rather than a sound. It doesn't mean it has to be released on Anarcho Punk Prophet Records with a limited pressing of 39 copies. It does not mean that you have been in underground fanzines and not Smash Hits. And it does not mean that if you are enormously successful you lose the right to the 'alternative' description.

The CCM world came rather late to alternative rock. By the '80s most American Christian radio stations had found a sound they were comfortable with - pop and inspirational - and such rock as there was was performed by bands like Petra and the Resurrection Band who'd pioneered the Church's move into pop culture in the '70s and were even then somewhat long in the tooth. For a while it seemed that Christian rock bands with an indie/alternative vibe like the Choir and the Seventy Sevens were one-offs. Then Christian heavy metal became a subculture within a subculture. Driven by fanzines like Heaven's metal, Christian metal grew into a scene which though ignored by America's Christian radio, produced thousands of bands whose privately produced "demos" sold on the strength of gigs and fanzine reviews. Christian heavy metal-orientated independent labels like Pure Metal and REX sprang up.

After a while Nashville CCM companies tried to buy into such labels but too late for already another wave of teenage bands were moving into the underground. The various subdivisions of heavy metal lost much of their youth popularity and in metal's place came ever-increasing waves of bands whose sound was as different from the underground head bangers as the classic AOR of Petra and White Heart. By 1994 independent companies were emerging to record these alternative bands. The most successful was Tooth & Nail Records, founded by a 23-year-old entrepreneur visionary called Brandon Ebel in a Newport Beach, California apartment amid stacks of boxes and a livid roommate. Now a little over three years later. Tooth & Nail has attained $7.5 million in sales, a 28-member artist roster and an unprecedented partnership with the giant EMI Christian Music Group for the purpose of launching BEC Records (Brandon Ebel Company). Ebel, who still functions as head guru with Tooth & Nail, says BEC is designed to promote a handful of former Tooth & Nail bands, like the Supertones, to a wider audience.

"Independents have passion the majors may not have," Ebel says from his Seattle offices. "Their employees have their ears to the street. They're going to concerts - and definitely not the (traditional) ones. Indies take more risks. They like doing what they do just because they like to. And usually Indies can make records more cheaply, and their staffs aren't paid as much."

Tooth & Nail's roster of such as the Supertones, MxPx. Starflyer 59, Plankeye and Stavesacre began to make such sales impact that they were the catalyst for many more Indies to explore the Christian alternative rock explosion. Gray Dot Records grew out of a Georgia live music club and an underground music paper Vision Of Gray. In late "94 Vision Of Gray's head David Vanderpoel noticed that local bands on VOG CD compilations were getting snapped up by Nashville CCM companies "at an alarming rate". The Waiting, Smalltown Poets, Luxury and Third Day were among them.

"We were in the middle of a real wealth of talent, so we made a conscious decision to radically change the company's direction and start a regional label," Vanderpoel, 27, recalls. "It was a response to the majors farming Atlanta for talent. And we'd built this scene up! So why not have an Atlanta label?"

The trend of major labels gobbling up medium-sized labels is good for Indies, Vanderpoel says, because the bigger the giants get, the slower they move - and Indies are freer to act on music quickly. "Most Indies can succeed and survive if they're agile, if they can turn on a dime," he says. "One of our bands, Loudflower, wrote a great Christmas song around Thanksgiving so we just called the manufacturer and they turned the single around before Christmas. There's no way that could happen at a major."

As Christian alternative rock moved from an underground scene to a major CCM craze, many large CCM companies started alternatively orientated companies or "fake Indies" as Brandon Ebel rather critically calls them. "Fake Indies are financed by parent companies that want the indie vibe and they can survive financial burdens because they're part of major systems," he declares. "But true Indies face struggles every day."

The kind of label Ebel no doubt disapproves of is Organic, the new alternative label under Pamplin Entertainment. Managed by Mark Whitmore. "When you're a manager, you're involved in all areas of an artist's career," Mark says, "creating more opportunities for them, getting them on magazine covers, making their songs more successful. So it was natural for a guy like me to get involved on a label. Besides, managers always think they know everything!"

Whitmore is all for the appeal of well written songs. "We want to get back to the great songs and great music by people of integrity," he says of the label that's home to Say-So, Spyglass Blue, Britain's Split Level and hard rock veterans Bride. "We're not going for the big adult contemporary anthem."

Though owned by Pamplin, Whitmore says that Organic has plenty of autonomy. "That was part of the vision," Whitmore says. "(Pamplin president Gary Randall) wanted to make music for kids in the alternative and rock markets with a different look, vision and approach and get back to grass roots as opposed to big, slick productions. We figured we could do it as well or better than big record companies by letting the artists be who they are."

One of the criticisms sometimes levelled at the surge of new bands being marketed as Christian alternative rock is that often their lyrics are more oblique, and less specific than those of other forms of CCM. Probably one of the most impassioned voices in the ongoing debate belongs to Bill Power, operations manager of Tooth & Nail Records. "Nowhere in the Bible will you find a single scripture that refers to what is and what isn't Christian. The only thing clear about music from scripture is that it is a "skill" (you'll find that reference seven times!) and that it is to be to the "glory of God". It is never mentioned as a "spiritual gift", "ministry" or "calling". Not even once. But for some strange reason the Church in America (they don't see things this way in Europe or elsewhere) has adopted a policy different from scripture which I find exceedingly odd. They define "Christian music" loosely as (in my words here), 'Music with lyrics that contain a gospel message, whose sole purpose is to convert people to Christianity.'

"This is a utilitarian view of music that is only one view. It is fine to use music as a tool. But, that is not the only thing music is good for. It is a form of entertainment. It is a form of communication, of ideas, emotions, etc. And notes are notes. Chords are chords. Music is music. Whether the artist is a believer or not -all truth is God's truth. Whether Amy Grant, Lenny Kravitz, Downset, Social Distortion or Petra are singing about it. Somehow, however, we have elevated music to a level of importance in our lives that I cannot comprehend. Is a CD more important than literature? Is it more important than a strong knowledge of scripture and Judeo Christian philosophy?

Today America's Christian alternative rock comes in a wide variety of songwriting approaches - from the evangelistic anthems of early Third Day to the silly quirkiness of an MxPx - and a wide range of musical sub-genres - from the retro ska of the Supertones to the wall-of-sound hardcore of Stavesacre. One thing is certain however. Its popularity is likely to continue for some time to come.