AwakenUs: A Kansas City based band speaking out against human trafficking

Hannah Rose Sadler reports on pop rockers with a passion for God, AWAKENUS 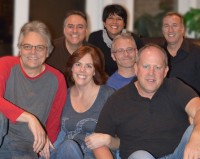 AwakenUs are a band of nine friends and musicians based in Overland, Kansas. In the words of their lead guitarist Tony Bockelman the band came into existence "as a result of poor communication, bad decisions, hurt feelings, rebellion, love, caring, support and a passion for God. We started sometime back in 1999 with many ups and downs along the way."

As it turns out AwakenUs have managed to achieve what only a small fraction of the tens of thousands of independent artists have done, namely record and release a CD which has caught the ear of national, and even international, music buffs. The Cross Rhythms reviewer described the sound of 'The Forgotten' EP as "classic '70s rock, along a spectrum from Fleetwood Mac to occasionally Deep Purple. The former are a reference point, mostly because of the driving yet acoustic foundation to their sound and the sharing of lead vocals between the female and male voices in the group." Later on the reviewer enthused, "The songwriting is of consistently good quality too, thematically about reaching out with the Good News to those in need around us."

So who precisely is in AwakenUs? Their current lineup is: Stan Sword (vocals, guitar), Holly Huston (vocals, band leader), Steve Kuker (drums, backing vocals), Jerry Wilke (keyboards, vocals), Doris Vorndran (bass, vocals), Tony Bockelman (guitar), Mark Gabert (guitar)and Ron Siberg (bass). They began playing worship and praise music for Holy Cross Lutheran Church in Overland Park, Kansas. Holly Huston was asked what she remembered about the Holy Cross years. She responded, "The amazing friendships that have survived both trials and the years. I love these guys! They are an awesome example of the Church."

Around 2005 AwakenUs began ministering in weekly Thursday night gatherings called Praxis Services targeted for teens to 30-somethings. Explained Ron, "We held a Thursday night service for modern praise and worship music, Bible study and relationship building within the congregation. Our intent was to act out the Great Commission by serving our community through various service works. Essentially, Praxis was the precursor for Reveal Ministries, our not-for-profit organisation dedicated to bringing a message of hope through Jesus Christ." Holly added, "The Praxis community were the guinea pigs for our first songs."

In 2008 around the time of the Praxis Services Holly had a vision for an original song. She recounted, "I remember going home after one of the services and 'hearing' the song 'Mirror' - the words, the melody, the harmonies - in my head. It was like God was saying, 'Here's a song'. It was then up to us to decide what to do with it. Praxis got to hear those first fumbling attempts." This was quickly followed by the song "Awaken". Later on that year the group parted ways with the Praxis gatherings and began recording a full length album of original material.

The album 'Reveal' was recorded in 2009 at Rundown Studios in Topeka, Kansas. Holly spoke about the recording: "It was both fun and scary, fun that we were really recording these songs that we'd written, and scary because when you record, you have to do it 'right' - as in perfect. And then there's that moment when you listen to yourself, it's like 'is that what I sound like?' Added Ron, "My first recollection from that time period was the overwhelming thought 'How did this group get here?' But then I came back to the realisation that God made this all possible for us to do; everything from the finances, creative content, time commitment, everything! In the end, one particular moment was especially moving. Holly was listening to the first rough edit of 'Awaken' (the first single from 'Reveal') and she became totally overwhelmed with emotion. For her, it was such a blessing to finally hear a recording of a concept that was planted in her mind eons ago." 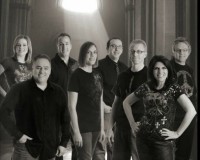 During this time they also set up Reveal Ministries, a non-profit organisation to promote God's message of grace. AwakenUs also started being asked to minister at churches and events outside of Kansas. In 2010 the band played in aid of the Red Cross relief efforts in Japan and in 2011 they held another show, in aid of the Red Cross for Haiti.

'The Forgotten' was released on 29th January 2013. Holly spoke about the title track: "The song wrote itself, and we weren't sure why. It wasn't too long after it was written that we were stunned to discover that Kansas City is one of the hubs for human trafficking. Human trafficking is a worldwide nightmare, and yet it's a relatively unknown problem. There are thousands of forgotten ones out there and they need our prayers/help. The song 'The Forgotten' reflects this."

Commented Ron about his involvement with the project, "My wife Anna and I helped with the composition of all five songs on the EP. As a group we seem reinvigorated to spur new subject matter. We also had hoped to step up our production quality and technical savvy. I think we accomplished all of those goals on this recording. I can't wait to hear what the next effort will sound like!"

One of the EP's outstanding tracks is "Fallible". Said Ron, "'Fallible' started in the Praxis days where we took an intensive, extended look at the book of Acts. During that time period, I attended a two day video simulcast intended for writers, political leaders and even the CEO of Best Buy who talked about the importance of going out and representing on a daily basis what it is to act out the faith. The most poignant speech came from a lawyer who was rescuing girls from human trafficking in South East Asia. So here was this person doing God's work challenging me to do my part. I had this sense of lament taking over my thought process. I know it wasn't the good lawyer's intent, but I couldn't shake the feeling that whatever I did will not measure up. So that's where the first half of the song is rooted; this path that my life has taken so far with the unknown immediate future that I can conscientiously strive for better results. The second half of the song is totally redemptive. The fact is everyone can do God's work where they are. We just need to make the effort."

So what does the future hold for AwakenUs? Said Holly, "We plan to continue playing out in the community, writing new songs and creating some new EPs." Added Ron, "Our plans have always been what God's plans are for us. Unfortunately we are not always as observant as we should be. Whatever it is, we wish it to be engaging and encouraging to our audience."

The opinions expressed in this article are not necessarily those held by Cross Rhythms. Any expressed views were accurate at the time of publishing but may or may not reflect the views of the individuals concerned at a later date.
About Hannah Rose Sadler