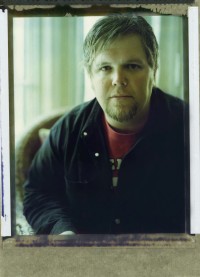 Only a minority of UK Christian music buffs will be familiar with the name Bart Millard. However, once one identifies this quietly spoken Texan as the lead singer and composer with CCM hitmakers MercyMe glimmers of recognition will no doubt flicker. Few can have failed to have heard MercyMe's moving recording of a vision of Heaven "I Can Only Imagine" and though that classic Bart Millard composition didn't repeat its American success (where it went all the way to number one in the pop charts) here, it did get considerable exposure at Spring Harvest. The MercyMe album from which it came, 'Almost There' (2001) and its follow up 'Undone' (2004) have both sold huge numbers. So it's a surprise to find the band's frontman stepping out from the group as he has done now for his 'Hymned' album. Did Millard think people might see the solo album as a sign of an impending MercyMe breakup? Bart told CCM magazine, "When they hear the record, they'll know why it's a solo record and they'll never think I'm leaving the band. I've got the greatest job in the world. I can do this and MercyMe all in the same day." In fact, Bart's bandmates have been very supportive of their lead singer's solo project. Said Bart, "The band has been really cool about it. When they found out what the style was, they knew it couldn't be a MercyMe record and they knew how special it was to me. They've known for years that I've wanted to do this."

Well known Nashville CCM figures recording their versions of hymns has become a popular idea recently with Amy Grant, Jars Of Clay, Out Of Eden and Ashley Cleveland all releasing hymns albums this year. Bart admitted he thought his record label might think it bad timing to release Millard's interpretations of the American hymnal. "I was guilty of second guessing the label," he said, but instead of shelving the idea, INO president Jeff Moseley felt it was good timing. "He said, 'There's nothing greater for your record and the rest of the hymns records than to come out the way they are, because it's creating awareness for the audience. It's great timing.'"

Intriguingly for a figure best known for his pop rock performances and whose band had once recorded, independently, a contemporary worship album, Millard is very keen to see modern church services incorporating more hymns into their weekly worship services. "Taking hymns out of the worship service is like kicking the elders out of the church. It's like taking all the older people out of the church that have so much wisdom and experience and knowledge. [The hymns represent] a vital part of where we came from and when we forget where we came from, Lord knows where we are heading. There's no question these songs are vital to the church. They are who we are, who we will be and I just hope that people get into them again."

The roots of 'Hymned' actually go back to Millard's childhood. Millard recalled his extremely difficult family history. "My grandparents started a little bitty church outside of Greenville, Texas called Aris Heights Baptist Church. My grandfather was a preacher and my grandmother was a treasurer. My mom and her twin sister were the piano and organ players. My dad and my uncle were deacons. Back before I was born, my grandfather left my grandmother for another woman in the church, took off and kind of turned his back on faith and everything."

The disaster which befell Bart's grandmother didn't shake her staunch Christian faith. Remembered Millard proudly, "My grandmother stayed in that church up until the day she died. She had so many reasons to be bitter, but I never saw here say a mean word. She always would say that her prodigal would come home. She really believed that PawPaw would come home. He never did, unfortunately." 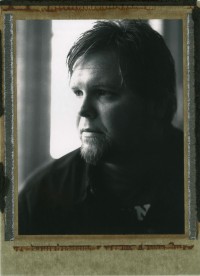 Millard considers 'Hymned' a tribute to his beloved grandmother and a sacred heirloom for his children Sam and Gracie. His grandmother, Ruby B Lindsey, who died in December 1999, was the key figure in determining the selection of the hymns Millard recorded. "She's a huge influence on the project. [In deciding] which hymns I was going to use, it really came down to the ones that I had the most vivid memories of her singing. A lot of the decisions we made were based on if grandma would like it." Millard's readings of such classics as "Have A Little Talk With Jesus", "The Old Rugged Cross", "Power In The Blood", "Softly And Tenderly" and Thomas Dorsey's timeless black gospel anthem "Precious Lord, Take My Hand" are sung in a style which reflects Bart's country and blues music roots. Bart recalled being next to his grandmother on Sunday morning in the third pew. He laughed, "She couldn't sing very well, but she loved making a joyful noise. She was always the loudest person in the church. I was too short to see, so I would stand in the pew so I would be eye level with her. I'd be holding my hands over both my ears and she would sing at the top of her voice. It was unbelievable, but now looking back, I have to laugh because I can't imagine life without it."

After Bart and his wife's son Sam was born, the couple were talking about changes in church music programmes and how hymns were being neglected as most churches began utilising modern worship songs. Said Bart, "There was a good chance that Sam might never hear any of these songs growing up because they aren't played in the church as much as they used to be. When Gracie was born last November, that settled it. I really wanted to do this." Recording the album has given Bart the chance to work with some of his heroes and friends in the music industry, including Southern gospel singer Russ Taff, country music star Vince Gill and acoustic singer/songwriter Derek Webb.

Vince Gill stopped by the recording studio for his 'Hymned' session immediately after an appearance on the Grand Ole Opry. Producer Brown Bannister called to tell Bart that Vince was there singing on his record. "I was flipping out," remembered Bart. "I was ecstatic. I got on the phone with him and told him how much I appreciated it and that was a treat." Another treat for Millard was having Russ Taff join him on "Precious Lord, Take My Hand". Said Millard, "I've been a huge Russ Taff fan my whole life. He just epitomised what I wanted to be in life, his voice, everything. I'm still a huge, huge Russ Taff fan. We got together at a [Bill] Gaither event a few years ago and became friends. I asked him then - if I ever do a hymns record, would he sing on it? He said, 'Absolutely!' It was an awesome time. Every once in a while you meet somebody who is as genuine on the inside as they are on the outside."

Hi,
I am evangelist T.Suvarna Kumar
from India. I pray that lord may bless you richly. Keep up your good work. I would like to conduct big music concert for Christians with you in India. Would you like to come to India?

With love in the Lord,
T.Suvarna Kumar
Evangelist
India