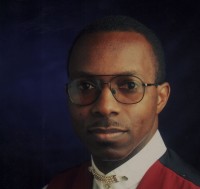 Today, one of the highest moments in the life of many a gospel artist is that moment when their name is called out and they step onto a podium to be handed an award. Picture it if you can: here they are, in a hall full of people (the more people there are there the better, as everyone likes their moment of glory to be seen by as many people as possible) and the master of ceremonies identifies the award category. He reads out the names of the nominees, picks the winning envelope, pauses for a few seconds to lengthen the tension and then calls the winner forward amidst applause (which is determined by whether the audience thinks he or she should have won). Then the winner goes out all smiles, talks about what a surprise and honour it is to win the award, followed by a few more platitudes of humility, a vote of thanks and more applause.

It happened to me in 1993. The DMI Gospel Awards had been going on for a few years and for the radio category, everyone else in gospel music radio had won the award; the law of averages said it was my turn: Then the DMI committee decided that this was the year to allow winners to be selected by a public vote which was conducted with the help of The Voice newspaper. 1 thought this was a conspiracy! I thought this was designed to prevent me getting what I felt it was my turn to get and I actually considered asking to be left off the list of nominees.

But then I stayed in and a few weeks later at the Hard Rock cafe in London's West End, I got the shock of my life when I was called out as the Gospel Radio Personality of the year. When I stepped out on that stage, I knew no one could deny my entitlement to the award as this was a public vote. Allegations of a fix, favouritism or anything could not be made.

When I got home that night at the end of the award ceremony reality set in. I still lived in the same shack of a studio flat, the cupboards were still bare, and there was no food and nothing to drink to celebrate my win. I was still unemployed and the next day, no floods of job offers came pouring in through the letterbox. At the end of that month, Choice FM still paid me what they'd been paying before. Nothing had changed.

Two years later, when Premier Radio came along and asked me to host their Saturday Night Gospel Show, they didn't even know I'd ever won any kind of an award. That award has made no difference in terms of everything that's happened to me at Premier ever since and in all honesty I can't even say my present boss knows that seven years ago I was elected the 1992 Gospel Music Radio Personality 0f The Year. And I personally think it's just as well because now, no one can take credit for anything I have and have enjoyed to this day.

So why today are we still so hung up on awards form people or organisations? Based on my own experience, I can only speculate that it has something to do with that desire in us for public acclaim. We all want to be recognised and we all want a pat on the back for all our efforts. There is probably nothing wrong with that on the face of it.

But let's look at an award for what it really is. It's someone, somewhere deciding that they think you have done whatever it is that you do well enough to receive what they have to give you. In fact, the prize you get may not even begin to reflect the value of what you have been given an award for! And if the public elected you to get the award, that simply means you were popular enough to get everyone's vote. It doesn't mean you are doing what is right!

Hitler rose to power as quickly as he did in Germany during the late 1930s because he was popular, but that did not make Nazism right. When a forthcoming award ceremony is announced, we all glance eagerly at the different categories to see if we qualify to enter for any of them. Then we wait anxiously to see if we will be nominated and if we are, we wait to see if we will get the award and this is followed by elation if we win or disappointment if we do not. And as long as human beings have anything to do with the decision as to who wins what, it will always come down to whether they like you or not.

The only way we can ever be sure that we have done the right thing the right way is when we see its impact on the lives of people and the subsequent reward we receive from God here on earth. That may NEVER involve an award and in fact it may result in frequent ^persecution.

So, as you step out today to pursue whatever it is you do, ask yourself e following question: After you have finished; do you want an award from man or a reward from God?