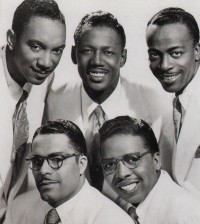 For five decades I've been a fan of black gospel music. Since the first gospel music I bought in 1963 - a two artist EP by The Dixie Hummingbirds and The Sensational Nightingales - I have thrilled to the music of countless African-American singers and groups who have been given the opportunity to record their music and release them to the public. But what public? When, in the early '60s, I first began buying EPs and albums in Britain, US gospel music was very much a niche within the European record market. Since the '50s jazz, folk and blues collectors had discovered the creative wealth of black American church music. So, a trickle of recordings were released in Europe for this record collecting niche. Hardly any of the jazz or blues fans buying the occasional gospel record were Christians or churchgoers. They simply recognised that the recordings of Mahalia Jackson or Blind Willie Johnson or the Ward Singers were dazzling music which could be enjoyed even by those with no religious convictions at all. Until 1980, when I became a Christian, I was one of that niche and in 1975 even wrote a sleevenote for an album 'Sanctified' by the Rance Allen Group which the mainstream label Pye had released.

After my conversion my enthusiasm and interest in black gospel music thrived and even expanded. The first record review I wrote after my conversion was for Britain's bestselling Christian magazine Buzz. That was the album 'Introducing The Winans'. Shortly after that I was commissioned by Buzz to write an article on Britain's emergent gospel scene and shortly after that I was invited to the Buzz offices in Surrey where I was offered the job of the magazine's assistant editor. They were amazed to meet me in person. Because of my long interest in gospel music and the fact that I'd once been the editor of Black Music magazine, they were surprised to find they were interviewing a white man.

Anyway, Buzz offered me the job. As it turned out my work with Buzz was very much a theological training. Over the next few years I was privileged to meet and talk with hundreds of Christian leaders, authors and musicians and to listen to and review hundreds of albums many in styles that, up until that time, were completely outside my musical comfort zones. My musical horizons in my five years at Buzz expanded hugely until I was able to enjoy everything from British Cathedral choir music to the heavy rock of the Resurrection Band. But my interest in listening and reading about black gospel music continued unabated. I even got to produce a couple of British gospel choir albums by the Merrybell Choir and the Highgate Gospel Choir.

During that period the first books about African-American gospel started to appear. The Gospel Sound by Anthony Heilbut was a groundbreaking tome and although the works of blues authority Paul Oliver were too dustilly academic for my tastes Paul's chronicling of pre-war street evangelists and jackleg preachers gave me invaluable insights into gospel music's development.

As CDs and box set compilations of old recordings by Sister Rosetta Tharpe, The Golden Gate Quartet and many more emerged in the 1990s and 2000s I came to see that the majority of the purchasers of these vintage gospel recordings were only interested in African-American religious music when it was somewhat fossilised by time. In the '50s and '60s the secular record industry had taken elements of black church music to develop soul music. But when, in the late '60s and '70s, the stylistic pendulum swung back the other way and gospel music began to take elements of soul music, particularly its sophisticated productions and band arrangements, and acts like Andrae Crouch & The Disciples and The Gospel Chimes developed R&B gospel, most white collectors lost interest. And so the strange situation we have today was established - a small white, largely non--church going clique buying albums of all manner of vintage gospel music from '50s quartets like the Swan Silvertones through to '20s street musicians like Washington Phillips while the mass of African-American church goers enjoyed current gospel sounds and showed no interest in their culture's musical heritage. 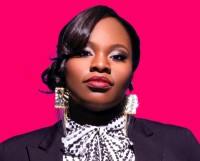 Modern gospel is of course today a vast market. Tens of thousands of African-American believers enthusiastically go to the concerts and churches, buy the singles and albums and watch the TV programmes of Kirk Franklin, Tamela Mann and Anthony Brown & Group Therapy. But though the American gospel industry and organisations like the Stella Awards have, at last, begun to acknowledge the contributions of a James Cleveland or a Mighty Clouds Of Joy it still has a lot of ground to make up and the days when a gospel record store might have on sale an Erica Campbell album displayed next to a Georgia Peach re-issue still seems a wild pipedream. But it's one I hold. For the truth is today's gospel big hitters stand on the shoulders of earlier creative giants and that without the '50s Davis Sisters we would never have got a Tasha Cobbs and that without the "straining preachers" of the 1920s we would never have arrived at a Lecrae.

This article takes me back, to the days when I was a brand new Christian...and I somehow quickly gained an interest in Black Gospel, a genre which previously had never come anywhere near my radar. At the end of the 1980s, I started trying to pick up the frequency for Paul Jones' gospel show on Greater London Radio, on my old transistor radio in Southend-on-Sea, twenty five miles' away, between 10pm-midnight on Sunday evenings. The following year, a non-believing mate took me to Camden in London, knowing that I may be interested in some of the second-hand record stores there...I'd never been before but I picked up a Sister Rosetta Tharp album on vinyl and excitedly took my purchase home...

I appreciate your truthfulness and passion for gospel music. I praise God that you now know it is more than entertainment: it leads to salvation. I would like to recommend to additional books on gospel music history and ministry. You are cited in the latter. "Make A Joyful Noise: A Brief History of Gospel Music Ministry in America" and "Anointed To Sing The Gospel: The Levitical Legacy of Thomas A. Dorsey."