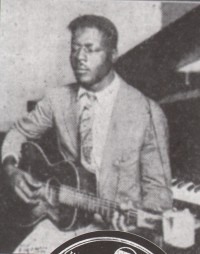 Pop and rock music owe many, indeed most of their origins to early gospel music pioneers. In the 19th century the emancipation of the slaves, the Holy Spirit revivals of the Great Awakening, and the proliferation of tens of thousands of churches in America's rural south had all set a framework for one of the most significant and long-reaching cultural revolutions in the history of music. Because this music developed in poor rural and largely African American churches the revolution went largely unnoticed and unrecorded by historians. By the 20th century however the profoundly moving and exciting primitive church music had been secularised. In the words of gospel singer Mahalia Jackson, "The Devil stole the beat."

With the coming of the gramophone secularised versions of these new African American musics had begun their move on to international popularity in their secular forms of blues, ragtime and jazz. But the pioneering efforts of Christian musicians weren't completely forgotten in the urbanisation and secularisation of the 20th century. Early jazz bands clearly showed the gospel origins of some of their material ("When The Saints Go Marching In") while many blues artists doubled as gospel performers. In our new series we will be highlighting some of the Christian originators of the music which was to evolve into today's rock and R&B music. We kick off our new series Roots Running Deep with James Lewis' study of the slide-guitar genius Blind Willie Johnson.

'The old man on the corner is singin' my life playin' guitar with a rusty old knife Each line that he sings rhymes with the truth The promise of something beyond the blues ..."
"Beyond The Blues" taken from 'Six-Pack Of Love' by Peter Case.

Although recording briefly from 1927 to 1930 Blind Willie Johnson's songs have become part of the repertoire of many rock artists -indeed it is probably true to say that rather than being just influential he inspired the people that inspire - U2, Bob Dylan, Led Zeppelin, Eric Clapton, Bruce Cockburn, and in the Christian field - Russ Taff (Spot the Yazoo album cover on "Under Their Influence"), Glenn Kaiser and Darrell Mansfield, Phil Keaggy (doing for "John The Revelator" what Cream did for Robert Johnson's "Crossroads"), The Lost Dogs - all of the above have acknowledged the creative genius of Blind Willie Johnson, whether in cover versions or in interviews. In 1993 Sony released a CD assembling every known recording of Blind Willie Johnson. It has sold many, many thousands and will undoubtedly be in catalogue for decades to come. So who was Blind Willie Johnson?

Blind Willie Johnson's life is shrouded in mystery and contradictory reports, but what does emerge from the haze of history is a powerful indictment of the times he lived in. "Mother's Children Have a Hard Time", the title of one of the 30 known recordings of one of 20th Century music's most influential and yet obscure figures, does not even begin to cover the abuse and deprivation he and fellow Afro-Americans endured before Martin Luther King and others brought about the civil rights revolution in America, which was inflicted both by white and black.

Born some time around the turn of the century (1902/3) in either Temple or Marlin, Texas, and was blinded when, according to the most commonly-accepted account out of three reports, his stepmother threw lye-water in his face at the age of seven. Apparently she did this because his father had beaten her after he discovered her cheating on him.

Most of Willie's private life is difficult to ascertain -all information about him was gained from reminiscing - no recorded interview with him ever took place. However both his wives have been interviewed, and it is here that some confusion arises - his first wife was with him till probably 1932/3 and appeared on his last recording which means she was around him till at least 1930. However some reports say that his second wife met and married him in 1927 and that she recalls him leaving home for recording sessions. However there is plenty of grounds for doubt as to the accuracy of the dates involved so it will never be known for certain whether Johnson was a bigamist. However, it is entirely possible that Angeline didn't in fact meet him till after his relationship (whether his first marriage was legally tied is Uncertain) with Willie B Harris dissolved.

Johnson was a "jackleg" preacher, that is itinerant, and he spent much of his time singing on street corners, with a cup tied to the neck of his guitar for the generosity of the fiercely religious (in the best and the worst of the sense) passers-by.

Unlike many of his peers, Johnson appears to have been genuine in his preaching, if not exactly an unblemished saint. Whilst many (Blind Lemon Jefferson, Son House, Charlie Patton, Muddy Waters, etc.) switched between sacred and secular, even sexually explicit 'blue blues', at will, Willie is believed to have recorded only gospel in his recording career. However, two unknown tracks, the recordings of which have been lost, are believed to have possibly come from Johnson under the pseudonym of "Blind Texas Marlin" (not Tina Matthews) - a reference to his birthplace. These tracks could conceivably have been secular tracks, although conversations with his wife, Angeline, suggest that Willie didn't know any blues.

Willie's recording career spanned from December 1927 to April 1930, comprising of 5 sessions in Dallas, New Orleans and Atlanta. His first 78 for the Columbia 140000 Race series ("I Know His Blood Can Make Me Whole'V'Jesus Make Up My Dying Bed") was more successful than a Bessie Smith record released at the same time, instantly elevating Blind Willie Johnson to the status as one of Columbia's strongest selling 'race' artists of his era.

Stylistically his recordings, from first to last, were a mixture of original compositions and "traditional" hymns and spirituals, although, as might be expected with the comparative lack of documentation of the era, it would be an impossible task to separate the former from the latter. His recordings consist of Willie accompanying himself on guitar sometimes with vocal harmonies, provided mostly by his first wife, Willie B Harris - this was a welcome sweetener to Willie's incredibly rough toned, rasping singing, which he is believed to have styled after a preacher, Madkin Butler.

If Willie's gargling-gravel vocal style was riveting it was only the equal to his stunning guitar playing. Much of his output was punctuated by bottleneck-style guitar, which Willie played using either a pocket knife or a steel ring, and it is his primitive yet superbly controlled technique which has won him many admirers - "His tonal control and sense of timing are incomparable: as opposed to other bottleneck artists he varies the speed of his vibrato drastically, often speeding up as he slides into a note. He is also one of the few bottleneck artists with the ability to consistently sound 3 or 4 discreet melody notes upon striking a string once, a skill that ... reflects uncanny left-handed strength, accuracy and agility" (Steve Calt - sleeve notes to 'Praise God I'm Satisfied').

Generations of rock and blues performers have acknowledged Blind Willie Johnson as a major musical influence. The musician who probably owes the biggest debt is, not too surprisingly, Ry Cooder. The acclaimed guitarist covered Blind Willie Johnson's prophetically/ironically titled "Dark Was The Night, Cold Was The Ground" for his debut and again for possibly his best (and, I think, award-winning) work, the soundtrack to Wim Wenders' film Paris, Texas. Therein it formed the inspiration for the style for the whole album, which in turn inspired Scottish band, Texas. The original song is probably Johnson's musical peak - it was even mentioned as one of the Bard Cummings's 1001 "Spirit Of Rock And Soul" greats (number five, if my memory serves me well). A formless piece based on a traditional hymn, it is basically instrumental with "a wordless, half-hummed meditation on the meaning of the song","[a] haunted response to Christ's' crucifixion"(Samuel Charters -sleeve notes to "The Complete Blind Willie Johnson"). The result is truly otherworldly in a way very few other songs, if any, have managed.

After his last recording at Atlanta in 1930, little is really known, including the reason he stopped recording (it is likely the Great Depression strangled demand for his output), but he settled with Angeline in Beaumont in SE Texas and attended and played at the local Mt Olive Baptist Church, where he led a fairly uneventful life until his shack burnt down sometime in the latter half of the '40s. The fire destroyed Willie's guitar and left him and his wife homeless. The couple moved back into the gutted shell and slept on the ground wrapped in paper and damp bedclothes. Johnson contracted pneumonia but was refused a hospital bed because of his blindness (and quite possibly because of his colour) and within a few days was dead - his last days a tragic echo of the title of his best work.

The opinions expressed in this article are not necessarily those held by Cross Rhythms. Any expressed views were accurate at the time of publishing but may or may not reflect the views of the individuals concerned at a later date.
About James Lewis
(strong>James Lewis lives in Horsham, West Sussex, and is a regular Cross Rhythms reviewer.