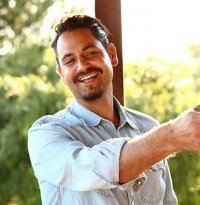 The Grammy and Dove Award-nominated singer and songwriter Brenton Brown, responsible for writing or co-writing such modern worship classics as "Everlasting God", "All Who Are Thirsty", "Soul On Fire" and "The Lion And The Lamb", is intending to "put the joy" back in worship. Over the next several months he will be releasing EDM-inspired songs one at a time about every four weeks with the songs "Hosanna In The Deep" set for release on 15th November, "You Will Not Fail Us" on the 15th December and "Worth It All" on 15th January.

With all songs produced by Grammy-nominated Jonny Macintosh and the Fun Kids, "Worth It All" was co-written with Jacob Sooter and features background vocals by Harvest Bashta; "You Will Not Fail Us" was written with Housefires members; and "Hosanna In The Deep" marks the third single to release in this series of 12 songs from Brenton. The first single, "Impossible Things", was co-written with Chris Tomlin and Chris McClarney and was released in August and "Lion And The Lamb" was co-written with Leeland and Brian Johnson and released in September.

With seven more songs in this series to be announced and that have been co-written with such acclaimed artists/songwriters as Mac Powell, Jason Ingram, Matt Maher, Audrey Assad, Pat Barrett, Jason Upton, Marc James, Jordan Frye and more, Brenton says the music was inspired by his daughters: "I've been driving to school every morning for the last couple years. Their love for EDM has changed me! I have such a deep affection for joyful worship and have missed that lightness and joy in some of my worship sets. A joyful heart is good medicine!" exhorts Brenton, quoting Proverbs 17:22. "When I listen to EDM with headphones on, it literally blows my mind and makes me extremely happy. This new music sounds different from anything I've ever done."

Creatively, the idea behind the new songs is to #skiptotheremix; to go straight to a remix flavour for each of the tracks. Brenton also shares a taste of his love for EDM on the "Jason's Voicemail" track that is literally built around an encouraging, Godward voicemail message renowned songwriter/producer Jason Upton left for Brenton.

Brown was born in Cape Town, South Africa in 1973. He left South Africa for Oxford in his early 20s on a Rhodes scholarship. After studying politics, philosophy and theology he served as worship pastor at Oxford Vineyard and eventually as coordinator of the Vineyard UK worship team. His songs have been recorded on the popular Vineyard UK albums. In 2006 he released his first solo album 'Everlasting God', the title track being written with Britain's Ken Riley and the song went on to become one of the most performed songs on US radio. Subsequent albums 'Because Of Your Love' (2008), 'Our God Is Near' (2010), 'Adoration' (2010) and 'God My Rock' (2012) have been very popular while his song "The Lion And The Lamb" on the Bethel Music album 'Have It All' is now being sung in churches around the world.