Byron 'Mr Talkbox' Chambers: A master of the funk and the talk box 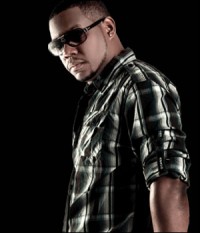 Byron 'Mr Talkbox' Chambers is currently hitting the Cross Rhythms airwaves with his seriously funky "Talkbox Time". Though this father of three multi instrumentalist may be new to the Cross Rhythms playlist he is anything but a raw beginner. He's played with NSYNC and Britney Spears. He's written Christian music hits for Group 1 Crew and Martha Munizzi. And he's recorded and toured with CCM star Toby Mac. Now, through Byron's blistering 'My Time' album, the radio waves are introducing the Christian radio listeners to the attention-grabbing delights of the talk box.

The talk box, that intriguing effects device where a tube in the player's mouth connected to a guitar enables a guitarist to incorporate speech sounds into his playing, has, since rock icon Peter Frampton popularised the device in the '70s, become an exciting embellishment to the rock and funk musician's armoury. It was the late Roger Troutman, of the band Zapp, who introduced Bryon Chambers to the spacey sounds of the talk box. Byron told Cross Rhythms broadcaster Mike Rimmer, "I was a kid in Orlando, about 13. I was hanging out with one of my cousins. He was a lot older than me and he had a car. He turned on his radio as we were driving up to the store and I heard this sound come on the radio from a guy named Roger Troutman. It totally blew my mind. It sounded cool and it was being played in a funk or R&B style of music. When I heard it, I was like 'Man, I want to do that. I want to do that on a Christian side, in a positive light.'"

Byron was born and raised in Orlando, Florida and grew up immersed in the music and culture of the Pentecostal church. Said Bryon, "My mum and dad were gospel singers. My dad did radio promoting and he had a gospel group. He would bring the group over to the house and they would rehearse. One day, the drummer didn't show up, and my mum had just bought me this little drum set. I asked, 'Can I play the drums?' as they knew that I loved playing. She said, 'Yeah, why don't you just play with us.' I jumped on the drums and started playing. Next thing you know, I'm on the road with my dad, travelling and doing gospel shows. It all ties into what I'm doing today and I thank God for my mum and dad. They trained us in church - our church was a Pentecostal church, so anything could happen. One day the organ guy might not show up, so I'd wind up jumping on the organ or the guitarist wouldn't show up, so I'd jump on the guitar. I was all over the place, just getting trained. I play about five instruments. It's funny because I don't dabble with one, I really dig in. A lot of cats say, 'I can play the guitar a little bit.' I really dig in and try to master the craft of whatever instrument that I touch."

Eventually, the hugely talented musician felt he had to venture out beyond the protective enclave of his home and church. "I was with my father and mother for 20 years before I jumped out on my own. My dad started pastoring, and he also had the group. I was the music director and I really brought a lot of ideas and kept the group cutting-edge. One day I had to drop the bombshell on my mum and dad, because I felt like God was increasing my faith to step out and do some other things. That day was really hard, to tell my mum, 'OK mom, I have to leave and do this thing that God is telling me to do.' "I was really tried in my faith because I did not know what was going to happen. I said, 'Lord, you better do something.' Faith is a continual thing, I'm learning that every day." 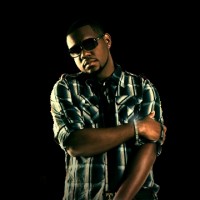 Byron performed and toured with great gospel artists like the Mighty Clouds Of Joy, Jonathan Butler, Fred Hammond, CeCe Winans, Kurt Carr and Bishop T D Jakes, to name just a few. Then, in 1999 he was offered a position which catapulted him into the showbiz fast lane, playing keys with the mega selling boy band NSYNC. His work with NSYNC led to chances to tour with other pop superstars like the Backstreet Boys, Britney Spears, O-Town, Gloria Estefan and Jordan Knight. But as heady as the bright lights of fame and fortune were, Chambers took a good hard look at where his life was heading and he didn't like what he saw. He decided to step away from NSYNC in order to focus more time on his wife and family. More than that, he felt a call to minister. "God told me at the height of my blossoming career to leave the road and dedicate my life to him, and he would bless my music to minister to the world."

And God has been faithful to his word. Chambers connected with CCM star Toby Mac and was featured on the Grammy-nominated, Dove Award winning projects 'Welcome to Diverse City' and 'Portable Sounds'. Byron won his own Dove Award for Hip-Hop Song Of The Year for co-writing the Group 1 Crew song "Movin'". He did guest spots for such influential artists as Martha Munizzi, O-Town and American Idol finalist Danny Gokey. In 2004 Byron released his own, independent album 'My Testimony'. He had become well known as a keyboard player so the album was very much a declaration of some of the other aspects of his multifarious talents. The opening cut "I Play The Talkbox" demonstrated his mastery of guitar and talk box while there were soulful ballads like "He'll Bring You Through" where Byron was accompanied by Lolita Rowe and Alicia Chambers. But it was a track like "Destiny" which showed the multi-instrumentalist and singer's mastery of funk. 'My Testimony' went on to become one of the biggest ever sellers for online independent album shop CD Baby. But after the release of 'My Testimony' there was a difficult season for the talented musician.

On his 'My Time' album, there is a song called "Fighting" which refers to that time. He commented, "The song talks about me going through a seriously rough time. I dealt with depression, anxiety, stress. I couldn't sleep at night, I couldn't eat. I lost so much weight, I was a beanpole. I thought I was losing my mind. I never went through anything like that before. I've come to find out it was a cleaning process. God had to deal with my heart with some things. In the Bible it says, 'Continue to do good, continue to walk in faith, continue to do good. My glory will be revealed through what you're going through.' That was the Scripture that helped me to go through that time. 'Fighting' talks about the situation with my wife. Her neck started swelling up with lumps, we didn't know what it was. We had to rush her to the hospital. The doctors thought it was cancer, but we believe what God says in Isaiah, that we are healed. We started declaring in faith that she was healed. She had a small surgery to check what was going on, and there was no cancer."

It was as a resident member of Toby Mac's touring unit the Diverse City Band that brought Byron to the attention of the CCM audience. Byron spoke about how he joined the band. "Back in November 2009, I'm in the middle of finishing my record in Nashville, and I get a call from Toby Mac. I've known Toby for about six years now, I'm on all of his records. He says, 'Hey man, want to go on tour with me? I feel like this would be perfect for you. With a new album coming out you can get out here and get in front of the people.' The people know the Mr Talkbox name through Toby Mac or some of the gospel things I've done and now they're getting to see the face behind it by being on that same platform with Toby. I just learned to roll with the doors that God opens for me, if that makes sense. Every door that opens for me, I walk through, and I see steady progress. I learnt to be content with everything God sends my way." 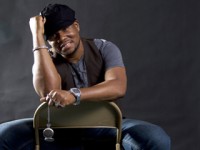 Byron's 'My Time' on the Seattle-based Save The City label, with Integrity Provident providing the retail distribution, has been met with enthusiasm by Christian radio. Said Traci Lee, programme director at WHJT in Jackson, Mississippi, "Finally, the missing link for Christian radio! A perfect marriage of cool, trend beats and in-your-face lyrics. A must for radio stations who target today's young adults."

The album closes with the song "Everything Works Together" based on Romans 8:28. "When I sing that song, I always go back to that place where that song came into my heart. I think it was in 2007. My wife and I were in Orlando. We had just moved into a very nice house and we wanted to paint, so we were painting. At that time we were going through some things, just mentally, things. Life, pain... I just started quoting that Romans verse, 'Everything works together for the good to...' and then my wife on the other side of the room said, 'La-la-la-la' and I said, 'That's a song!' Over the course of two or three years, God began to give us the lyrics to that song. It took us about three years to write. A lot of people think we just go in and write a song. Man, it takes time to come up with a great song and a great message. Everything works together for the good, man."