CJ Emulous: California-based rapper who's left behind the bling lifestyle 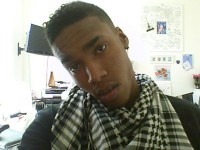 CJ Solomon was a 20 year old mainstream rapper for whom the "rap star life" seemed to have come true. He owned three cars, had a beautiful home on the shore of Ewa Beach, Hawaii and all the women and drugs he wanted. Shipping drugs to Hawaii provided him with lots of money. He admits, "I was involved in everything Satan stood for." Then disaster struck the young MC/dealer. He was arrested and charged with possession of drugs and a firearm. He recounts, "I was looking at a 10-12 year sentence with a low of five years, which meant I would have to do at least five years to get out! While in federal prison, I began to study the Bible and came to understand that the wages of my sins was death. I told the Lord I didn't want to live the life I'd been living any longer and if I had to do 10-12 years, I deserved it. I also told him that I wanted to be a changed man when I was released, whenever that might be. The Lord is truly faithful and he honoured my heart change. Less than a year later I was miraculously released from prison on sentencing day though the law said it was mandatory for me to serve a minimum of five years. Since then I have committed my time and gifts to painting the picture of Jesus Christ so people can see according to the truth."

The rapper, now re-named CJ Emulous, set up His Image Ministries. He explains, "I was so submerged into the world and understood the mind frame of those perishing and wanted to reach them with the Gospel of Jesus Christ in a unique way as well as edify the Church with truths that are much overlooked by 'American Christianity'. Now I travel throughout the world sharing the Gospel, my testimony and inciting the saints."

CJ Emulous has toured tirelessly. He recounts, "I play various gigs and am booked on average three times a week. I am also well known for speaking which increases my gig horizon. Not only do I play churches, festivals and award shows but also conferences, juvenile hall facilities, block parties, youth camps, revivals, high schools and colleges. My most memorable gig experiences have definitely been some of the youth camps I have been invited to speak and perform at. I love to see the Lord transform the hard hearts."

CJ is currently a youth minister at Liberty Christian Center, Fairfield, California and ministers weekly at Vanden High School. The rapper has also made some powerful recordings, the 'Me And My Lover' album released independently in 2010 and the more recent 'Suicide Mission'. He says, "'Suicide Mission is based on Romans 8:13, 'If you live according to the flesh you will die, but if you put to death the misdeeds of the flesh you will live.' The album illuminates the costs of following Christ as well as the JOY in killing our flesh because the benefits of life. The album had many producers and was recorded at His Image Studios in California. A most memorable moment had to be working on 'I Hope You Die' with my wife and artist Psalm Bird and just seeing God bring the song and idea to life!" 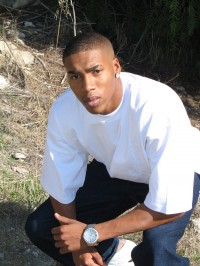 The track "Right Here" on 'Suicide Mission' has received airplay on Cross Rhythms. CJ speaks about the song, "'Right Here' features the phenomenal V.Rose of Clear Sight Music. This song is to remind the listeners that there is 'no condemnation for those who are in Christ Jesus'. Many of us try so hard to please God and to be used and when we realise that we are not perfect the enemy tries to disqualify us from service. This song is to encourage those that God is pleased with our effort as long as we are giving him our all!"

Honestly am really happy for him, cos itâs not easy for a transformation to occur totally in ones life. The future shall be greater than the former.