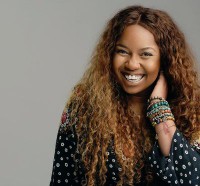 One of the strangest aspects of today's Church music scene is that it is still largely divided along racial grounds. This is clearly reflected in the trade magazine Billboard's Sales Charts, which has one set of albums listed under Christian music, which seems to mean music made by white artists, and another gospel, which indicates music made by African-American artists. There are a few musical styles which don't comfortably fit into either category - rap/hip-hop, for instance - and there are a few artists who have crossed over to a market different from their skin-colouration - black artists like worship leader Ron Kenoly and CCM star Nicole C Mullen making the Christian music chart and white artists like worship leader Martha Munizzi and gospel diva Tori Harper making the gospel chart - but such crossovers are still a rarity.

Therefore, it is hugely encouraging that two record companies, the white dominated praise and worship giant Integrity Music and the black gospel label with a 40-year history Tyscot Records, are together making a joint effort to establish African-American worship leader Casey J as a big selling artist in both scandalously divided worlds. Casey's musically eclectic album 'The Gathering' has now been released and is already creating interest in both the black Church and white Church worlds.

Casey J was born Casey Janice Hobbs on 29th June 1986, in Atlanta, Georgia. Reminiscing about her childhood, Casey said, "[My father] was a carpenter by trade, very smart and creative." Both her mother and grandmother sang in the gospel choir at Lilly Hill Baptist Church in Atlanta, and Casey J attended her grandmother's basement Bible studies as a child. "I used to think it was the normal way of life because that's all I saw my grandmother and mother do. I grew up thinking that singing in the church choir is what all kids did because it was my way of life."

At the age of 12, Casey J joined the Atlanta Young Singers of Callanwolde and sang with them until she enrolled at the University of Georgia. After graduating, she became an elementary school math teacher at Georgia Connections Academy Charter School in Duluth, Georgia and sang as a worship leader at Fresh Start Church in Duluth on Sunday mornings.

In 2012, Casey had a profound revelation from the Lord. Working as a teacher, she was feeling frustrated at the lack of ministry opportunities. She told The Gospel Gallery website, "I was sitting in my classroom, after all the students had left, and I started having a conversation, like 'God, I know that you said that you were going to do something different, you said that you were going to do something awesome. Why hasn't it happened yet?' Literally I heard God say that I was asking for something that I wasn't making room in my life for him to do. So that year, it was the first year that I didn't sign my contract for the next school year, and I said, 'God, I'm open, whatever you want to do.' I put in for applications because I still had bills due and a week before school started, I got hired for an online charter school so I could work from home. It gave me some room to do ministry at a level that I really wanted to, and that one decision has literally changed the whole trajectory of my life. So [both the] song 'The Gathering' and the album are the result of that one yes." 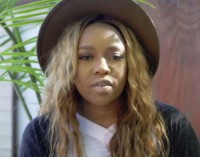 Casey discovered the joy and the power of worshipping God outside of church buildings, and she began holding "pop-up worship" events. She explained, "It all started with the question, 'What about the people who aren't coming to church?' So God placed it in our hearts to just start popping up at local parks in Atlanta with one agenda: to gather people together and share God's love using worship as our vehicle. We would pack up guitars, percussion instruments and a few blankets and just sit in the grass and sing.

"We started to see something beautiful, an intersection between the Church and those who we are called to serve that reached beyond just our Sunday experiences," she continued. "From that grass grew a deep and solid purpose to create experiences that put all eyes on him - both inside and outside of the Church - and to write music that is the soundtrack to not only Sunday mornings on pews but Tuesday afternoons under the stars."

In 2015 Casey recorded the album 'The Truth'. One of the songs on the album, "Fill Me Up", written by worship leader Will Reagan, became a success on US radio. She remembered, "We were getting ready for our worship conference and it was entitled Refuel, and we wanted a song that really captures what it is. That was like two months before the conference and we were just praying about it. A month before we were like, 'Yeah, no song' and two weeks before God just brought that song back to our remembrance and I just kind of released the song to our church at the conference. Little did I know, for the next two years, I would live every single one of those lyrics out. He really impressed that upon my heart. So when I felt that God had released me to not only serve the local church, but to do something on a broader perspective. It was automatic, that I wanted to do that song, and Will was amazing to let a nobody like me even minister it."

In 2018 Casey began pulling together songs which would form the basis of the groundbreaking 'The Gathering' album. The batch of songs were from a wide variety of sources and a wide variety of styles. She commented, "I think there are a lot of influences across the record. . . everything from traditional choral music, gospel, neo soul, spirituals, pop, folk music and so many intersections and sub-genres in between."

The recording of the project was a very unusual one. She told Hallels' Timothy Yup, "I recorded 'The Gathering' with about 50 friends at a farm outside of Atlanta. I wanted to really create a model for non-traditional/authentic worship gatherings. I love the local church, I'll always enjoy corporate worship in a building with a steeple; but, the park or a farm or your car works just as well!"

She continued, "There were so many highlights from that night. From the laid back environment, bonfire, kids running around in flower crowns, to the families and couples who chose to spend that night in corporate worship together. Overall, there was no pretence. From that environment, we got to experience people's genuine and authentic reaction to the Spirit of God. You can literally hear our voices on EVERY song. I'm so honored that they would share their worship with me! With Acts 4:31 in mind, I want to encourage listeners to not just limit experiencing and responding to God to Sunday mornings. God is so much bigger than that and to confine his nature to a few hours once a week is such a fragmented view of just how vast he is. This record is a spiritual soundtrack to the traditional and non-traditional gatherings."