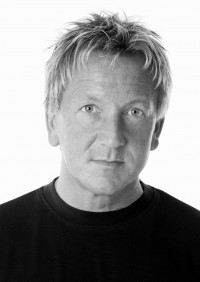 The appalling images of vistas of Japanese homes, schools and buildings reduced to mangled piles of rubble was something that filled our TV screens when the earthquake shook the eastern coast of Japan in March. But then new things have come along - the telephone hacking scandal, the famine in Africa, Britain's city riots - and our thoughts and sympathies have, in the main, moved on. One person for whom that isn't true is British songwriter Chris Eaton. Chris has down the decades become one of Christendom's most popular composers, penning songs for pop legends like Cliff Richards, Donna Summer, Sheena Easton, Amy Grant, Janet Jackson and dozens more. Now he has penned a very special song which is hoped will help raise funds for the post-natural disaster people of Japan. "Hi Wa Mata Nobora" is sung by Chris's wife, 25 year old Abby Scott whose debut album 'Have Your Cake' was released last year.

A quality video of Chris and Abby's song of hope, directed by David Butler, has now been posted on YouTube. With its arresting images of the Japanese devastation coupled with Abby sinign to camera, it really is a moving reminder of both the disaster that has bfallen tens of thousands of Japanese men, women and children and the powerful assetion that "the sun will rise again".

"Hi Wa Mata Nobora" was sung by Abby at the major event at London's Olympia Two, Hyper Japan ("all about cuisine, culture and cool"). A video of that performance too has been posted on YouTube. Some critics are already identifying "Hi Wa Mata Nobora" (which means "The Sun Will Rise Again") as one of Eaton's finest songs. Chris spoke about the circumstances that led up to the writing of the song.

"In March I watched the TV news and, with millions of others, saw how that massive earthquake and ensuing tsunami wiped out a massive area of Japan. I felt pain and empathy of course. But I also felt loneliness 'cut off' from the troubles. A few days after this occurred, I found myself on a ski holiday with a number of old friends. One of these friends, Tetsuro Hama, a native of Japan, is a prominent member of the Japanese Chamber of Commerce in London. He had a particular reason to feel the devastation. He has family members near the region affected, and on the first evening of our holiday, after a hard day skiing, Tetsuro shared with me his worries and feelings of desperation."

Chris was deeply moved and volunteered to help Tetsuro in any way he could to help the thousands whose lives had been blighted. Explained Chris, "Tetsuro asked if maybe I could write a song of hope to the people of Japan, raising funds at the same time to help those desperately trying to rebuild their lives. The next day, as I stood on what seemed like the top of the world, in the Alps, I asked God for a melody, and received it. My Japanese friend gave me some phrases of 'hope' in his language that may be appropriate. 'Hi wa mata noboru' was mentioned. The sun will rise again. How perfect for a message of ongoing hope for the families affected. So the song was born. As soon as I got home to the UK, I asked my wife, Abby, if she would perform the song I had written. She was only too happy to help. I recorded the song in my studio here in the UK, and with the help of dear friends, I had a special video filmed."

Chris is keen for as many people as possible who watch the video or read this article to prayerfully consider making a donation to the Japan Earthquake and Tsunami Appeal. He said, "We are longing for this message of hope to encourage the people of Japan, and allow the West to maybe better understand the need for us all to show our empathy in practical ways. I know personally that when we are proactive in demonstrating our support, the blessing comes back to us 100 fold. God bless you."

Its great to have Cross Rhythms to report on what good is being done by those musicians who use their talents and abilities. This song uses Chris and Abby's special talents in a positive way to support all that is being done to let those people who suffered such tragedy that we are continuing to think about them and respect them . This article also draws on the unique gift that Tony Cummings has. He the most knowledgeable when it comes to Music