Chris Howland: The EDM artist with the radio hit "I Got You" 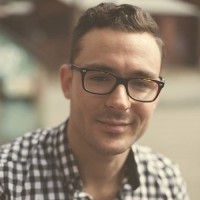 America's Christian EDM scene has exploded and there are now hundreds of producer/artists toiling away in their home studios making music for the growing audience who want their spiritual messages delivered with a dance/electronic groove. America's leading Christian label Dream Records have not been slow to recognise this phenomenon and their groundbreaking Drom Records are now issuing some outstanding releases by acts good enough to find mass Christian audience appeal. It is Drom's release of the "I Got You" single by Chris Howland with a vocal by Spencer Kane which has brought the 30-year-old EDM man to Christian radio attention. With Cross Rhythms currently playing the infectious cut things are looking good for the New Jersey-based producer and remixer as he emerges from the EDM underground. Recently Chris was interviewed by Found Beats www.foundbeats.co.uk to tell his story and give some insights into the American Church's belated move into dance music.

Chris began his story by explaining how he first became involved in music. "I really started making music with computers when I was 13 years old. I got a little Casio keyboard for Christmas and a couple of years later the whole household got one computer because in those times having a household computer was like a big thing. It took me not too long to realise how to use a crummy computer mic, a little crummy Casio keyboard and make some crummy music."

Over the next decade Chris developed his musical skills from these humble beginnings. A love of house music meant that his name began to appear on projects from renowned New York house imprints like Nervous Records, KULT and Peak Hour Music and it was the latter who released Chris' EP 'Listen Up' under the nom-de-disc AUDICID in 2009. His musical armoury continued to develop as he took in trance, hip-hop, electronica and dubstep. By 2015 he was releasing such well-received projects as the EP 'Next To Me'.

Signing with Drom Records has been a big challenge to Chris. He said, "It's definitely changed things in that it's making me take it way more seriously, it's making me spend more time, it's making me want to do better than I've done, not that before there was some casual approach to music. I've always kind of taken it seriously but now it's even more so that I need to if I'm going to have greater exposure to a greater number of ears who've never heard me or known me - what am I going to say to those people, what am I going to be about? So it's made me take writing lyrics more seriously and it's made me take in the amount of time that I'm putting into the studio a lot more seriously. Also, it's forced me to look for more vocalists, because now I have all these vocal ideas I have to become more business savvy and make more connections and get more people involved with what I'm trying to do because if I sing these songs no one is going to listen to them." 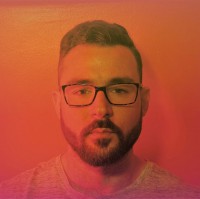 Chris continued, "Initially it was a little overwhelming, like, 'Oh my goodness, I've got to deliver, I've got to make the best music I've ever made, every line has to be really cool,' and I kind of drove myself crazy for the first month after getting the news. Then eventually one night in the studio shortly before I posted that video on my Facebook I'm just like, 'Man, I'm not even trusting God, I'm just trusting my own ability to produce,' y'know, crank it out, output, make a product. So there's a whole lot of peace in my heart and it's not like every day there's just total tranquillity, there's days where I struggle to stay inside of that state of. . . None of this is going to be made or broken by my individual effort, like at some point you just have to say I'm going to do the best I can do and you just have to trust God to open whatever doors he wants and if I fail this and if people don't like it then it's not even a failure, it's just God erecting it whatever way he will. So I'm kind of more resigned now, I am going to give this effort, I am going to try but I'm also more aware of this is in God's hands, no amount of my just chugging forward and putting in effort is going to be the thing that makes this work, it's going to be God that makes this work."

Because of modern worship's discovery of dance rhythms more and more Chris is being asked to remix tracks for a wide range of worship ministries. Said Chris, "For remixes in worship based stuff it's kind of like, 'I don't want to take a worship song and make it like overly - 'Yeah, now it sounds just like club music'. I want to remain true to the style of the song in some ways and just give it my own touch and so with the 'New Day' stuff I didn't really change the chords all that much. I wanted it to still sound recognisable, so it sounds like the original but with a little Chris Howland flavour sprinkled on it. So, yeah, with remixes it's kinda wanting to not lose the original and so I let the original inform the decisions I made."