Christian Music And The Silver Screen

Sometimes it's films with an overtly Christian theme - like the recent surprise US smash The Gospel or the CS Lewis classic now a Hollywood blockbuster The Chronicles Of Narnia; sometimes it's a piece of frothy Hollywood entertainment which surprisingly highlights a CCM song on its soundtrack - like Bethany Dillon's "Dreamer" used in The Dreamer movie; or seemingly every silver screen producer giving plugs to Sixpence's "Kiss Me". One thing is certain though, Hollywood has taken to Christian music big time. To show you just how large the phenomenon has now become, Cross Rhythms has compiled a list of 40 Hollywood films - good and bad - which have turned to the music of Christians for some or all of their musical content. 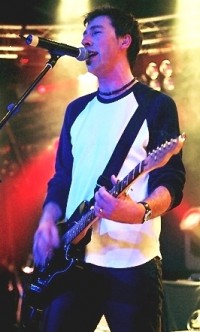 FIREWALL
The Harrison Ford movie features a scene in a Pentecostal church where the congregation is singing "Jesus, Friend Of Singers" by British praise man Paul Oakley.

WALK THE LINE
The Johnny Cash bio pic is in itself a spiritual feast as it tells the story up to conversion of the Man in Black. One special treat is "I Was There When It Happened", a gospel classic originally written and recorded by Fern Jones.

YOURS, MINE AND OURS
In this family comedy there is a party scene where the Canadian punk band Hawk Nelson are playing.

THE CHRONICLES OF NARNIA: THE LION, THE WITCH AND THE WARDROBE
The "Inspired By" soundtrack features original songs by Christian artists Jeremy Camp, Bethany Dillon, TobyMac, Steven Curtis Chapman, Jars Of Clay and David Crowder Band.

DREAMER
Bethany Dillon's song "Dreamer" is featured on the film's soundtrack and during the closing credits. 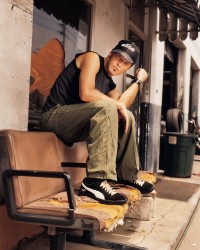 TRANSPORTER 2
TobyMac's "The Slam" featured in the film's trailer.

For some really great religious music, I'd recommend Ennio Morricone's score for the film "The Mission"

and in 2007, Mutemath recorded the theme song for "Transformers".

And here's another one: Kirk Franklin's "Looking For You" is in the Eddie Murphy film "Norbit".

A couple more for the list. The "Blood Diamond" soundtrack features songs from two African Christian acts: "Baai" performed by the Sudanese rapper Emmanuel Jal, and "Nangirira" by the African Children's Choir.

Maybe it's because a lot of christian music is actually good now.

Judge not, that ye be not judged.

Christian music rock now all the world. Its wonderful. We have great singers with a greatful heart for God.

So, Hollywood is embracing "christian" music.

Must not be very "christian", then.

"Woe unto you, when all men shall speak well of you! for so did their fathers to the false prophets." [Luke 6:26]

The first Scooby Doo movie featured the American Punk band MxPx doing the theme tune. They are a Christian band too.