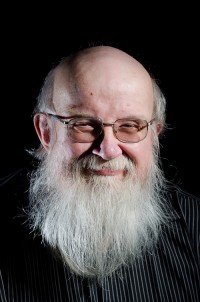 Since its inception in 2003 until its final issue this month, Christian Marketplace magazine serviced the needs of the hundreds of retailers/bookshops selling Christian resources in the UK. Providing the music coverage for this trade magazine has been Tony Cummings, the music editor of Cross Rhythms. In its final issue CM interviewed Tony to get his thoughts on the successes and failures of the retailing of Christian music in the UK. The interview is republished here courtesy of Christian Communications Partnership.

Christian Marketplace: How long have you been involved in the music business and how did you first start?

Tony: My involvement in the music world began in 1963 when I was 16 years old. I was crazy about soul music and older styles of R&B and blues. It wasn't being written about in the UK back then so I started my own magazine. This fanzine, eventually called Shout, lasted to the early '70s by which time I was contributing as a freelancer to Record Mirror. I became the editor of IPC's Black Music magazine in 1973, wrote a book The Sound Of Philadelphia in 1976 and, after my Christian conversion in 1980, joined the staff of Buzz magazine as assistant editor. In 1989 I had a call from God to start a Christian music magazine called Cross Rhythms. Under the stewardship of Chris Cole and later Jonathan Bellamy this developed into a charity which went on to birth three FM radio stations with more on the blocks and a website which in any one year reaches between 500,000 and 900,000 unique visitors. I'm the music editor of Cross Rhythms and have no intention of retiring any time soon!

CM: Why do you think the CCM scene in the UK seems to have less of an impact than over in the USA?

Tony: The major thing which has held back the growth of contemporary Christian music in Britain is the lack of Christian radio stations. In America, of course, there are Christian radio stations in every major city. As the mainstream music industry knows only too well, radio is still the primary means of exposing music to the general public with viral exposure through YouTube coming in second. Without radio play, the bulk of UK churchgoers are only exposed to worship music so, hardly surprisingly, modern worship music has become the one section of CCM which sees a reasonable quantity of CD sales.

CM: Christian praise and worship music is often described as MOR, the Radio 2 of the Church. What's your view of this and how do think this genre should develop?

Tony: First off, I don't believe worship music is a genre. The MOR labelling of modern worship music is unfair and inaccurate. Yes, there are popular easy listening approaches to worship music but then some of the tracks on a Hillsong United album would be too edgy rock music to be fairly described as MOR. Also, Radio 2 doesn't simply play easy listening music. It is in part an oldies station so you could even hear an old Sex Pistols hit on the station. Finally, concerning modern worship, although it is dominated by a particular stylistic template which seems to have evolved out of Britpop and stadium rock there are many other forms of music being utilised in worship music today. For example, much of what is labelled urban gospel is clearly, as shown by its lyrical content, praise and worship.

CM: Who do you believe have been the most influential voices in the Christian music scene during the time you have been reporting on it? 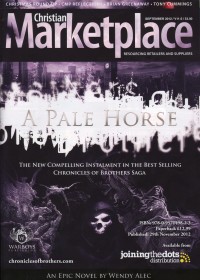 Tony: When I began writing about Christian music it was clearly Graham Kendrick. Later on it was the World Wide Message Tribe who pioneered Christian involvement in club dance music and more importantly, proved that music was a hugely effective evangelistic vehicle. In more recent times I would say Matt Redman and Martin Smith are the most influential voices.

CM: Do you think Christian retail has done a good job in selling music down the years?

Tony: Sadly, I think it has done a very poor job with a few honourable exceptions. But then it has to be said that most mainstream music retailers have largely failed to respond to the challenges of the changes in the marketplace brought about by our entrance into the download era. Once physical sales began to drop what the large music chains did was to cut back dramatically on the number of CDs being stocked. This played into the hands of the etailer who already had the advantage with price and ease of delivery. The bricks-and-mortar retailers' showed they didn't understand that many people go into record shops to browse through what is on display. Without a good stock, people stop coming in. The one part of the music retail industry which is bucking the trend of decline is the small specialist. To give you examples of this, there are two music shops in Stoke-on-Trent who have found a niche market by specialising in second hand vinyl while in London you can still find shops which target club culture by stocking every dance music release, including imports.

It is my view that the Christian retailer who doesn't want to be faced with ever declining sales needs to identify the particular needs and tastes of the people in his or her specific location. For instance, if there is a thriving Salvation Army Hall within walking distance they should stock some of Salvationist Publishing & Supplies' releases. If there is a large number of Caribbean folk living in an area, the Christian retailer should be stocking some reggae gospel. In my experience very few retailers have grasped the need to stock music according to its particular cultural demographic. One of the few exceptions I know of is in South London which because of the quantity of Afro-Caribbeans in the area has developed a sensible policy where it stocks the majority of urban gospel albums released in the UK. That of course might bring its own problems. The manager once told me that he had a problem with shop lifting! Apparently such was his impressive stock of R&B and hip-hop that deejays (presumably non-Christian ones) would come into his shop and steal CDs!

Since I became the music editor for Christian Marketplace I have lost count of the number of times that Christian retail managers have said things like "we want to be a witness for Christ in the High Street." There are even managers who believe that evangelism is a key function of what they do. Now, having a stock of Journey Into Life and being willing to gossip the Gospel with the occasional non-Christian who stumbles into your shop is all very well and good. But with that rare exception of that shop in South London I mentioned, most Christian bookshops have little or no stock which would appeal to non-Christians except for the occasional Susan Boyle or Jackie Evancho album. This makes no sense at all in places like Stoke-on-Trent, Plymouth and Teesside, each of which have Cross Rhythms radio stations which, rather than take the safe option and play largely worship music recognised by a Christian audience, play the best Christian non-worship music they can find.

Last week I went into Stoke-on-Trent's largest Christian bookshop and enquired about three albums by For King & Country, Samestate and Ashes Remain. None of these Christian record company releases were in stock yet each was that week on the Cross Rhythms playlist with the For King & Country album the most played record on the station! I strongly suspect the situation wouldn't have been any better in Plymouth or Teesside. Although in such troubled financial times it might seem to make sense to stock only a limited number of new worship releases by the proven best sellers, such a policy is very short sighted and will in the long term result in ever declining music sales. I passionately believe that if Christian retailers will be adventurous enough to stock new releases beyond the obvious Hillsong and Spring Harvest, take note of their local demographic and, if they are blessed with a Christian radio station in their area, stock the albums being played, they will enjoy healthy sales.

CM: Given the continual increase in downloading of music as the preferred means of accessing albums and songs what do you think is the future of the CD and its sales through traditional retail outlets?

Tony: A few years ago the music industry was predicting the disappearance of the CD. I never believed this and it now seems that although downloading will be the primary means of people accessing music there will be sufficient people wanting a physical product to ensure the CD's continuance. However, Christian retailers need to work hard at improving the whole shopping experience. Putting a bunch of CDs on an old rotating display unit in a corner of the shop isn't going to do it anymore. Colourful display of new releases is an essential. And, if a shop has room, they should invest in some comfy chairs and consider selling or giving away coffee.

CM: Judging from the Cross Rhythms playlist there's a lot of good music getting released independently. Should Christian retail be reflecting this?

Tony: Over the last 10 or 20 years Christian music has gone through a creative renaissance. The Christian retailers, and indeed the Christian record companies, have been slow to recognise this. This means that more and more bands and ministries are releasing albums themselves which they are then selling on the internet and at concerts. Albums by the "independent artist" have grown from a trickle to a veritable flood. I know of a shop in Bristol which has the enlightened policy of stocking every independent album by local artists. Great idea!

This article is food for thought. I have found that giving a contemporary Christian CD to friends who would not describe themselves as Christians is a good way to connect with them, particularly if there is a song pertinent to their own situation. I'm sure there's a market there for people who "wander" into Christian bookshops. My dream is that we'll see contemporary Christian music in mainstream shops like you see in the USA.