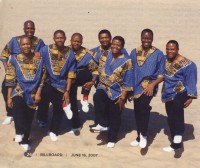 One of the most worrying aspects of the Western Church is how faintly we grasp that we all live in a global village. While God does awesome things in China, and Brazil, and a dozen other places, the West usually talks of "the Church" in terms of the UK or the US. And the Christian music scene is no different. Nashville's Dove Awards hands out a derisory, solitary International award (it usually goes to a Brit though this year South Africa's MIC won it) while in Britain, a trawl through the Christian bookshop racks will reveal very, very little music that doesn't come from the UK, USA or Australia.

Now clearly it would be somewhat idealistic to expect your average Wesley Owen to stock examples of Finnish joik music or the sounds of Congo's chimurenga music or for the Dove Awards to set up new categories for Nigerian hi-life gospel, but clearly the Church is still ignorant of non-Western music, ironically lagging far behind the mainstream music world. A visit to an Our Price or a Virgin will reveal a bulging CD rack of various musics from around the world, sold in the West under the marketing man's catch all phrase "World Music".

With the Christian Church now established in all the nations of the world, there is today expressions of the Christian faith coming through in a dazzling variety of musical styles linked to thousands of cultures, tribes and nations. Sometimes Christian music from far away places is naff - there's something hugely depressing about a Singapore worship group doing a poor imitation of Hosanna! Music or a Russian rock band recycling old heavy metal riffs. But more often, the music flowing from the World Church brims over with freshness and creativity. Tony Cummings asked me to nominate 10 essential tracks from the tens of thousands which around the world are today being committed onto recording tape. Here they are: -

Prior to becoming one of India's leading gospel singers, Vijay had made a name for himself in the world of Bollywood movies. He used to be one of Bollywood's leading "playback singers" - the unseen artists who actually do the singing on movie soundtracks, to which the actors mime. India's playback singers are major stars in their own right; Asha Bhosle, one of the most famous ones, was immortalised in Comershop's number one hit "Brimful Of Asha". Vijay's Bollywood career started in 1980 and he has sung in over 40 films. Then about 12 years ago his brother died, forcing Vijay (who was raised a Catholic) to reassess his life. He became a born again Christian and has subsequently released five gospel albums. Vijay still does film and television work and is very much a celebrity in India, but these days his ministry is his main priority.

These guys need no introduction. If you don't remember the choir's haunting township harmonies on Paul Simon's 'Graceland' album (was that really 15 years ago? Boy, I feel old!), then you must remember those telly adverts for Heinz Baked Beans and other products which sort of revived their careers over here in the late '90s. Apart from the sheer awesomeness of their voices, one thing I always find interesting about Ladysmith albums is their choice of artists to collaborate with. Although some of those choices have seemed a bit ill-advised (B*Witched? Pur-lease!), others (George Clinton springs to mind) have been great - and Charlie Peacock was an inspired choice. He doesn't sing on this track, but his piano playing is just brilliant. 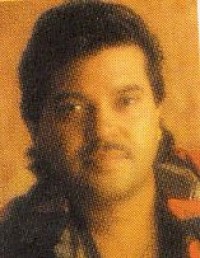 Jamaica
Byron Lee & The Dragonaires: "The Lord's Prayer"
From the album 'Jump & Wave For Jesus' (Dynamic Sounds) availability: Cat No DY3501. Distributed by Jet Star and available in any branch of Wesley Owen (in London at least)

With a career of over 40 years, Byron Lee is undoubtedly one of the elder statesmen of Jamaican music - so it came as quite a shock to me a few years ago when I discovered (via a Channel 4 documentary) that he's actually Chinese! Released in 1999, 'Jump & Wave...' is a collection of hymns, choruses and other church-related tunes done up in a variety of Caribbean styles: reggae, soca, ska, junkanoo (if you're wondering what on earth that is, think of "Who Let The Dogs Out") and calypso. Not all of it works (that calypso version of Handel's "Hallelujah Chorus" is just scary!), but when it does - as with their ragga-soca rendition of "The Lord's Prayer" - it works really well.

A track which proves that the world is either getting smaller or just weirder. "Deep Jale" is the title track of a collection of Christian bhajans (bhajans being devotional religious songs from India), but Aradhna are actually three Americans. Missionaries' kids Chris Hale (sitar and vocals), Peter Hicks (guitar) and Travis McAfee (bass) share a love for Indian spiritual music and a desire to interpret it in a way that also reflects their Western background. With the exception of two tracks, all the melodies and words on Aradhna's album were composed in India by bhajan singers Anil Dev, Samson Manwadkar, Peter John and the late Mumtaz Masih. The result is a collection of truly breathtaking tunes - and to borrow a quote from the band's website: "One senses a deep devotion and connection to the Yeshu (ie, Jesus) revealed in the Holy Scriptures" whenever this CD is played.

Born to a Mohican father and a German mother, Bill Miller jokingly describes himself as "wild rice and bratwurst." He grew up in poverty on an Indian reservation in Wisconsin, with eight brothers and sisters. Today he lives in Nashville with his wife Renee and their five children, two of whom are adopted. Although Bill has been a Christian since 1979, he has worked full time in the secular music industry, winning several Native American Music Awards for his recordings. Then last year, Don Moen persuaded him to record an album for Integrity Music. 'Hear Our Prayer' showcases the full range of Bill's musical influences: Jimi Hendrix and the folk rock sounds of Bob Dylan and Neil Young, as well as the indigenous sounds of his Indian heritage. The song "Praises" is basically a song of thanksgiving. Translated into English, the lyrics are: "The people, we thank you, our Father up above. We thank you because we feel good in our hearts; we thank you because we have everything we need."

you are my favourite singer in this world