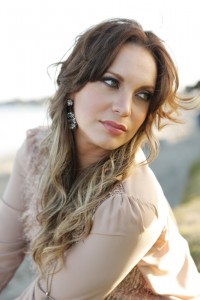 On 11th February Integrity/Kingsway released an album by Christian D'Clario. . . in two versions. Christine is known by millions of Spanish speaking worshippers and 'Mas Profundo' is the latest in a line of successful albums which began with 'Christine D'Clario' (2005) and continued with 'Solo Tu. . .Lo Unico Que Quiero' (2010) and 'De Vuelta Al Jardin' (2012). In fact, the latter album won Christine a coveted Dove Award. Now Integrity Music, recognising Christine's exceptional talent, are additionally releasing 'Mas Profundo' in an English language version. Produced by Paul Mabury (All Sons & Daughters, Hillsong) 'Mas Profundo'/'Deeper' features songs written specifically with the global Church in mind and from the soulful strains of "Faithfulness" to the joyful "Reign" the album is a stirring project in either language. It takes in everything from organic instrumentation to dance beats on songs written by D'Clario with Leslie Jordan (All Sons & Daughters), Anthony Skinner and Daniel Bashta as well as Christine's take on favourites like "Your Presence Is Heaven" (Israel & New Breed) and "Magnified" (Desperation Band).

A native of Yonkers, New York, Christine grew up in Puerto Rico and later lived in Florida before relocating with her husband, Carlos Caban, to her new hometown near Dallas/Fort Worth. Christine's early life was not easy. When she was six and a half her father died after a long struggle with alcoholism. If losing her father wasn't already disorientating enough, Christine and her family also ended up relocating from New York to part of her family's native Puerto Rico not long after.

While Christine's mother saw the move as an opportunity to "get out of the city" and start afresh, the new language and culture led to "a tornado of emotions" for the seven year old. When her mother eventually re-married, Christine also had a problem with the "new man" in her life. Not feeling entirely welcome in her new stepfamily left her with a serious case of "orphan syndrome," and Christine desperately longed for an escape. That's precisely where music came in. It was her bliss in the midst of the chaos, and Christine gave herself completely to it. Finding kindred spirits in Crystal Lewis and Jaci Velasquez, artists who were both bilingual like she was, Christine loved singing along with anything that came in a performance track and entered numerous singing contests. Basically, whenever she couldn't cope with what life threw at her, she found an oasis in song. 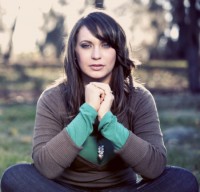 However, not even music could keep her from trouble once she entered her teen years. In the midst of obeying her call to ministry, she was living a double life while experiencing college. Longing for love and acceptance, she entered into a relationship. When that eventually soured, all the loss Christine felt came back with a vengeance, and before long she'd all but given up on a relationship with God. Loose living, a preference for darker, depressing music, even a couple of attempts at taking her own life followed. Her idea of what a father looked like was distorted because it felt like anyone who was ever close to her ended up leaving. Christine told journalist Christa Bannister, "I was very mad at God. I even started using his word against him. In Scripture it talks about the behaviors that grieve the Holy Spirit, so that's exactly what I did. I was the biggest jerk ever, hanging out with the atheists, weed smokers and slackers. All I wanted was to be accepted."

Of course, God hadn't forgotten about Christine and met her in the darkest moment of despair-the night she'd basically given him an ultimatum. She said, "I was being a real snot about it and basically I said that 'if you don't do anything with me before midnight, I will understand that you don't love me, don't exist, and I'll just go on with my life, go to hell, whatever, I don't care.'" Seemingly out of nowhere, a woman she didn't even know ended up speaking words of life and encouragement to Christine, a sure sign that God had, indeed, heard her and continued to pursue her regardless of her emotional state. Conveying that she had two choices - live wholeheartedly in God's presence and be used by him to share his message with the world or pursue wealth and fame in the secular arena but without his presence - Christine knew exactly what she wanted. 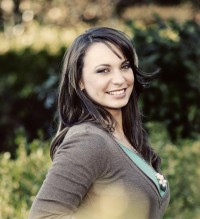 That night forever changed the trajectory of Christine's life. As she continued to work through her past, more trauma was brought to light including abuse by several family acquaintances who were trusted as sitters. But as Christine let more and more of God in her life, healing and restoration continued. Remembered the singer, "It took 18 years for me to let go, forgive and receive restoration. And what I began to realise from that night was that I don't want anything except for living in his presence because we were made to be united with him."

That is the chief message that Christine wants to convey to listeners. With her first English-language album 'Deeper', Christine, who's already a household name with Latin American audiences, rallies against surface-level Christianity by introducing listeners to the God who saves, redeems, restores and heals. In the past, every album Christine has done has been in Spanish, something she absolutely treasures. But with 'Deeper' she's excited to introduce the project that "runs parallel with the season she's in" to both audiences. "I've been through fires, deserts, I've been through the difficult process to heal such a broken past, and now I've understood that superficial Christianity just won't do it for me - or anyone who's had a true encounter with God. When you've had an encounter with God, you need more. It's an addiction of sorts. You've gotta go back to the fountain and get on a deeper level, that's what the album is all about."

what a lovely story. I tried to buy a cd of christines at our Christian book shop but they had never heard of her. Perhaps she needs advertising more. I love her song Father of mine. God bless. Angela