Coko: From New Jill Swing to chestnuts roasting on an open fire 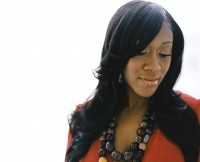 The release in the US of 'A Coko Christmas' brings to the public attention once more one of the most admired voices in R&B and gospel. For, of course, Coko is the one-time lead singer of SWV (Sisters With Voices) who enjoyed huge pop and R&B success in the mid '90s with singles like "I'm So Into You", "Weak" and "Right Here"/"Human Nature". Now Coko has taken the tried and tested route of recording a Christmas project. I asked Coko to tell me what were her favourites on the new album. "There are two songs on there that I really like a lot. There are two original songs, one is 'We Thank You', the other is 'The Greatest' and they were both produced by David Payton. There's also a duet with George Huff which worked out pretty good. And I also do a duet with my mom, Lady Tibba, and my five year old son Jalen. It was his first time in a recording studio and he really, really liked it. Now every time I go into the studio, he wants to go as well."

Coko was born Cheryl Gamble on 13th June 1974 in the Bronx, New York. Coko's mother was a gospel artist and growing up in the church, Cheryl/Coko began her recording career as a choir member in Hezekiah Walker's Love Fellowship Tabernacle Choir. But as she told gospelflava website, her church experience was rather stifling. Admitted Coko, "At that time, I was a little fed up with what was going on in church and I just didn't want to be there anymore. So when LeLee approached me about singing in the [R&B] group, I just wanted to try a different experience. I went that route for a little while. I talked to a few people. Some understood and some didn't. I had to do what I wanted to do for me, and that's what I did. I went and did the SWV thing and did not expect anything to come of it or really blow up like it did. It all really happened so fast and there was no turning back after that."

SWV were formed in 1990. Along with Coko were Leanne 'Lelee' Lions and Tamara 'Taj' Johnson. With their New Jill Swing style, SWV conquered the urban music scene. Altogether platinum-selling SWV released six albums (not counting compilations) but disbanded after their 1998 Christmas project. Coko went on to release her first solo album, 'Hot Coko', with RCA and a song from it, "Sunshine", made the R&B charts. Finally in 2006 Coko returned to her gospel roots with the release of her second solo album 'Grateful' on Light Records. She explained, "I had to get to that point in my life where I was just ready. I tried a few years ago but I wasn't ready. Spiritually, I wasn't ready. Now is the time to just go ahead and do what God has called me to do."

'Grateful' included an all star cover of the Clark Sisters' "Endow Me" featuring R&B singers Faith Evans, Fantasia Barrino and Lil Mo. A special edition of 'Grateful', only available through the Wal-Mart shops, included two bonus tracks, "I Wish" and Brent Jones' "Midnite". 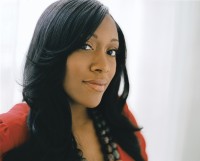 Coko attributes her spiritual growth to the local church she now attends. She said, "I go to a really small church and I love it. We're like a family. My pastor always prays for my husband and I when we have to go out on the road. He's always checking up on us to make sure we're okay. It's not because it's Coko and it's my husband Big Mike Clemmons [who plays with Israel And New Breed], he really cares about our souls. I really like that. I appreciate him and his wife because they are there for us if we need them. He'll tell you that he's not trying to be perfect or like anyone else. He's just trying to be what God's called him to be. I respect him for all that he's doing for the community and for the church. I really like that. He lives what he preaches and that is WAY important."

It's coincidental that SWV's recording career finished with a Christmas project and now Coko has released one. I suggested to the singer that Christmas albums by Christians should be about the birth of Christ and not about chestnuts roasting on an open fire and songs about Santa. How did she respond to that criticism? There was a lengthy pause before she responded. "Christmas is for everyone, and I don't think I made no songs about Santa Claus."

For more on Coko visit the Coko artist profile