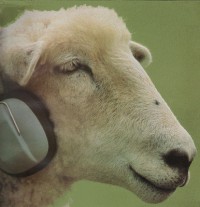 One of the most amazing stats about the Cross Rhythms media ministry is that since its inception in 1990 it has published 23,625 reviews. From sacred oratorios to thrash metal, from ancient blues CDs to today's modern worship releases, Cross Rhythms has reviewed albums at the amazing rate of a little under a thousand a year. Cross Rhythms' veteran music editor Tony Cummings explained how that staggering review figure has been achieved. "Firstly it's because of God's favour. When Cross Rhythms began reviewing albums it was with a full time staff of three. Almost from day one we were appealing for volunteers to help us. Those reviews were then published in a paper magazine, which ran between 1990 and 2005. As the years rolled on we were able to get more volunteers and review more and more albums on our website. Today with our website being read by over 500,000 unique visitors in any one year and now that we're in what I call The Era Of The Independent Artist with thousands of albums coming out without the aid of record companies, it's never been more important that Cross Rhythms serves the Christian musician and those who may want to listen to their music."

But is Cross Rhythms' policy of publishing objective, unbiased reviews of every album it can get its hands on still necessary? Aren't there so many websites out there today that every album released is going to be reviewed on some site somewhere? Tony responded, "You'd think that was so. But not a week goes by when I don't come across albums which haven't been reviewed by anybody, anywhere. And even those that have been 'reviewed' can often turn out to be written by a friend of the band or a professional publicist or someone else who is unlikely to be objective. Then there are 'reviews' which are so biased or badly written or perfunctory - I mean the 'this album's brill' or 'this sucks' which pass for reviews on some download sites - you're not left with huge numbers of balanced, informed reviews. Cross Rhythms is committed to publishing these." 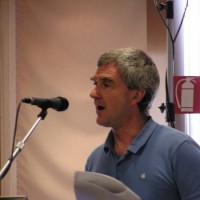 So what does a balanced and informed review look like? "A review should be informative, it should be descriptive - what does the music being reviewed actually SOUND like? - and it should be honest." Cummings chuckled, "even Christians occasionally make mediocre releases." Tony continued, "Christian reviewers shouldn't confuse flattery with encouragement and not only be prepared to praise quality music - vocal or instrumental performance, songwriting, production, packaging - but gently yet firmly point out creative flaws. Thankfully the Church seldom gets its music making completely wrong."

Anyone can write a "review" of course, and dredging through the internet it sometimes seems everyone is. But ignoring the monosyllabic opinions, exercises in hero worship and vitriolic put downs one finds all over the web can Cross Rhythms reviews, mostly written by unpaid volunteers, hope to be as good in terms of writing style and grasp of the subject as the reviews written by professional journalists and critics in newspapers and magazines? Responded Tony, "Unfortunately, the standard of reviews of music made by Christians in mass circulation magazines remains very poor. I've lost count of the number of reviews of Bob Dylan, having made an album grappling with biblical themes, in which his spirituality isn't even noticed by the reviewers. And that's by no means the only example. Years ago Q magazine reviewed dc Talk's 'Jesus Freak' album - which is today considered by countless believers to be a classic - and gave it a sharp put-down review seemingly because of the reviewer's dislike of Christians. And only recently the Independent newspaper ran an article based in part on 'The World's Favourite Worship Songs' compilation in which the confused writer even failed to grasp that modern worship is written primarily for Christians who prefer to worship God with contemporary music rather than ancient hymns. When Cross Rhythms began no one was reviewing Christian music and gospel save for two or three American magazines. That has, thankfully, changed. But ignorance and bias still often show their ugly heads in the mass media when confronted with music made by Christians." 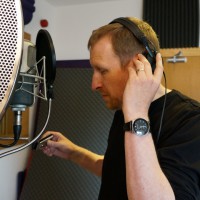 But what about writing style? Surely Cross Rhythms reviews won't be as well written as those penned by professional journalists? Responded Tony, "It's my opinion of course but Cross Rhythms reviews are of a higher standard than in 'niche' magazine like Metal Hammer, Country Music People, Blues Matters, Shindig, Classic Pop or whatever. And occasionally are up there with the best of Mojo, Gramophone or Rolling Stone reviews in terms of journalistic excellence. When one considers that our reviews team are unpaid volunteers, the majority of whom have had no journalistic training save for reading and acting on the Cross Rhythms Music Reviewers' Training Manual it demonstrates that review writing to a reasonable standard is a skill that most people who love music can learn."

One of the Cross Rhythms volunteer reviewers is Hampshire-based Chris Webb. He is a long-time music buff ("I've been listening to music since the Larry Norman era") who has been reviewing for Cross Rhythms since the beginning of 2013. Did he think his review writing has improved since he started? "Oh, I'm sure it has. Last year I got a Chris Tomlin album to review. My first effort wasn't good enough but once Tony got on the phone and went through it with me, almost phrase by phrase, I was able to re-write it and we got it to a publishable state. Now Cross Rhythms are publishing my reviews which need little use of the sub-editor's red pen. The Cross Rhythms Music Reviewers' Training Manual has been a big help in spelling out do's and don'ts in review writing."

A reviewer who seldom needs the sub-editor's red pen is Lins Honeyman who is well known in his native Scotland as a singer/songwriter, works in social housing and presents a weekly syndicated radio programme, The Gospel Blues Train, heard on several radio stations. How does he find the time in such a busy schedule to review so many albums? Lins responded, "I listen to review albums in the car when I'm coming back from dropping my kids off at various places or on the way to gigs and I get up around 5.40am and spend an hour or so each morning writing up the reviews until the current batch is done. I've lost count of the number of CDs that I've reviewed since I started back in 1997 but I really enjoy the variety that's on offer but the real joy is finding that occasional nugget of gold that sounds like nothing you've ever heard before. I also love getting old gospel and blues re-issues which feeds in nicely to my radio show." 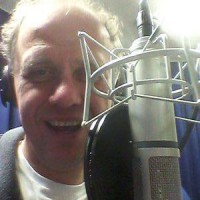 Another prolific reviewer for Cross Rhythms is Bedford-based Stephen Luff. Like Lins, Stephen is a broadcaster and presents a weekly request show on mainstream community station, Black Cat Radio. "You could call my attitude towards music an addiction," he laughed. "But let's just say I love all kinds of music. As far as I'm concerned, art is a means of communication and Christian musicians have an opportunity to communicate about the most important and exciting subject you can imagine." Stephen may be a long-in-the-tooth music fan but he has none of the obsession with formats or the fussy fascination with sleeve artwork which is today expressed in the monthly pages of Record Collector magazine. "Personally, I don't give two hoots about what format I get music in, whether it's an MP3, whether it's released on CD or vinyl, these things aren't very important to me. First and foremost it's about the music and the quality or otherwise of that music."

I asked Stephen whether he has received albums from Cross Rhythms which have gone on to impact his life. "Oh, plenty," he said. "The American roots band Burlap To Cashmere, the Paul Bell album 'Small Town Boy', the !Audacious CD 'The Same Power' and many more. And it was a real honour recently to hear the new album by Jenn Bostic through Cross Rhythms weeks before Radio 2 started playing it!"

Some of Cross Rhythms' reviewers feel able, like Stephen, to review just about any style of music. Others, like Steven Whitehead from Buckinghamshire, specialise in classical and choral musics. In these electronic download times, Steven is also unusual in that just about all the music he receives is in physical form. He said, "I still enjoy reviewing for Cross Rhythms, if I didn't I wouldn't do it. But it's still a thrill every time Postman Jim arrives at my cottage with a new package and I think 'what am I going to get THIS time?'" 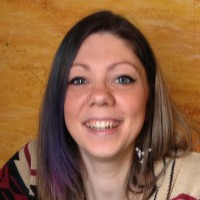 Cross Rhythms' youngest reviewer is Joy Farrington. Although she now lives in the USA, she was born in the UK. Joy said, "Music reviewing is harder than you might think it is but I'm a friend of Cross Rhythms and a fan of Christian music so joining the reviews team was something I've been blessed in doing. And through reviewing I got to hear a really wonderful worship album by Elim Worship. Hopefully my review will encourage others to check it out."

"Cross Rhythms currently has just under 30 active reviewers on its team. It could really do with another 70," said Tony Cummings. "We want to continue to serve the Christian music community - the musicians, the worship leaders, the record producers, the record company executives and of course the worshippers who listen to Christian music. I'd say to everyone who gets to read these words, if you are passionate about God and music, would you prayerfully consider volunteering to become a Cross Rhythms reviewer? You may already have the skills to write reviews to a standard of excellence. You may need teaching-as-you-listen-and-write training to get to that standard. The latter we can give you. But either way I believe it's a job which will bring you blessing, increase your music collection and improve your communication skills. And most important of all, it will serve the Body of Christ."

To volunteer for the Cross Rhythms Reviewers Team contact Angela Selby on 01782 251000 or email her at angela.selby@crossrhythms.co.uk

As someone who runs a long standing, very independent and very small UK Christian Record label I can only say that the support and interest shown to us as a label, as well as our releases, over the years in the form of well-balanced reviews, news items and the occasional article/interview has been invaluable to both us as a label and our artists. Keep up the great work and thanks to all at CrossRhythms!