DJ Bluesky: Behind The Decks - The Florida-based deejay 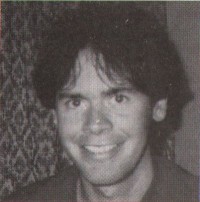 DJ Bluesky is the name of Florida DJ Jon Lancaster, who spins in his hometown of Jacksonville, Florida. After a youth spent skateboarding and listening to Jimi Hendrix and Grateful Dead records, and having a dislike for dance music, he now plays a mix of gospel influenced New York house, hi nrg, garage and trip hop. After rededicating his life to God, and listening to the pioneering work of Scott Blackwell, Bluesky now deejays alongside his partner DJ Seven at the Murray Hill Theatre in Jacksonville. What is the scene like in Florida? "Most young people listen to alternative rock and punk and the sanctified dance scene is just developing." Alongside increasingly regular club nights, DJ Bluesky works as support to sanctified dance acts such as Sozo and the Prodigal Sons.

At the heart of his sets is a desire "to promote the Kingdom and minister to the lost." However, this evangelical approach has not been appreciated by all sections of the American churches. He says, "I am from the south, the so called Bible Belt. Some churches (not all, he stresses) will denounce anything to do | with dance music and dancing as of the Devil." He does not agree with this unbiblical view and points to the mentions in the Bible of dancing, especially as a form of worship.

DJ Bluesky continues, "I believe God planned that his children worship him in a dance environment. It's worship that we try to cultivate and an atmosphere which is glorifying to Jesus, in what we say and the music we play." However, as can be seen by the numbers of up and coming dance music djs throughout the Bible Belt, the negative attitude of the Church is slowly being changed. Bluesky hopes to see more diverse styles on dance music coming through in the future, and may consider production of tracks himself in the future. However, his immediate aim is to build the scene in Jacksonville, and to gain acceptance for the music within the Church.