Dan Lyth: The Dunfermline songsmith declaring Everything Is Simple

In the midst of preparations for the follow up to his intriguing debut album, Dunfermline-based DAN LYTH spoke to Lins Honeyman

Born in Bahrain to missionary parents, Dunfermline-based singer/songwriter and recording artist Dan Lyth's output has been growing in strength and confidence over the last few years. Having developed an interest in music from an early age, Dan began creating music whilst at school before studying Music, Acoustics and Recording at Manchester's Salford University. Now a freelance mixer and producer, Dan's day job sees him work on a variety of projects including television soundtracks and recording other artists as well as working on his own material - namely his 2004 debut EP 'Breathe Easy', the subsequent Christmas project 'The Fat Man And The Baby Boy' and his first full album 'Everything Is Simple' which saw the light of day in 2008. With an ability to turn otherwise sparse acoustic songs into intriguing and surprising landscapes of sound thanks to a penchant for musical experimentation and a healthy dose of homemade charm, Dan caught the attention of BBC Radio 1 bosses and recently appeared on the station's Vic Galloway show as well as making live appearances across the country with his band. Recent times have seen Dan step outside the world of music by helping to deliver medical supplies to Haiti before returning to Scotland to help raise funds for the earthquake-ravaged country through a live event which saw the likes of Graham Kendrick, Cathy Burton and Brenton Brown lend a hand.

In the throws of building on the success of 'Everything Is Simple' and planning for that difficult second album, I arranged to meet up with Dan at his home in a quiet street in the Fife town of Dunfermline. Welcomed in by his graphic designer wife Sarah - responsible for the stunning artwork on her husband's album - I am told that Dan has phoned ahead to say that he has been delayed en route from working in Glasgow thanks to a steadily increasing throng of traffic heading towards the nearby T In The Park festival. As I am ushered into their front room to set up for the interview, I note with interest a lived in but cared for banjo leaning against an acoustic piano that on inspection gives off a delicious honky tonk sound in lieu of a tune up. Elsewhere, CDs lean against one another on several shelves and betray a diverse taste in music ranging from Simon & Garfunkel to Sufjan Stevens and a whole host of lesser known artists in between. On the other wall sits a TV that Dan later confesses is not plugged into an aerial which he tells me helps keep him from being distracted during the songwriting process.

In reality, Dan is only five minutes late, sticking his head round the door to needlessly apologise for his lateness. As he takes a few minutes to freshen up elsewhere, the air is peppered with Dan singing improvised melodies to himself, cementing the fact that creativity and music ooze from this fascinating artist. As we sit down to talk, I ask Dan how his latest release came about.

"I'd done the 'Breathe Easy' EP when I was studying and it was a natural progression to keep on writing," explains Dan. "With 'Breathe Easy', I stripped down all the instrumentation and made the arrangements really simple. This time around, I decided to experiment a bit more with fuller arrangements. I started writing over the course of about three or four years and most of it was recorded in our flat and in friends' houses. I just took a laptop and went round recording people."

I wonder if it was a challenge holding down paid work whilst recording such an intricate album. "I suppose it's the same thing for a lot of independent musicians where it's not your full time job," Dan reveals. "'Everything Is Simple' was recorded when I had a full time job. In fact, I used to commute to Glasgow everyday and I would edit what I'd recorded on my laptop on the bus to and from work. A lot of the lyrics were written on the trip to work. The only thing I never did was record on the bus!" 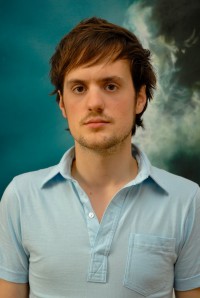 I ask Dan what his favourite track on the album is. As if wary of showing favouritism at the expense of other offspring, Dan reluctantly proffers the unusually titled "Oh No He Isn't! Oh Yes He Is!". "That song is about where we find our sense of identity. It talks about different conflicting voices telling you which way you should go and what you should do. In my head, I had this picture of a pantomime and being on stage and people shouting advice out to you." Continues Dan, "The middle bit has a line in it that says 'If I let their words make me/I give them the power to break me' and this is basically saying if you get your sense of self worth only from the positive things people say about you then one day they might stop and you'll be in a hard place. I think we see that in the lives of celebrities today where they seem to live off what other people say about them."

A committed Christian, Dan does not shy away from dealing with personal issues in his songs. I press him about how important it is for his music to reference his faith. Pausing to gather his thoughts, Dan carefully replies: "I suppose if you sing about what's going on in your life and what's important to you and, for me my faith is very important, it naturally comes out in your songs. I don't try and force it - I like honest songwriters and I think if you're honest and you sing about what's on your heart then it will always show. I feel that if I enjoy life and enjoy things like making music, singing, being with my friends then that's a witness. The sense of joy and creativity that I believe can only come from a relationship with God speaks for itself."

It seems that making music has been a part of Dan's life since childhood. "The main way I heard music was through my dad playing folk songs on that banjo over there," he says, pointing to the instrument propped up against the piano, "and then later finding out who wrote those songs. That was my first exposure to music and I guess that's why I've always had a sort of leaning towards acoustic music. After that, I started listening to the likes of U2 and then Radiohead and it evolved from there."

I suggest that this somewhat unorthodox musical upbringing may in part explain why many find it impossible to pigeonhole him as an artist. "My music isn't some sort of revolutionary avant garde thing," he confesses. "However, in little ways you just push yourself and try new things. I don't try to be clever and avoid being pigeonholed but I guess I just enjoy trying different things - like using a little Casio keyboard that I bought for a fiver on Ebay on the intro of the song 'Castles'".

I ask Dan what stage the follow up to 'Everything Is Simple' is at. "With the last album, I tended to write the songs on my own, record the guide track and send them to my friends to play on telling them roughly what I wanted," Dan explains. "This time, I'm trying to do the arrangements with the band before we record them. They're really good musicians and their creativity is just amazing - they take an idea of mine and make it so much better." 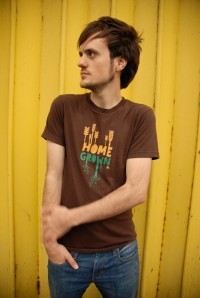 Continues Dan, "The next big difference is that we're going to record it entirely outdoors. It's quite common for people to record in their flat or their bedroom these days and the relationship between environment and music is not as important any more - before you would have to record in a certain room in a studio to get a certain sound. It's quite interesting trying to re-explore that so we're going to record in a variety of urban and rural outside locations to experiment and see what happens. I can also be a bit of a perfectionist and this will take things out of my hand a little bit because there will be lots of ambient sounds that I won't be able to foresee. I might even get to record on that bus," jokes Dan. "It's not strictly outside so I'll have to be on top of it!"

Lastly, I ask Dan how his trip to Haiti came about and what it meant to him. "I have a friend who set up a charity called Lemon Aid and they have been involved in Haiti for a number of years. In January this year, there was the massive earthquake and they were trying to decide the best way to help a particular hospital that had been hit. They decided to take out a whole load of medical supplies to this hospital and I offered to go out there and basically heave bags of supplies and visit various places to help out. The part I played was quite miniscule in comparison to what else was going on," Dan modestly admits, "but it's so important that we don't forget Haiti because it'll take a very long time for that country to recover - long after all the news crews have left. How they're going to build Port au Prince with over a million people homeless is almost beyond comprehension.

"When I came home, I got involved in an event called Heart For Haiti which had Graham Kendrick, Stuart Townend, Brenton Brown and Cathy Burton on the bill as well as Andy Hawthorne of the Message Trust who came up and spoke", Dan adds. "It was a really good event and, with money raised from this and other events, they've managed to raise about Â£300,000 for the hospital which is amazing."

One lasting memory of Haiti seems to have stuck with Dan proving, as if further proof were needed, that music underpins everything he does and experiences. "I took a portable recorder out to Haiti to do some field recordings - not a great deal because there were more important things to do - and I captured some patients singing as they queued up for treatment early in the morning at a field hospital."

As our time comes to an end, it's clear that music is more than a day job to Dan: "As I recorded, I was amazed to hear these patients - most of whom had nowhere to stay and had lost everything - singing and thanking God despite their circumstances."