The radio-friendly "Thank You" from 'Sound Of My Soul', the debut album by south east London rapper E Tizz, brings into the spotlight another of the talents from the thriving gospel hip-hop underground. E Tizz, known to his mum as Timothy Grimwade, has been mentored by Jahaziel and like the MOBO-winning rap star has a wide variety of hip-hop styles and pulls no punches with his biting and sometimes confrontational verbal flows. Born in Enfield, 25 year old E Tizz became hooked by hip-hop at the age of nine. He soon grew to love it and behind closed doors began to write and practise his own lyrics.

On Mike Rimmer's Rimmerama programme E Tizz spoke about the tensions of being a white rapper. "It's really weird for me. I actually had trouble fitting in with white people as opposed to black people. My wife is of Jamaican descent. There is still racism in our society and there are still stereotypes but I just get on with it. It's funny, I was at a show the other day and an elder, a West Indian guy, came up to me and shook my hand for a minute looking me in the eye. He looked at Jahaziel then looked back at me and said, 'What colour are you?' I just laughed with him and he said, 'You're not white, dude.'"

Another prejudice that E Tizz has had to deal with is conservative churches who believe that hip-hop is an entirely inappropriate vehicle for Christians. He responded, "Obviously, I really don't conform to those views, I really feel it's like having a kitchen knife. For instance, on the one hand it can be used to make your dinner. On the other hand, in the wrong hands, it can be used to stab someone and take their life. It really depends on who's holding the knife. I think it's the same with hip-hop. Because all it is, is lyrics set to music. If I took away the music would people say the same or would they just call it poetry?"

On Rimmerama E Tizz gave what he called "the short form" of his testimony. He said, "My mum and dad raised me in the church. When I reached my early teens I fell away due to the appeal of other things like football. I played street hockey - hockey on skates. All of my games came on a Sunday so I managed to work my way out of going to church. Before I knew it I wasn't in church at all. Saying that, I could never completely shake off the teachings my mum and dad instilled in me from when I was young - they were always banging on at the back of my head. I fell into stuff like raving, fornication, violence - all the typical problems youth face today. Eventually my uncle and aunty invited me to a couple of church concerts. This is where I first saw some guys doing Christian hip-hop. I liked the art form in the secular world and when I saw that, I was like, Oh wow, you can do that! When I was doing all these mad acts it was always in the back on my mind, Tizz, you know it's wrong, stop doing that. I knew it was not what I should have been doing but peer pressure got the best of me. So I started going to these [Christian hip-hop] concerts, I went for a little while. There wasn't a dramatic, instant change, but the Lord was working on me. My uncle then invited me to a conference over a few days in 2004. I got saved then, I gave my life to the Lord. Since then I've never looked back." 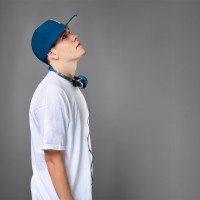 E Tizz was baptised and soon after switched his writing talents from mainstream to gospel hip-hop. He knew that God could use him and took it upon himself to study with fellow believers which eventually led them into forming their own hip-hop gospel group known as Young Wizdom. After spending a couple of years ministering and learning together the group went their own ways. After being seen by Jahaziel at a performance the rapper gave E Tizz the opportunity to become his "hype man". E Tizz learnt much from Jahaziel as they have ministered across the world together to many different audiences, playing the UK, Germany, Slovakia and the US. E Tizz has also graced stages with US artists such as Lecrae, Ambassador and Grammy award nominated Da' T.R.U.T.H.

Now with his independently released album 'Sound Of My Soul' things are entering a new phase for E Tizz. The album was produced by GP of New Direction Crew (recently nominated for a MOBO) and Jimmy James (recently heard on the turntable hits by partners in grime Dublit). Said E Tizz, "I've got my own studio set up at my house. Once I had the beats and stuff I decided about seven months before it was done that I wanted to do something. It took me about seven months to put it all together from start to finish. The hardest thing I found was getting my features (guest artists), getting them to come and record."

E Tizz's "features" were worth the wait. Guvna B, G-Force, SammyG, SO and Jahaziel himself all added their considerable talents to E Tizz's outstanding debut. One of the most powerful tracks on the album is "Choices". The rapper spoke about the song: "Choices is a track about a young a guy, a typical teenager who gets confronted with a couple of choices. On the way to meet his crew or gang he meets a Christian guy. He offers him the Gospel and he turns it down, but he ends up getting shot and loses his life. Obviously it's too late to accept Christ then. The third verse starts with the same scenario with him meeting the Christian guy, but this time he accepts Christ."

E Tizz, congrats on the album. It's incredible! I praise God that the gospel is hitting the airwaves and streets in the UK. I pray for God that will continue to strengthen you on this walk. God Bless!

This guy is the real deal. Spent time with him and his lovely Mrs. over the summer and he's all out for the Gospel. Well done E-Tizz on following the Lord into giving your album away too. It's the way forward!