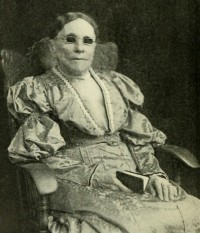 American Mission worker, poet, lyricist and composer Fanny Crosby, who was born in 1820 and died in 1915, is unquestionably one of the giants of Christian music. One of the most prolific hymn writers in history, writing more than 8000 hymns and gospel songs, this blind phenomenon went on to be called "Queen of gospel song writers" and the "mother of modern congregational singing in America." Some of her classics such as "To God Be The Glory", "All The Way My Saviour Leads Me" and "BlessED Assurance" are still sung many churches today.

Among Fanny's vast collection of works were an astounding 2700 unpublished and unfinished compositions - a forgotten musical treasure that sat hidden for years, passed from Fanny's publisher to the archive of the historic Wheaton College. And it was there in 2000 that artist, writer and archivist Stephen Kelley learned of the forgotten cache. Remembered Kelley, "They wheeled out 20 library carts containing the manuscripts. . . some lyrics were on scraps of paper and the backs of envelopes, letter head, legal paper, all with Fanny's initials. I couldn't believe it when I saw them, something emotional welled up inside me."

Knowing that he couldn't leave them languishing in obscurity, Kelley volunteered to have them digitized, already thinking of ways to bring every lyric to light. He just didn't know the "how" and "who" components at that time. Years passed before Kelley connected with producer Bobby Blazier (The Alternators) and shared his discovery. Kelley remembered, "Bobby teared up, because Fanny's songs had meant so much to him personally."

Now there were two on a mission. . . to find a team that could help bring these songs to life. And 15 years after the original discovery by Kelley, Fanny's unfinished hymns found a home at Integrity Music. Modern worship songwriters such as Paul Baloche, Michael Farren, All Sons & Daughters, Jon Egan (Desperation Band), Bart Millard (MercyMe), Stu G (Delirious? & One Sonic Society), Michael W Smith, Krissy Nordhoff, Greg Sykes and Dustin Smith took a selection of these Crosby manuscripts and turned them into the album 'Blessed Assurance: The New Hymns Of Fanny Crosby'. Released in October 2015 the album was critically well-received, the Hallels website writing, "After being shelved in the coffers for years and years, it's humbling and a privilege to hear these unpublished poems and lyrics see the light of day. Indeed, our lives are definitely richer, deeper and more fruitful because of these God-glorifying hymns." 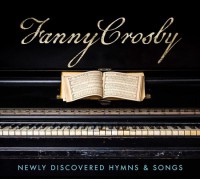 But the story of Kelly's efforts to bring Crosby's undiscovered material did not stop there. Today A bevy of top Southern gospel and bluegrass artists have now turned their hands to 15 more of the timeless writings of America's greatest hymnist. The album 'Fanny Crosby: Newly Discovered Hymns & Songs' is being released by StowTown Records (Authentic Media in the UK) on 23rd March. The collection features the Booth Bros, Charles Billingsley, Ernie Haase & Signature Sound (who also appeared on the 'Blessed Assurance' compilation, Legacy Five, The Guardians, Jason Crabb, Lizzie Long & Rhonda Vincent, The Erwins, The Mylon Hayes Family and others. It is another fitting tribute to a true giant of church music.

Will There ever be printed music vocal/piano to "Hold On"?

If so, when and how much. I would like to introduce this to my Senior Adult Choir.

There may be others, but the style of this song and the message is so good. Thanks for your help

This is wonderful news. Really keen to get my hands on these recordings. Thanks for this sharp article, Tony.