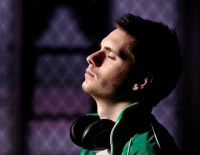 Britain's gospel hip-hop underground has never been stronger with more and more righteous rappers emerging to proclaim the godly antidote to bling and guns. New onto the Cross Rhythms playlists is London-based MC Tobe Butler, better known as Forgive. The rapper spoke about his turntable hit "Bounce", taken from his album 'Straight Fire', "'Bounce' is basically a track having a dig at club culture, but also a dig at holy huddled Christians who don't 'pray for 'em bruv' but just sit there criticising. I try to layer each song to speak to people who would say they are Christians and for those who say they aren't, as after all we are all sinners, and there should be no division between us. Christ dwelt with sinners, therefore never going to a club because it's 'evil' is juxtaposed to how Christ acted."

Forgive/Tobe was born in Nottingham in 1985. He moved around quite a bit, his father finally getting a job in South Bucks "just North West of London on the end of the Met Line." He grew up in loving and secure family and even from childhood knew that God loved him. He said, "I knew that when I worshipped God I felt alive. I don't mean just singing cheesy songs, I mean with my life. I remember being persecuted even in Year 6 for being a disciple of Jesus. I had a deep love for my neighbour and valued the underdog more than the people on the podium since the get-go really. I hated seeing people downtrodden, so I would always stick up for them and worry about how I could make their lives better."

A music lover from childhood, by his teenage years Forgive was being drawn to make music of his own. He said, "The understanding of the impact music can have came very young. This realisation that I could make a difference through this platform soon led me to start writing lyrics from when I was 15. My mum is a published author and my dad has been a director of short films and programmes at the BBC for decades, so I had the creative/writing genes in me which were always going to show themselves. I first felt the power of hip-hop music and rap when I heard Eminem (I've been praying for that guy for years, I was excited to see him wearing a cross on stage the other day, iconic or not, maybe it will speak to him); I love Eminem's music, his use of wordplay is incredible, his nasal sound and content too were aspects I immediately related too. Listening to him speak so honestly helped me to do the same, I kept writing and writing furiously on my lonesome for years, practising different flows and sounds. It was a massive journey of being poor at rapping, to quite poor, to average, to okay, to not bad, to quite good, to good, to 'wow, I can do this!' It took a lot of hard work, dissing and embarrassments."

While working as a youth worker at a church in Peckham Forgive made a couple of mixtapes which he gave away and sold a few. But it was when a well known deejay Deeology came to join Forgive's church that the rapper's ministry took a giant step forward, though in an unexpected way. Explained Forgive, "We first got close when I was praying for him after he nearly died having had a bad reaction to medicine while having an operation. Me and my wife were praying with him by his bedside, and with him in ICU as he was hanging in there. We had barely met but I knew from that minute that there was going to be a bond with us that would propel a strong friendship and a challenging one if he was to come through okay, which he did." 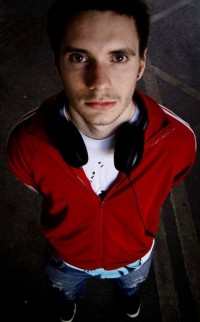 On Deeology's recovery, the DJ introduced Forgive to another turntablist, Thamesmead-based DJ Trojan. Recalled Forgive ruefully, "It took us about six months of hard graft, from writing, recording, mixing and mastering once we got on it. We recorded 'Straight Fire' at DJ Trojan's home studio for a good price, using a majority of Deeology's beats. He was also exec producer of the album. In addition, his brother DJ C-SAR made a quality instrumental and invited Deeology to use his studio. Many contributed to 'Straight Fire' and I'm grateful to everyone's input."

Apart from the arresting "Bounce" another compelling cut on 'Straight Fire' is "This World Is For You". Said Forgive, "I spent three years in Peckham and basically the track is a challenge to absent fathers to go home and be dads, be with the woman who has your child, be that loyal man and that strong role model. The track also encourages boys that they are not their fathers. The hook goes, 'I understand sunshine/This life is hard/Ever since your father forever ran out the yard/And never came back/But that's not you/Be all you can be dude/This world is for you'. I experienced so much brokenness doing youth work for three years in Peckham that it's a straight reaction to that, a heartcry for justice."

Forgive is already planning his next album which he hopes to have out before the end of the year. And in everything Forgive is determined to be a bold ambassador for the living God. "I feel I will challenge a lot of people in the decades to come with the words I believe God will give me. I see success as being obedient to God, however. So this could be the last article piece I ever have done on me. I'll be fine with that. Amen? Amen."