Ginny Owens: The singer songwriter marches back with a Soul Stride

Tony Cummings welcomes the return of one of Nashville CCM's most gifted talents, GINNY OWENS 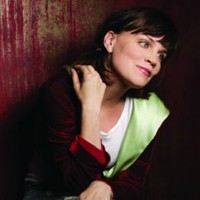 The harsh financial realities of the music industry dictate that artists once praised and promoted - and in the Christian sphere eulogised for their important ministries - can be summarily dropped the moment a particular album fails to reach its sales target. Such cavalier treatment means that for hundreds of artists who'd once enjoyed the support of record companies, are subsequently faced with stark choices. They either give up all thoughts of pursuing music as a career and endeavour to find non-music employment. Or they join the vast throng of independent artists, recording and selling albums themselves and performing with little or no publicity or promotion. This difficult crossroads was once faced by blind singer, songwriter and pianist Ginny Owens. Despite being named New Artist Of The Year at the 2000 Dove Awards and despite having a string of successful albums for Rocketown Records by 2006 she was out of contact and recording self-financed independent albums like 2006's 'Bring Us Peace' and 2009's 'Say Amen'.

But as Ginny reported on her website recently, things have turned full circle for the singer with the jazz-tinged pop/R&B style. She wrote, "This past week, I did something I thought I'd never do again - I signed a new record contract with Soul Stride Records. The decision to make such a move wasn't taken lightly. Lots of careful planning, pondering and praying went into the matter. After releasing several projects as an independent artist, I knew that the only label deal I'd ever consider signing again would have to be the right one. My partner label is called Soul Stride Records and is part of the EMI Gospel Distribution system. I love the name, of course, since I love anything with the word 'soul' in it. I also love the vision for the label - to make unique, creative music that doesn't fit a particular mould. Soul Stride's CEO, Aaron Rice, is a phenomenal Grammy-nominated songwriter. He and I share a love for pop/R&B music. When Aaron first listened to my new CD, I was so grateful that he loved it. I was excited to find a champion that believed my music could help bridge the gap between the two worlds of Christian music and mainstream. This has always been my desire. Collectively, we are passionate about making great music that will reach out to a broader audience that will inspire them through my songs and stories. The more we discussed the music and our visions for sharing it, the more I realised that Soul Stride/EMI would make a great partner. I'm so looking forward to the future with this new venture. Many exciting things are in the works already."

Ginny has now completed her Soul Stride debut, 'Get In, I'm Drivin'. Some of the tracks on the album were produced by David Das, whose credits include work with Rebecca St James, Katharine McPhee and BarlowGirl. Ginny felt his cinematic film score background, as well as the laid back LA environment, would lend a freshness to the project. Ginny also called on longtime friend and Grammy Award-winning producer Monroe Jones (Third Day, Mark Schultz) to help bring the record to a strong finish. "Monroe produced my first three albums and gets my music more than anyone else I've ever known. He knew exactly what touches were needed to complete the project."

Talking about 'Get In, I'm Drivin' Ginny said, "This record is probably the most soulful of all my records. Having grown up in Jackson, Mississippi, on a diet of gospel and R&B music, it's always been there but we've kind of politely hidden it amongst the pop tracks. Now, there are a few pop-sounding tracks hidden among the soul." 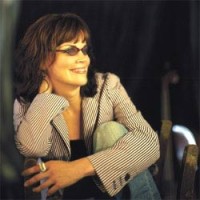 She continued, "This is kind of my autobiography. I've always been a little left of centre and felt like I didn't quite belong. I was trying to take the wheel of my life and take things in the direction that I wanted them to. I think that's a theme.realising that God says that this is my adventure. I'm different. He made me that way, so I should celebrate it."

A pivotal time in the development of the songs in 'Get In, I'm Drivin' occurred after the award-winning singer relocated to America's East Coast. She explained, "Around 2008 I moved to New York for the summer and took fiction writing classes at Columbia. It was amazing. I really feel like there's a lot of listeners out there who love music that aren't going to turn on Christian music or don't know about it. A huge part of my thought process was about how to share my faith or my hope in Christ with them without turning them away."

What took Ginny away from New York to Mississippi was a personal trial. "I probably would have moved to New York but I had to move home for a while to take care of my mom." Ginny returned to Mississippi to nurse her mother who had contracted cancer. The difficult times Ginny experienced profoundly affected her songwriting. She said, "The songs have been part of my journey and were developed over the last five years. Having lived through some challenging times, I was really asking myself questions like, 'What is at the core of life?' or 'What are the things that I really want to say?'

As she answered those questions, she wove the answers into new songs. "There's the theme of celebrating who I am.and believing that God loved us so unconditionally so that we could give others the open hand and heart he gives us. There are always going to be hard times. But we're never left alone."

Earlier this year Ginny was honoured to be given a high profile National Day Of Prayer which took place in Washington DC on 5th May. Ginny told Christianity Today magazine, "I know that I need to pray nearly as often as I need to breathe. I'm honoured to get to pray for our nation with others who likely feel the same way. I consider it a tremendous blessing and privilege that in this country, we still have the freedom to pray publicly, and that's a freedom we may not always have."

The theme of the National Day Of Prayer was the Martyn Luther hymn "A Mighty Fortress Is Our God". Ginny gave her thoughts on the theme: "Currently, the things that seem most powerful in our world are dark, dangerous and daunting - the threat of terrorism, uprisings and wars in so many places, natural disasters, economic unrest and the list goes on. This year's theme calls us to focus on the hugeness of God. His might, power and strength are greater than all the looming disasters of the world combined. For those who know him, he is a fortress - a strong tower and refuge. He is our only true protection, our only hope. To consider his greatness as we lay the concerns of our country before him gives us a sense of awe, as well as confidence, that things can change."