Gospel blues is today accepted as one of the many subgenres covered by that broadest of terms, Christian music. Although lacking the larger churchgoing following and seldom heard on the radio a swathe of blues singing gospellers like Glenn Kaiser, Jonny Lang, Jimmie Bratcher, Larry Howard and Gypsy Carnes have ensured that the lyrics of at least some blues songs go beyond the themes of hard times and cheating women. But having acknowledged that, one must also concede that today's gospel blues artists are almost exclusively white save for an occasional Rev John Wilkins or a Rev Dan Smith found ministering in some obscure church in the Deep South. Blues music, once the African American music form which was the foundation stone of much 20th century music, is today looked upon with disdain or apathy by the majority of black Americans. As we all know today's continuing audience for mainstream blues artists whether it's Eric Clapton or Buddy Gay is almost exclusively white.

In 2008 an important book Getting The Blues: What Blues Music Teaches Us About Suffering And Salvation by Stephen J Nichols was published. It explored what blues music teaches about our bondage to sin and how the blues encourages us to strive for justice and righteousness. Portraying King David as almost the original blues artist whose Psalms eloquently expressed the "dark side", the book made a thought provoking read though Professor Nichols did seem to have a highly romanticised view of the lifestyles of the bluesmen he covered and saw fit not to mention the sexually explicit lyrics of whole swathes of secular blues.

Another omission in Getting The Blues was much in the way of an analysis of the African American Church's attitude to blues music in the music's formative years in the 1920s and 1930s. As has been documented elsewhere, the black Church often railed against the blues and blues singers. These denouncements had little to do with the music form - indeed one only has to listen to the rolling boogie piano of gospel's Arizona Dranes or the searing slide guitar of Blind Willie Johnson to recognise that a great deal of the blues musical styles originated within the Church. What the irate reverends were denouncing from their pulpits was the lyrics of many popular blues of the time. Indeed many hit blues 78s were every bit as salacious as the songs of the bump and grind stars of today's modern R&B while the lifestyles of many bluesmen were, in truth, often feckless, drunken and violent. Great art was indeed produced by many blues musicians but then, throughout history, great art has often been created through morally flawed individuals.

What is intriguing about the early bluesmen is that as well as the hard-drinking, hard-living blues singers there were some that held on to faith in Christ or, if not that, some vestiges of their early years of church-going. Gospel blues wasn't simply sung by the "jackleg preachers" (street performers like Blind Willie Johnson and Washington Phillips who had no direct local church connections). Gospel blues was also sung by "professional" itinerant blues singers like Josh White (who recorded successfully as The Singing Christian) and Blind Lemon. 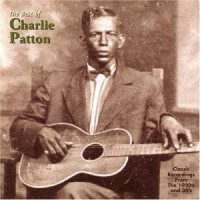 The two giants of pre-war blues music were Charley Patton and Robert Johnson. Both had a fascinating attitude to the teachings of Scripture and the claims of Christ. It seems that Charlie Patton was indeed a Christian who fluctuated between the desire to exercise his gift as a lay preacher and travelling the road of hard booze and hard women. Robert Johnson was a man who, having shaken off the claims of Christ on his life, was prone to sorrowful guilt and depression. No one can listen to Johnson' "Hell Hound On My Trail" without recognising how dreadful are the results of making wrong choices in life.

There is, of course, a popular myth concerning Johnson's life. How he met the Devil at the crossroads and traded his soul for sublime musical ability. Considering the awareness of his sinful state expressed in many of Johnson's songs such a colourful myth on one level at least contains some truth. 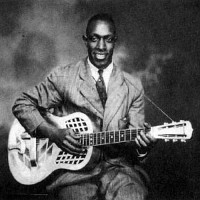 A few years ago in a TV series overseen by top film director Michael Scorsese, a documentary was produced, The Devil's Music. Such an epithet goes right back to the '20s when African pastors were using such phrases in their denouncement of the blues. It was a very unfortunate phrase. The theological truth is that the Devil in fact has created no music. He only despoils and corrupts creativity. God is the father of blues music just as he is the father of hymnody, the pop ballad and heavy metal. Having been denounced in such sweeping judgmental terms, it was hardly surprising that some blues singers began to revel in the notoriety - one blues singer Peetie Wheatstraw even named himself The Devil's Son-in-Law.

As the country blues of the '20s gave way to the urban blues of the '30s, '40s and '50s the black audience for such music gradually began to wane. The last great resurgence of black audience support for the blues, lasting into the '60s, was a new form of blues, today often referred to by historians as "gospel blues". Why an old phrase for a new blues form was adopted had nothing to do with the lyrics. Post war gospel blues - as performed by BB King, Bobby Bland, Little Milton and dozens more - largely featured the usual cheating women and hard times lyrics. What made the "gospel" word appropriate was the obvious derivation of the recast blues singing style. Adopting the singing styles of the seminal hard gospel quartets of the '40s and '50s, this new wave of blues singers were just one more example of a style originating in the Church being secularised for commercial success. 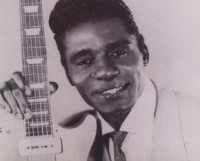 Blues historians are agreed that the seminal recording in post war gospel blues was the 1953 million seller "The Things I Used To Do" by Guitar Slim. With a heavily amplified Les Paul guitar and a sax riffing band conducted by Ray Charles it proved to be the template to a new approach to blues music followed by hundreds more. As it turned out, it was the only hit Eddie "Guitar Slim" Jones ever enjoyed and when he died in 1959 aged 34, after years of heavy alcohol abuse, he - according to historians - looked 20 years older.

Like Robert Johnson there's a myth about Guitar Slim. Before his million seller the singer/guitarist used to hang around with other musicians at Dr Augustine's Curio Shop in New Orleans. Victor Augustine was a well known practitioner of voodoo. Fellow musician Earl King told a journalist about how Guitar Slim claimed to have got his million selling song. "Slim came to me one day and said, 'Earl, let me tell you something, boy. I'm gonna play this song for you, but if you mess with this song, lightning gonna come down and strike you dead as a doornail. I'm playing this song for you, 'cos the Lord came down to me one night and offered me a song in one hand, and the Devil had one in the other.' And Slim said, 'You know which one I took?' I said, 'I know.' And he said, 'I took the one from the Devil.' And that's how 'The Things That I Used To Do' came about."

Thanks Tony for continuing help us in getting the message out.