Ivor Peters: The deejay playing "funk with a jazzy trip" 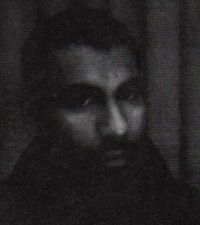 In the two years IVOR PETERS has been DJing playing "funk with a jazzy tip" he's acquired quite a following. His residency at The Funktion Room' at Ollie's in Ascot and the club nights he's put on there with fellow Windsor DJ Mark Cooper are clearly doing the business. Mark, a long time church friend, will probably be best known to Cross Rhythms readers as The Flood whose extraordinary "Morning Time" is thought by many to be the standout track on the N-Soul/Velocity compilation 'Cross Rhythms'.

Ivor's parents were from Pakistan and committed Christians (his grandfather was a pastor). Ivor's first musical passion was hip-hop. He ruefully remembers his first attempt to DJ at a sixth form birthday party, "I convinced one of my friends to let me have a go. It was a disaster! I realised then it was much harder than it looked."

Ivor retreated back to his record collection before eventually securing a residency at a local Windsor wine bar 'Crosses Corner' playing 70s jazz funk. Now with Mark Cooper, his playing will be diversifying. "In 1996 Mark and I will be running a whole series of club nights at Ollie's. The first one we did called Divine was a success and now we've got the next lined up called Rapture. We'll be playing house/garage/hard house/funk - a bit of everything."

When not deejaying Ivor works for the Oasis Trust, the multimedia evangelistic organisation run by Steve Chalke. Ivor works in the newly created media department. Oasis are working with NSPCC to put on a major Christmas show featuring non-Christian and Christian artists. So the Wades, Martyn Joseph and Sue Rinaldi will be on the bill alongside Beverley Craven, Des'ree and China Black. Ivor comments, 'Today the best Christian music can stand up against the best non-Christian, it just needs exposure."

Returning to deejaying, Ivor has one final gripe about dance music produced by Christian record companies - format. 'The companies are trying hard to be culturally relevant and they are now putting out some great dance music - but they're only releasing it on CD and tape. Most of the clubs Mark and I deejay in just don't have CDJs (CD mixing decks). So if it's not on vinyl it doesn't get played. Christian companies have to wake up and start releasing 12 inchers of their best cuts - otherwise they're just reinforcing the Christian ghetto."