Spanish American teenager JACI VELASQUEZ has been catapulted to the top of the Christian music charts. Tony Cummings reports on her extraordinary rise to success. 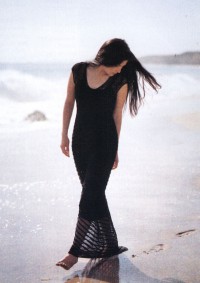 Jaci Velasquez is an extraordinary Christian music phenomenon. Still only 18, she's well on the way to her second platinum album - Jaci Velasquez sits atop America's CCM chart as I write this. The previous album, Heavenly Place produced a staggering 5 Christian radio hits and lined her up for a Dove Award as "New Artist of the Year". Now there's a Jaci Velasquez book about to be published too. "A lot's been happening" - the bubbly teenager exclaims with classic understatement. "I'm very excited about it all, and a little tired. But more than anything, I'm just so happy. All these things could have happened to someone else, but they're happening to me - and that's a big deal. I get excited, but then I also go: 'Wait a second here, wait a second. I don't know if I can do this. It's a lot to live up to.'"

Jaci Velasquez is perplexed, it makes her query: 'What have I done that's different? What's different about me?' I've tried to figure it out. Maybe I prayed harder - but no, that's not it. Maybe it's because I have a different last name - but no. I can't come up with answers. I don't know why my record has had this success and some other people's haven't. The only thing I can bring it back to is God. In Rebecca St James' words - "It's all about God." That's the simplest answer, and by far the deepest answer."

So let's say God wants to grant phenomenal success. How does he prepare you? For Jaci Velasquez, the answer is family. Her conversation returns to family over and over again. And today, on the concert circuit, her mum travels with her, giving some logistical help and a lot of perspective.

"My mum's my best friend. She's about the only person who really knows everything about me. I mean, when I got my first kiss, I told her about it." Even Jaci's most vivid childhood memories foreshadow much of what has followed and, doubtless, much of what is to come.

"My brothers are a lot older than I am. The youngest of them is 9 years older. But they are like my most prized possessions, as weird as that may sound. I remember as a very young girl when my brothers went off to school in the morning. I couldn't wait for them to return. I would sit in front of the TV watching Petticoat Junction and I Dream of Jeannie, but I was really just waiting for them to come home. My mother would be folding clothes, and my dad would be at the church because he was a pastor at the time. I'd be in their room because their window faced the bus stop. And I would wait. It's not that they would do anything particularly special when they got home, they just treated me as their little sister, but that was the happiest I'd ever been in my life. By far the simplest and the happiest."

Now, years later, the memories that float to the surface are memories of those quirky, goofy moments, families sometimes enjoy. And memories of church picnics and the church drama group that her brothers were a part of. Simple things.

But families change; time changes them. Older brothers leave home, and pastors must sometimes relocate. From Houston, the family moved to suburban Dallas, when Jaci's dad left the pastorate and took on the responsibilities of praise and worship leader at her uncle's church. But after six months or so, the family was back in Houston where her father assumed praise and worship responsibilities at their former church. Then something truly remarkable happened - it happened in slow motion, but it happened. Most unexpectedly, a ministry was born, and Jaci's career emerged out of that ministry.

"I was in the 4th grade when God called my dad back into the ministry. I was 9. My dad told God, 'I really don't have anything to give you. I don't have a band anymore.' In the past he had had several different bands and groups. Not any longer. And he told God, 'The only thing I have left is my wife and my little girl.' And God said, 'That's all I want; that's all you have to give me.' So he did. I was 9 and a half years old when we piled into the '85 Honda Accord and left for our first date in Grants, New Mexico. We left home with $150 in our pocket. But God confirmed that ministry, even that first night. During that time, though, I was only singing like one song. I only knew one song, a country song called The Master of the Wind."

From that point on, the Velasquez family was on the road, and Jaci was home schooled by her mother. She had started out singing her one song, but in time another tune was added to her repertoire, and another, and another. By the time she turned 13, she was doing her own concerts.

"My parents were doing the main thing, like the church services. I would go do the youth services and the children's' services. But you know, when you're 13 and you're trying to sing in front of people your own age, it's weird. Now it's easy for me to minister to kids of my own age, but when I was that young, I always felt like they were thinking, 'What do you know?' They may still feel that way (laughter), but it's easier." It was one concert that changed everything. "When I was 14,1 sang at First Baptist Church in Houston, and the booking agent for Point of Grace was there. Two weeks later, he asked me if I would come and sing for the girls. I was like. 'Okay, sure.' I went there, and he actually wanted me to open a concert. So I opened the concert, and they videotaped it and sent the tape to Mike Atkins who manages Point of Grace and now manages me." 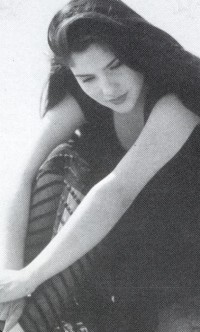 Jaci, was at her brother Julien's tiny apartment in Houston, listening to a Cindy Morgan CD, when the call came. As Cindy sang, "Let it be love/let it be true", Jaci's Mum took a call from Atkins who raised the question of a record contract.

"I was sitting there, listening to one side of the conversation, hanging on every word, waiting to see what was going to happen. I still remember that day. It was the best feeling in the world. I wasn't looking for a record contract. I wasn't looking to open concerts, or to do concerts. I wasn't looking for anything. I was doing what I love doing, singing in churches with my dad and mum. But I remember the excitement that swept over me. It was the most special thing I've ever felt. It was incredible. When I came to the phone, Mike started asking me questions about what I wanted and where I was going to go. He wanted to know if I was going to do this for the right reasons. At the time, I was 14 years old. The only thing I wanted was to sing. I loved singing for the Lord, and I loved singing in church about who I loved the most - Jesus. That's the only thing I ever cared about."

Jaci becomes animated when she reflects on the privilege that has been hers. The record deal. The first No 1 single. Singing at the Alamo Dome in San Antonio as 60,000 gathered for a Billy Graham Crusade. The second record. But though she can become almost giddy about her good fortune, the grace that is hers, she knows too that this life and its successes are not altogether idyllic. "I thought life would get a lot easier, but it hasn't gotten any easier. It's gotten a lot harder."