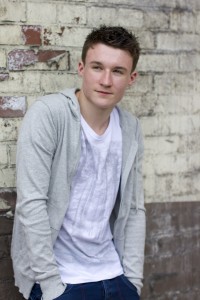 Wednesbury-based singer/songwriter Jacob Lloyd may be only 16 but he's already clocked up Cross Rhythms radio hits with "It's OK" and now "Somewhere New". In fact Jacob was only 14 when he recorded the 'Somewhere New' EP, produced by Sheffield's studio whiz Andy Baker. Despite being young in years, Jacob has quite a story to tell about his rise in Christian music profile.

Jacob Lloyd Glover was born in Walsall and grew up in Wednesbury, West Midlands. On his visit to the Cross Rhythms studio he recounted his difficult early encounters with the Christian faith. "I was brought up going to church, in a Christian home, with a Christian family. But when I was seven, my dad left home: he walked out on me, my mum and my two little sisters. That was really difficult. I went to church, I was brought up as a Christian, but it was something that everybody else did. I hadn't progressed, I just went along with it. My dad was a leader in that church and when he left, it was for someone in the church we attended. I struggled to see any positives in the church, and in faith. I got angry at everything - at him, at God, at the church. For a seven year old, seeing the person who brought you up, taught you what you knew about faith, and then walking out, who did something that you believe to be wrong, really blurred my perspective, made me question my faith and Christianity in general. But my mum stayed really strong, she was prayerful: she never lost her faith. Through that, she helped me realise that things were going to get better and God had a plan to prosper us and not to harm us."

Jacob continued to attend church. "It was go along, sing the songs, colour in the pictures in Sunday school. But eventually my mum did remarry a Christian man in 2006; met my stepdad who today to me is dad. At first I found it difficult to accept another male character - fearing it was going to be the same as last time. But as it progressed I saw that it was a positive thing. I began to realise that God was working through it all: to take what seemed so bad and turn it into something so positive. That reassured my faith."

Jacob had always shown an interest in the arts. He said, "From a young age I did performing arts, drama, dance. But when I started writing music it was after another period of difficulty that I faced, when I first started high school. I was bullied for about seven months, which was pretty much the whole time I was there. That was a real period of difficulty, because it wasn't just one or two people who were doing the bullying, it was a good proportion of the year group. They picked on me because I was academic, and because I was a Christian and I didn't follow the secular things: I didn't swear, I didn't get involved in taking the mick out of the other kids. It was physical - every day kicked and punched: at one point I ended up in hospital after having an elastic band flicked in my eye. As well as that there was the verbal abuse, also there were several pages across the internet set up in order to get at me. Some of the sites I wasn't on, which meant I only heard about it from people, and that added to the isolation, the fact that it was a lot of people. I felt really alone. In a situation like that, it feels like it's you against the world. It took a long period of time for me to come to terms with the fact that by standing up for my faith I was doing the right thing. God's put me here, and he's put me here for a reason. When I started to write music, which came during the period of bullying, I found there were a few lessons at school that were happening. I started those, started some guitar lessons. But as it was school, I stopped them. Dad plays guitar, and he taught some chords, some riffs - and from that I wrote my first song, 'I Am Me'. That was a song that explained the experience of bullying: what happened, how I felt, how I got through it, but also reassurance of my own identity. I was standing up for the right thing. The songs and the writing helped me to do that." 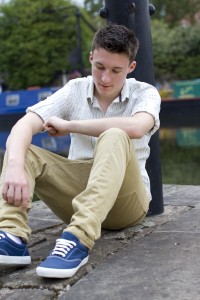 It was at church that Jacob began to find a platform for his music. "At first it was me writing a few songs. The church we were at, the band was quite vibrant, and after I wrote about seven or eight songs I started playing them in church. They supported me and helped me to record my first album, 'Home'. It was very home-grown. We only spent Â£300 recording it and it only took two days to record ten tracks. But it was a stepping stone. It was a big thing for me to take my story and express my feelings in song. There were songs about the bullying. There was a song called 'Phoenix', which was about the experience of my dad leaving. Quite personal things that I'd never talked about before. Cross Rhythms reviewed it as an eight out of 10, which we were amazed at."

Jacob auditioned to perform at the Sunday Night Live events which Johnny Kinch had set up and were a significant new means of giving singer/songwriters an audience in Britain's coffee houses. Through that audition Jacob met up with producer Andy Baker who was working with Sunday Night Live to produce the album 'Sunday Night Live Sessions' which showcased some of the SNL artists. The track "Where The Wind Blows" was one of the standouts on 'Sunday Night Live Sessions: Live Entertainment With A Twist Of Faith' and soon the 14 year old singer/songwriter was doing a lot of gigs on the SNL circuit. In the summer of 2011 he recorded the 'Somewhere New' EP with Andy playing the bulk of the instruments. Its engaging mix of radio friendly hooks, transparently honest lyrics and Jacob's high, pure voice made it a Cross Rhythms radio hit.

Now at a new school from the one responsible for the bullying, Jacob, who two months ago turned 16, has been hugely encouraged by the response his music continues to receive. He said, "Because it is Christian music, I still get the teasing, little bit of joking around. But it is just that, it's not bullying. I've had four or five people talk to me about my music, about the lyrics and what it's all about. One of my friends who's got both CDs came up to me and said, 'Jacob, I've got that God song stuck in my head! What's it about?' It presents good opportunities to talk about your faith. I've had people from school who are Christian. There was a girl who got in touch with me because she knew I was a Christian through my music and just said, 'You're open, you're out there with it. But I'm scared of how people are going to react.' If I can be a person who can stand there and offer advice, that's really good. The music has allowed me to do that."

So what does the future hold for this young songsmith? Said Jacob ruefully, "If you asked my mum, she'd say that I'm going to university to study medicine. To be honest, for most of my life that's what I wanted to do: I've always been interested in science. A lot of the grades I got were in science. I'd love to do that; that's still something I'm really interested in, and academically I'm on track to get what I need. But I'd love to be able to progress enough with the music to go into a full-time career as a musician. I've got to keep my options open; I've got to make sure I keep getting the grades, so the academic option is there, but if the music does progress and I'm able to make a career out of that, I'd love to do that too. My next recording will be made next summer. That'll be a full-length album." 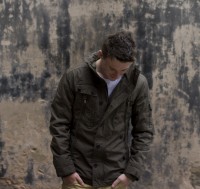 Jacob admitted that the songwriting process has been a source of spiritual growth. "With all the distractions of PlayStation and XBox, and my homework, there isn't much time to sit and be with God. So when I'm writing, that's the main time I get to sit, to be with God, to reflect and to listen. Songwriting has brought me closer to God. That's when I get inspired. People ask me how I write my songs and the answer I've given in the past is 'I don't know'. But the answer I should give is that God speaks through me. That's what happens and that process has brought me a lot closer to the Lord."

This is such a brilliant story I am very proud of what Jacob Lloyd has done, I was also bullied because I am a Christian look o the bright side lad you are able to show the big bullies that you can stand o your own two feet and The Lord Jesus is always there with you.
God Bless.
Gary Leese.