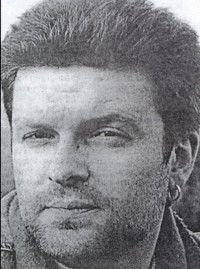 James MacMillan was born in July 1959 in Cumnock, a mining town in Ayrshire on the west coast of Scotland. His grandfather was a miner and his father, although by trade a joiner, also spent part of his working life in the pits. MacMillan's life turned out differently: an early obsession with music eventually became a vocation. He now teaches music at the Royal Academy in Glasgow, but essentially earns a living through writing commissions. Despite his "middle class' occupation, MacMillan has never lost touch with his working class roots, particularly folk music, socialism and especially Roman Catholicism.

It was at primary school that MacMillan became interested in music. His mother bought a piano and MacMillan spent hours each day playing as well as listening to classical records. "I was very young when I heard Wagner. I heard the whole of the Ring Cycle before I was 12. It was quite obsessional. I must have appeared very curious to my peers." Music was a major obsession, taking him to Edinburgh University where he gained his BMus in 1981, and to Durham University where he was awarded a PhD in 1987, but it was not the only obsession: "Some people can remember what they were doing the day President Kennedy was shot. For me, I can remember what I was doing and how I was feeling the day Celtic won the European Cup in 1967. Celtic Park is a great place of pilgrimage for me."

1988 began a period of extreme creativity. He set poems by the Argentinean Mothers Of The Disappeared to music in 'Busqueda' (The Search). This is less a piece of music, more an experience both profound and disturbing. The music exists simply to support the raw emotion of the poems as they stand, with only two interludes of frantic brass and percussion depicting the violence endured both by the Disappeared and by their families. In 'Busqueda' we emerge from a troubled sleep and return to this state at the end. We share our anger and grief, but the Latin Mass incorporated into the piece merely reinforces our sense of loss and does not appear to offer any consolation. 'Busqueda' has been performed in the UK several times in the last few years and has recently been presented in Germany as a full-blown piece of music/drama with actors and dancers as well as singers and musicians. It still works well as a piece for listening to, engaging both the mind and the heart.

After the success of 'Busqueda' in 1988 and 'The Tryst' in 1989, the commissions started to pour in. For the BBC Scottish Symphony Orchestra's Proms appearance in August 1990, MacMillan wrote 'The Confession Of Isobel Gowdie', an extremely powerful and passionate account of a Catholic girl accused of witchcraft and burnt at the stake during the Reformation. MacMillan described the piece as the requiem she never had. The music paints a broad picture on a wide canvas where quotations of plainchant, hymns and folk tunes convey aspects of her life while violent passages convey impressions of her imprisonment, trial and death. In addition to a piano concerto for Peter Donohue ('The Berserking', 1990), a trumpet concerto for John Wallace ('Epiclesis', 1993) and a chamber opera for Traverse Theatre ('Tourist Variations', 1992), MacMillan completed a second Proms commission in 1992, this time a percussion concerto for Evelyn Glennie called 'Veni Veni Emmanuel', based on the carol of the same name. A bewildering cacophony of brass and percussion merges into a brass chorale announcing the birth of Christ. After a virtuosic passage for the soloist, a period of calm is reached where the four chords of "Rejoice, Rejoice" sound like the prayers of a huge congregation but also provide the rhythm of the heartbeat of the Word being made flesh. There is then a brilliant moment where both percussionist and orchestra seem to hesitate, join forces, pick up pace and launch into the final passage with wild abandon and great passion.

MacMillan's general compositional style is probably best summed up as aggressive, yet accessible; complex, yet not overwhelmingly so; where passages of quiet strings can be contrasted with explosions of brass and percussion. With MacMillan the game of "spot the influence" is very much in full swing. The influences are obvious -Messiaen, Copland, Birtwistle, Penderecki, the European modernists - but MacMillan emulates rather than imitates, quotes rather than copies and a feeling of familiarity engendered by these similarities enables a new traveller in MacMillan's world to orientate himself and chart a course of discovery, deeper into new waters. At any rate, MacMillan is able to do things with his 'quotations' that the original writers could not.

MacMillan should NOT, however, be confused with Tavener (CR15) or Part (CR16): "My music has appeared separately from the other so-called spiritual composers: Tavener, Gorecki and Part. Their music deliberately has no dialectic, no tension even. I can set up music which is serene, but I would want to interrupt it, sometimes quite violently, with music which is its exact opposite, and set up a dialogue between two extremes." The last section of 'Isobel Gowdie' is a case in point, where a hymn-like string passage emerges from violent percussion and assets itself against percussion stabs which attempt to break through and destroy the harmony. MacMillan's music is noisy, brash and exciting in contrast to the static sound world of Arvo Part.

Roman Catholicism features strongly in his works - his recent music theatre work, 'Visitatio Sepulchri', based on a medieval Easter day liturgical drama, is for MacMillan a statement of his faith in the Resurrection of Christ. The critics were not exactly impressed: Stephen Pettit in The Times wrote that he "seemed to be ramming his beliefs down our throats." A familiar criticism of Christian artists! "Catholicism seems to be the issue which more and more is coming to dominate my artistic motivation and general everyday living of my life. It is the background priority to everything I do." MacMillan would, however, be the first to admit that his spiritual life is far from perfect: "I'm not a good Christian. I've never been a prayerful person, apart from when I'm writing music. I've always envied those truly godly people who find communication with God in prayer. I do find that through writing music, though. 'Visitatio Sepulchri' is a statement of faith on my part, my way of prayer."

1993 was a great year for MacMillan: the Edinburgh Festival mounted a retrospective of his career to date, performing no less than 17 of his works. BMG, a major classical label, committed themselves to recording all of MacMillan's major works over the next two years. MacMillan is flooded with requests for commissions for new music - and he has to turn people away. He has certainly come far in only a few years, from relative obscurity, particularly outside Scotland, to his current standing as one of Europe's leading living composers. He is only 34 years old. One wonders if he will be able to sustain his genius and passion into the future. One hopes so: he has yet to reach his peak either in terms of compositional style or in terms of translating his faith into music. One thing is certain: MacMillan will remain a major force in the classical world for many years to come.

I am temporarily in France and I heard on France Musique a name of a yet unknown to me Scottish composer (living) something like ( allow for unclear french prononciation ) Eric Eric Shispolm.. I had never heard of him, unusual for France Musique to mention him. Can you throw some light??T.W.