Jan Krist: The singer songwriter singing of a Decapitated Society 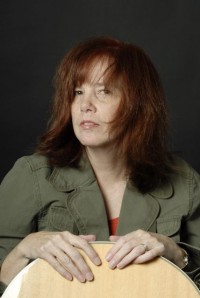 In the early '90s the Christian music industry, usually a decade at least behind current musical trends, suddenly caught on to roots music, labelled in "new folk" and for a while acoustic singer/songwriters and folk-tinged bands blew new life into the tired CCM template. Indeed in good ol' Blighty Eden Burning came from nowhere to become Britain's most popular Christian act while other rock 'n' reel acts like the Electrics and Why? became festival favourites and songsmiths like Martyn Joseph even got signed to a major label. In America though, the "new folk" boom quickly dissipated. The Storyville label started as a new folk imprint by hard rock label REX Music, went, like its parent company, to the wall while most of America's Christian new folk acts, without radio support, disappeared from view. One Storyville signing though, Michigan native Jan Krist, had the talent and the tenacity to make a living in the mainstream acoustic world and through the '90s gigged steadily while recording a series of critically acclaimed albums. So it's ironic that today, now there is renewed interest in folk-tinged singer/songwriters, that Jan, unquestionably one of the most talented songsmiths in Christendom, has slipped somewhat from view, her last album being 2005's 'When Planets Collide'.

Broadcaster Mike Rimmer tracked Jan down and began by asking the singer/songwriter why she'd been so quiet of late. She explained, "We recorded a live record about three years ago, and right after we recorded it my mother took ill and I moved her in with me, until she died. So it's been a bit of a struggle getting back but we are on the verge of putting something out, not only the live record, but a whole new record. I write every day, I have a backlog of songs that are ready to go."

Jan began playing guitar and singing with folk bands during high school. But she was sure she wanted to be a musician long before that, at the ripe old age of two. Jan told Contemporary Christian Music magazine, "I used to sit out on the front porch with my sister and we'd sing 'She Wore An Itsy Bitsy Teeny Weeny Yellow Polka Dot Bikini'. I knew all the words [by the time] I was two years old."

By the time she was signed to REX/Storyville Jan was a seasoned songsmith with a powerful way with a lyric. She recounted how a trip to the doctor's office with a girlfriend and her children inspired the song "Decapitated Society" which was to become the title track of her US-released album debut. She remembered, "There was a girl there who was taking a baby in and the baby was sick. I was talking with her and what I found out was that it wasn't even her baby, that she was the babysitter. The mother was at work. And I just had this reaction that kind of went, 'Wow, our society has really gotten in deep.' We've kind of had to cut off our heads from our hearts and numb ourselves so that we don't feel the pain of what's going on in our society. . . that a mother can't take time to be with her sick baby because she's got business meetings." 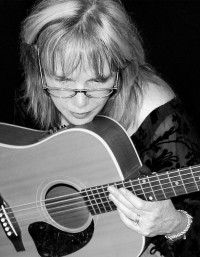 Already a mother of three by the time she recorded the song, Jan felt passionately about the song. But despite being a powerful near-classic (her album was called by Billboard magazine "an incredibly powerful debut"), the songs on 'Decapitated Society' were simply too hard-hitting for polite Christian radio. When the 'Decapitated Society' album was released in the UK by Kingsway they chose a less controversial title, 'Love Is Not To Blame'. By the time of her 1994 album 'Wing And A Prayer" Jan was telling Contemporary Christian Music, "I wanted to develop the music a little bit more [with] a little more production. I didn't want to overproduce. I'm kind of a less-is-more personality. I'm a songwriter and however the music gets out there, I want the songs to be sturdy enough and be emotive enough to do their job. You can definitely take good songs and suck the emotions out of them. My purpose was just to communicate. I probably end up underproducing, but I'd rather do that then overdo."

'Wing And A Prayer' was creatively the equal of 'Decapitated Society' (Billboard wrote "every song is a gem") but sold even fewer. In 1996 Silent Planet released the critically lauded album 'Curious', CCM magazine naming it as one of its Top 100 Christian Albums Of All Time. With its organic accompaniments from several members of Vigilantes Of Love in addition to keyboardist Randall Bramlett, who has played with Traffic and Steve Winwood, it is indeed a brilliant set. On the title track, Krist wonders "If we send our sons and daughters off to fight our wars/Is there anything left at home worth fighting for?" And in the song "Time" she affirms, "Time changes everything but truth."

Silent Planet released what was largely a compilation, 'Love Big, Us Small', in 1999 and two years later 'Outpost Of The Counter-Culture' on which Jan stretched out stylistically performing a cover of the Gershwin classic "Someone To Watch Over Me" and a jazz-influenced song called "Waiting For The Cosmic Shoe To Drop". The title track is built on a clever play on words, decrying how materialism (a culture defined by merchandise counters of department stores) dulls the senses to human suffering. The album was named the Best Acoustic CD of 2002 at the Detroit Music Awards.

Also in 2002 Jan and her husband Alan Finkbeiner formed Outpost Records and released Jan's 'Wounded Me Wounded You'. In the autumn of 2004 Jan, along with David Tamulevich (a very well known folk agent) formed the Yellow Room Gang, a writers group that meets monthly for dinner and critiquing each other's work. The Yellow Room Gang also perform together "in the round" and teach writing workshops. In 2005 came Jan's last album, 'When Planets Collide'. Mike Rimmer asked Jan how her faith works out in her art. "I think of life being homogenous; I don't think about so much as it being, over here is ministry, over here is music, over here is whatever. Life is kind of mixed together with everything just in the whole, and so I just kind of think of it in terms of if I try to do what God would have me to do, I try to take care of the people around me no matter where I am, if I try to listen to the voice of God and follow through, no matter where I am, that's how ministry is done. My husband and I direct worship at our little church and when I am not here, he takes over, and when I am back then I will lead in worship. When I go to play, sometimes I am playing churches, sometimes I'm playing coffee houses and bars and concert clubs, it's all the same to me, I don't draw a line."