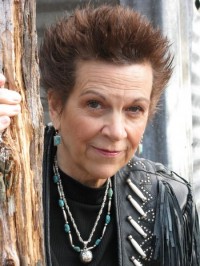 The death this year of singer/songwriter Janny Grein brought to a close a ministry of song and teaching which stretched back five decades and touched tens of thousands across the US and to the numerous countries she visited.

Janny was born in Joplin, Missouri. As a teenager her home life was far from happy and she dabbled in drugs and booze. Her musical gift seemed to be an escape route and her wistful voice and elegant piano playing began to bring her more and more engagements. Janny married photographer Bill Grein and the couple relocated to Nashville, Tennessee. There were plenty of gigs in bars and nightclubs but Janny's sense of emptiness continued to haunt her. Then one night in April 1973 the singer/songwriter and her husband turned on the TV to find a Hollywood film called King Of Kings just beginning. Janny's website took up the story: "Janny watched with great interest as the story of Jesus unfolded. Her heart pounded as if it would come through her chest. She turned to her husband and asked, 'Is this for real? Did this man Jesus really die for our sins?' Bill, who had grown up knowing the Lord, said, 'Yes. It's all true.' She knew in her heart that if someone would die for her, she needed to know more about him. That night she found new life in Jesus Christ. It forever changed her destiny."

Janny's conversion led to a whole new songwriting focus. Songs of faith began to pour from her. As she told one reporter, "All I know is what God has called me to do, that is to minister the Word to the extent that I know it. And to be uncompromising in standing on his Word, encouraging others to do the same. . . the medium I present it through is music."

In 1976 the singer was signed to Billy Ray Hearn's fledgling Sparrow Records, whose releases with Jesus music acts like 2nd Chapter Of Acts and Terry and John Michael Talbot were changing the face and sound of US Christian radio. In fact, a good sprinkling of Sparrow signings appeared on Mrs Grein's Sparrow debut 'Free Indeed', released as by Janny (much publicity of the time mis-spelt her name 'Grine'). 'Free Indeed' received an enthusiastic review in Jesus music magazine Harmony who began by quoting one of Janny's lyrics. "'Hey Lord, it's me/Friend of yours in Tennessee/I want to thank you for this melody/Lord it really set me free.' And with that introduction, Nashville's Janny Grein joins the Jesus music family. Sharing in the liner notes her activity in the secular music field prior to her conversion, 'Free Indeed' displays the musical experience she gained there. Janny's choice of material is excellent; all the songs weave together beautifully. Tempos vary from the up-paced title song to the quiet uplifting in 'Doesn't It Feel Good'." 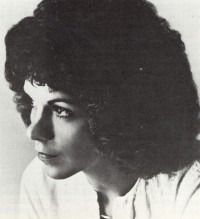 It was Janny's second Sparrow release, 1977's 'Covenant Woman', which proved her breakthrough album. The song "Bread On The Water", with its haunting Carole King-style vibe, became a major Christian radio hit (number seven in 1978) while the title track, though subsequently mangled by preacher/gospel crooner Kenneth Copeland, had, in its original rendition, a sublime acappella passage.

The following year Janny released an album that like 'Covenant Woman' is now considered a classic by Jesus music historians. 'He Made Me Worthy' contained Christian radio hits "By His Word" and "Count It All Joy" and musically moved from the Janice Ian-like "Love To Me" to the more rock orientated "Don't Give The Devil The Opportunity" all accompanied by some of Nashville's best Christian musicians.

1979 saw another Janny album, 'Think On These Things' which, like its predecessors, was produced by Billy Ray Hearn. Yet despite containing one of her greatest recordings in the haunting "Praise Him" it didn't produce any major radio hits. After a 'Best Of Janny' compilation in 1980 the songstress - now firmly established in ministry with teaching alongside her music - made occasional albums in between much touring. Foundation Records released 'Be Strong In The Lord' in 1981, in 1983 she momentarily returned to Sparrow for 'Like The Wind' and in 1988 the singer/songwriter had 'Stronger Than Before' released on Mighty Wind. Bill and Janny were by now very involved in global mission and led Covenant Crusades in Mexico, South Africa and Easter Europe. Janny authored the book Called, Appointed, Anointed (Harrison House, 1985) which dealt with the ministry of music and worship leadership. And in October 2001 she re-recorded the song "Stronger Than Before" as a tribute to the emergency workers and others who lost their lives or their loved ones in the terrorist attacks on 11th September 2001. In the following years she released independent albums, her last being 'River Rising' in 2009. Janny also took part in a Beginnings Tour with other CCM pioneers such as Barry McGuire, Chuck Girard, Don Francisco and David Meece with a DVD being released.

A year long battle with cancer finally came to an end for Janny on 4th August 2011. But as her website reported, "Janny is now dancing on the streets of gold and we are rejoicing in her life and legacy. She ran her race and now has obtained the ultimate victory. God's presence is embracing us and surrounding us as we celebrate her life and remember her love."

Dear Tony,
made several attempts to find and purchase Janny's music, she came to our church in Douglas GA. Got a
few of her cassette tapes and that was before home computers. Is it possible to buy CD's of her albums?

I experienced Jannys music and ministry for the first time in1978 or 79 at the City of Light Campmeeting where Janny gave me my first cassette of her music. Covenant Woman. I was addicted. For about two years all I listened to was Janny Grein. After listening to every song she'd brought forth up till then a hundred or more times, it never got old and the touch of God was just as strong the hundredth time as it was the first. Now 40+ years later, nothing has changed. Although she's gone home, her music remains and touches my heart and soul just like it did all those years ago.I thank God for Jammy Grein and all the countless lives she's touched and inspired.

Great woman of faith. Met her in 1991 when she came came to minister in our church in Munich Germany. I still remember how she gave a Prophecy over my life. That prophecy is all coming to pass. Just felt led to listen to some of her music today, only to also discover she is joined the saints triumphant.
Janny, God bless you forever. We will never forget you. Keep resting in the bosom of the Lord.

How can I obtain her CDs???
Her music still touches my heart in a powerful way, just like it did when I first came to the Lord in â84!

I haven't been exposed to much of Janny's music, but I was impacted strongly by the song Praise Him. Whenever I could I'd sneak it into my rack of carts to play on my radio shift, before it got taken away.
Bitter sweet feelings that I never got to meet her or hear Janny live, but I will in the main event of Eternity.

Deuteronomy 28 song, "Blessing's" encouraged me as a young mother to trust God for provision for our flock. Eventually, He gave us 6 boys and a beautiful girl. He is true!

Janny's music in the 70's when I was in Bible College minister greatly to me and to so many others! Can't wait to meet her and thank her for the ministry God brought through her! What a great future awaits all who have trusted in Christ!

What can I say that hasn't already been said about Janny??! An amazing talent. I recently dug out a 90-minute cassette I made of her songs back in the day. Playing it right now. Thank You, Jesus!! See you there or in the air!!

Thanks very much. I met Janny and Bill on several occasions in the late Seventies. It was explained to me that the spelling "Grine" was intentional, due to the correct spelling constantly being mispronounced "Green".

Only eternity now will reveal how many lives God
touched and saved through Janny's gift of music during
her life here on earth.
I know her music touched my own life in very real ways
back in the late 70's, early 80's, and was instrumental
in being strong and staying strong to remain committed
to God and to not turn back to the things of the world
again but to go forward and steadfastly continue on
following Christ.
Now she has gone onto glory to enter into her rest
and one day shall receive her reward.
This life is not all there is and this world is not our home.

For more on Janny visit the Janny artist profile