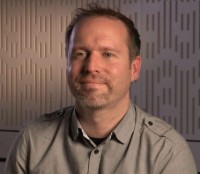 For someone who has achieved so much in the Kingdom of God, Jarrod Cooper is a remarkably humble and self-effacing man. He may be an internationally acknowledged speaker whose Days Of Wonder TV and radio show is aired in several dozen nations but there is none of the egocentric self-promotion that clouds the ministry of some TV preachers. He may lead the multi-site Revive Church across Hull and East Yorkshire which has seen numerous sings and wonders but Jarrod is still reticent in calling it a full blown revival. And despite Jarrod writing an internationally renowned worship song "King Of Kings, Majesty", and recording at least a dozen albums, he is quite happy to allow the numerous other musicians and songwriters in the Revive axis to lead worship and record an album without him. I went to Hull to talk to this man about worship and revival.

Tony: You must be used to having the whole of your ministry summarised in one song.

Jarrod: Yeah. How long ago is it that I wrote "King Of Kings, Majesty" - 20 something years? It's an old song anyway. To some it's still coming through as a new song. I've heard some amazing stories about it. I've got a friend who went out to India - a very rural part - and the Gospel had just reached there four months before. This community had heard the Gospel for the first time and had just started to gather as a church. When this friend of mine walked through the door into their worship service, they were singing "King Of Kings, Majesty" in their own dialect. That's wonderful. Somebody once asked me, 'What's it like to be a one-hit wonder?' I said, 'Better than a no-hit wonder.' I wrote "King Of Kings, Majesty" in the room next door. (Jarrod momentarily stops to gesture to the adjacent office in the New Life Christian Centre where we sit.) There used to be a recording studio here; there was a reel-to-reel here on the desk. All the walls were carpeted; we ripped it out about 10 years ago.

Tony: During those years that you were leading worship at Colin Urquhart's Faith Camp and then those subsequent years when you were establishing the church in Hull, you seemingly wrote hundreds of songs. Then it seemed to suddenly stop. Did the Lord impress on you to lay your songwriting down and do other things?

Jarrod: That would be part of it. For the last decade I've been leading a church; administration, leadership, organisation is a really valuable valve to the engine of who I am. I do write, I just write a lot less. I used to write hundreds of songs - many of which awful: for every hundred, I'd write two or three good ones that would end up on an album. 10 years in, my life is beginning to get a little bit of space, so the creativity is starting to stir again. But you're right: for about a decade I've not written or recorded much. That's been down to leading a church.

Tony: In 2012 a number of your earlier recordings made between 1988 and 1998 were released on a couple of compilations.

Jarrod: Yes, there were two download only releases, 'Dreaming' and 'Shine On Me'.

Tony: I was surprised to see your name by only one song on the Revive Church album 'One Hope' - and even that song was an oldie.

Jarrod: That's right - "Faithful God", which I wrote in 2005. Even then, one of our young lads sang it. I was going to go in and sing another one of the songs on 'One Hope', but I was ill. So I didn't even make it onto the album. 'One Hope' is a good snapshot of where Revive Church has been in the last few years. We are surrounded by creatives here and there's plenty of them doing worship music better than I ever did. I've just enjoyed encouraging them and learning a different set of skills with the stuff that I've been going through. I am still songwriting a little, but nothing like I was.

I oversee the worship at the church, help set the culture and the values, but I largely let them get on with it. I said to someone the other day, 'You've been with us two years; have you ever seen me lead worship?' He'd never seen it. Those that have would have to go back probably seven years to when I last got up at the front and led from the piano. The thing is, when you're not leading worship regularly, you get out of practice. It's not just that sense of anointing - your prayer-life, being close to God - you've got to be relaxed enough in your skills. I am not relaxed enough in my skills to get up and play: I'd need to be doing a lot behind the scenes, getting old muscles operating again. But anyway, we've got a great team growing, a full-time worship pastor, Phil Buston, setting in some new creative coaching structures to increase the amount of worship pastors. We need lots of different teams around the region, leading at different times of the day across a Sunday.

Tony: Phil and Heather Buston play the leading role in the 'One Hope' album. How long have they been with Revive?

Jarrod: Phil and Heather came to us only 18 months ago. We've got some great worship leaders; there's always a difference, though, between worship leaders and people that can leader a team of people. It's like the difference between a singer and a musical director. We were very strong on the worship leader front, but we didn't have anyone that could really gather the team, galvanise and train them, create culture, set training routines. So we went looking, and we found Phil and Heather. I'd known them without knowing them: they come from a similar background to my own, worked with Colin Urquhart as I had. Phil was actually Teen Challenge's musical director; he came to us from a very similar background in style and culture of worship. 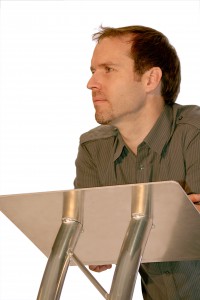 Tony: There's a song by Heather Buston which for me is the outstanding song on 'One Hope' and has been included in the latest Spring Harvest songbook. How did it end up there?

Jarrod: I have no idea. I have a small publishing company. But "Your Love" by Heather, which is a fantastic song, isn't represented by my company. So how did it go there? I love that. it's the same kind of situation as with "King Of Kings, Majesty". You wonder how some songs get into some crevices around the world.

I just wondered if I may have your postal address, please, to send you something. Thanks. My wife has been following some of your progs on TV. God bless. M