Jason Fowler: A Southern rocker with a powerful testimony of deliverance 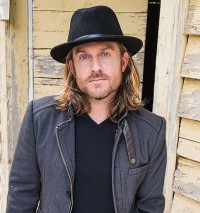 Music stardom is renowned for playing havoc with the lifestyles of talented young musicians. The constant availability of drugs and alcohol and the exhausting trawl of life on the road has ensured that many are the casualties caused by the rock 'n' roll lifestyle. Jason Fowler is a fine Southern rock singer from Atlanta, Georgia who this month releases his second album 'I Fall In'. Jason never quite experienced rock music glittering prizes but was so frustratingly close to them that it was enough to head the singer into a downward spiral of alcohol and drug abuse and darkest depression eventually leading to homelessness and despair. Today though things are very, very different for the 44 year old singer from Georgia. He is a worship leader at Refuge City Church in Atlanta, he works alongside his wife Tiffany who has given him two sons, and his new album, produced by Grammy-nominated veteran Billy Smiley, is receiving enthusiastic reviews with CCM magazine enthusing "the singer/songwriter can kick up a hearty Southern pop/rock storm on meaningful material such as 'Come Alive', 'Smile' and 'We Rise'." Said the singer to Cross Rhythms, "It's as if the Lord has given me back the years of my youth when I made so many bad decisions and paid the penalty."

Jason was born on 21st January 1971 in Atlanta. The singer with the powerful bluesy voice was on the fast track to stardom with the band Ulltraphonic. In 1999 the band entered five unmastered songs into a contest on garageband.com and despite 48,000 different songs being submitted from over 5000 music groups, Ultraphonic won a $250,000 recording contract. After several months of negotiation the band signed a recording contract with the garageband.com staff producer Johnny Sandlin (Allman Bros) at the world-renowned Muscle Shoals studio in Alabama. Then at the point of the album's launch the label was derailed by a corporate takeover and Ultraphonic's project was never released. Bitterly disappointed Jason increased his intake of drugs and booze. Things came to a head for the singer when he was kicked out of a drug dealer's house in the pouring rain in his home town of Atlanta. He'd lost his apartment and all he had in the world was his backpack and a beat up guitar. He recalled, "I was absolutely desperate. I was so desperate I called out to God for help. The next thing I knew I was in a rehab facility called The Healing Place, a Christian recovery programme in Athens, Georgia. Six months into the programme, I got saved and turned everything over to the Lord."

Jason continued, "At first I thought I was out of music completely. But then I started playing with a ministry called Celebrate Recovery. I came to realise that God had given me a talent for music but now I wanted to use my talents for him, I heard the Lord say to me, 'Write these songs down'." Jason met and married Tiffany and the couple began a homeless ministry called Hearts Across Atlanta, an offshoot of Refuge City Church where he was leading worship. In 2014 the singer/songwriter recorded his first album 'Letters From The Inside'. The project was recorded over a two-month period with producer Jason Hoard at Black Cat Studios in Griffin, Georgia. Guesting on the project was Shane Evans, the drummer with mainstream hitmakers Collective Soul who had become a close friend of Jason's. 'Letters From The Inside' was released in May 2014. It was during the showcase gig for the record in Nashville that he was heard by producer Billy Smiley, the one-time White Heart musician who has produced countless CCM acts. 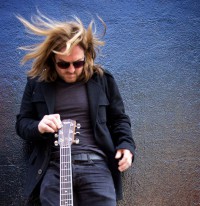 Smiley has taken Jason's music to a new level and brought in such award winning guests as Americana singer Jillian Edwards and Sixpence None The Richer favourite Leigh Nash. Smiley was so impressed with Jason's vocal abilities that he asked the singer to join the occasional recording-and-gigging band Union Of Sinners & Saints which also features Smiley himself on guitar and another powerhouse vocalist John Schlitt, once of Petra. Said Jason, "John and Billy are Christian music legends of course and it's been an incredible honour to work with them. I've written a couple of songs, 'Rise Up' and 'Bittersweet', which are on the Union Of Sinners And Saints album."

Clearly there are some big gigs coming up for Jason. Cross Rhythms asked the veteran whether he was ready for them. He promptly responded, "Whether it's singing songs of encouragement to a handful of homeless people or playing in a major auditorium, I recognise what a joy and a privilege it is to sing songs about our God who delivers."

I have known Jason for a long time, back in his Ultraphonic days... I am so happy to see him doing well, he is no doubt an inspiration for many. I know God has great plans for him!