Jimmy Needham is a critically acclaimed songwriter, with five albums under his belt. His gritty blue eyed soul-influenced music fuses pop, rock and blues and his fresh musical approach is evident in his latest album, 'Clear The Stage'. Jimmy spoke about his latest project to LouderThanTheMusic website. "There's a nuance I try to capture in every record, but this one was a lot more eclectic, thematically. All of the facets of my personal life keep leading me to an expanding view of Christ; marriage to my wife Kelly, our daughter's birth, and the miscarriages we experienced before our daughter's birth. In all of these things, and in every way I attempt to navigate life, my only satisfaction - the only true answers - will be found in Christ. I've come to understand obedience as more than simply not doing bad things, but running to God to drink deeply in him so that I don't want to run to any other source."

Jimmy was born in Denver, Colorado, on 22nd August, 1985. Jimmy was very much a white guy with black music running through his veins. He told ChristianMusicPlanet: "I grew up listening to Motown and the oldies. Stevie Wonder, Sam Cooke, Otis Redding and Boyz II Men are some of my favourites - anything with soul. I took six months of guitar lessons in sixth grade and I played tuba in junior high. I grew up singing and I've always had a fascination with instruments. Beyond that, I was in musical theatre."

In the seven years he has been writing music, Jimmy has found his path for his life, and is described by critics as "dedicated to serving God". A major influence on Jimmy has been Jesus music giant Keith Green. Said Jimmy, "When I listen to him, it's cool because I feel like the Lord has given us the same spirit in what we're singing about. If music - especially Christian music - doesn't either cause me to repent or worship, then I don't know why I'm listening to it. And that's why I like Keith Green so much. He didn't sugar-coat things."

Jimmy's first album 'For Freedom' was independently released in 2005. The project was produced by Troy Warren Jr. The following year, Jimmy signed with the Christian record label owned by members of CMM stars the Newsboys, Inpop Records. For his 'Speak' album, Jimmy again worked witha Troy Warren Jr. Bright and breezy, but with plenty of passion, this album ticked all of the boxes for challenging people to know Jesus, through curious ways that may not be so obvious. The singer/songwriter told Titletrakk.com, "'Speak' was partly inspired by my own discontentment with status quo Christianity. I was looking around at the status of American Christianity and it was breaking my heart. Most of the people I would share the Gospel with when I went witnessing at the bars in college were professing believers." 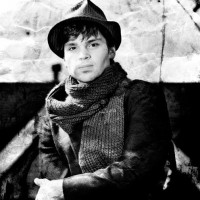 The next project 'Not Without Love' was engineered and produced by Will Hunt and released in the US on 19th August 2008. Jimmy told NewReleaseTuesday.com, "I actually meant that title to be the completion of a sentence I began with the title of my first record, 'Speak'. So, the complete sentence should read 'Speak, but not without love'." On its release Jimmy spoke more about 'Not Without Love', "Many of the songs on 'Speak' were birthed out my frustration with friends who claimed to love the Lord, but were going out and getting hammered every weekend. I had other friends who were all about the holiness of God and the fear of the Lord, but they passed on some legalistic tendencies and judgmental attitudes that robbed me of joy. I was zealous, but there was no freedom in my zeal. I was living in a legalistic nightmare. While I still feel it's not okay to have one foot in the world and one foot in the church, I've learned how easy it is to cry 'hypocrite!' to people that are struggling with things you aren't struggling with.

"I was all about sharing the Lord; I carried tracts everywhere I went. I was like Bibleman. It was so wearing on me. It got to the point that I couldn't walk into a supermarket without feeling like a failure if I didn't witness to every cashier in the place. I was working really hard to put a smile on Jesus' face because I was afraid if I didn't he was going to be disappointed in me. I discovered that zeal and passion for God is a good thing, but if you don't love people, it doesn't count for much. It is good to speak the truth, but it is so much better to speak the truth in love. I realised I had shared the Gospel with so many people in the flesh, but they all knew I was a Bible beater. I could have just loved on them and what impact would that have had? God has called us to joy. We have the hope of eternal life. That's what this album is really all about". 'Not Without Love's' could be described as alternative roots with Needham taking in influences from rock and blues, while demonstrating a "jazzy pop" sound.

The Calvin Turner produced album 'Nightlights' was released in 2010 and included a guest appearance by rapper Trip Lee. Jimmy told Jesusfreak.com, "As I've gotten older, so has my sound. This is the closest I've ever been to the way my music sounds in my head. I grew up on older, vibey music. Stuff like Stevie Wonder, Otis Redding, Sam Cooke and James Taylor. It's only fitting that this record would have that flavour to it. In fact, in honour of James Taylor's music, I did a cover of 'How Sweet It Is' on the album. I feel like I'm finally arriving at my own sound. It's taken some tweaking over the past five years, but I would hope that my fans would appreciate the maturing process that has happened in the last two albums to 'Nightlights'."

Jimmy's latest set 'Clear The Stage' has already received enthusiastic reviews. New Release Tuesday wrote, "From the lead single 'If I Ever Needed Grace' to the anthemic 'My Victory', the idea of acknowledging our need for God's mercy and grace is woven like a thread throughout the album. . . Musically the album visits much that is familiar to fans of Needham's previous albums, but also pushes the envelope with songs like the funk-infused 'I Will Find You' featuring guest vocals from Lecrae."

Throughout all his albums, Jimmy has kept his faith close to him and knows the temptations of being a star, but he prays for God to help him through them. He is also someone who knows first hand about God's faithfulness. In an interview with Titletrakk.com Jimmy shared, "I was the first one in my family to come to Christ. I prayed fervently for each of them and slowly but surely, they are all coming to know Christ, my brother first, then my mom and now my dad."

The opinions expressed in this article are not necessarily those held by Cross Rhythms. Any expressed views were accurate at the time of publishing but may or may not reflect the views of the individuals concerned at a later date.
About Joseph Green