Chris Cole spoke to Joanne Leaman, the young lady with an unforgettable lullaby. 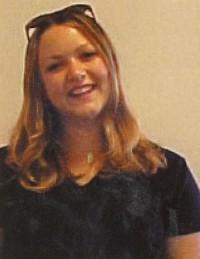 For many people at the Cross Rhythms 2001 'Breakthrough' festival, the unforgettable climax of an extraordinary God-breathed weekend came in the final session of praise, ministry and testimony. The line of people, eager to step up to the platform mic and give account of how God had met with them that weekend, grew so long that reluctantly the line was closed. Testimonies of conversion and deliverance and empowering had flown thick and fast from the diverse line of believers. But there was one final blessing as the last contributor, a fair haired young lady, stepped to the mic. She spoke of how she had been given a prophetic song, a lullaby, for all those at the festival. As she sang out, many stood and openly wept at the song's incandescent tenderness. A month after the festival, that young lady, Joanne Leaman, paid a visit to us at Cross Rhythms and told us a little about herself and her gift for prophetic song.

Born in Brixham, Devon, Jo works as a nursery nurse and attends the Living Waters Christian Centre AOG in Torquay. It was at last year's Cross Rhythms festival that Jo had a dramatic encounter with God. "I was astounded by David Evans' gifting and his musical ability and I was really enjoying myself. Then he prophesied in song like he had an encouraging word from God, but I remember God speaking to me and saying, 'That's what you're going to do.' It was like a desperation in me, like, 'I have to do that. That is what I want to do with my life, to do that and to speak to someone, like God's messenger, to encourage them to love God more. That would be just it for me.' Something in me clicked and at the end I ran up to David and grabbed him before he could get away and said, 'You have to pray for me. I want to do what you are doing. You have to pray for me.' So he prayed for me and while he was praying he had a word that I would go away to a place where others hadn't been and then I would come back and take others there to that place, that I would do it on the stage and that I would sing."

In 2001 Jo attended a five month course at the School Of Ministry Europe which is based at Folly's End Church in Croydon. After that Jo found herself beginning to move in prophetic song. "God just dropped song after song of prophetic input into my friends' lives, the church's life, the worship pastors' lives and even to my pastor and pastor's wife. God just blew me away. It wasn't until I went to Cross Rhythms this year that I thought, 'Oh my goodness, David Evans was just so spot on. I went away. I learnt about the Father's heart. I came back. I took others there to the glory of God and I did it through singing on the stage.'"

The opinions expressed in this article are not necessarily those held by Cross Rhythms. Any expressed views were accurate at the time of publishing but may or may not reflect the views of the individuals concerned at a later date.
About Chris Cole FRSA

Chris is the Founder of Cross Rhythms. He is also a partner in the Christian marketing company Cornerstone Vision and part of the Directorate for The Word In Action. Chris with his wife Kerry have also planted a church called Cornerstone in Plymouth.

Chris and Kerry speak at a number of national conferences on Christian lifestyle, marriage and culture.