John Mark McMillan: The "How He Loves" man back with the 'Borderland' album 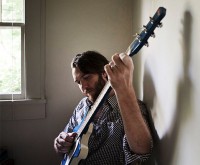 John Mark McMillan is a worship leader whose latest album 'Borderland' was fan-financed through Kickstarter. The fact that John received pledges for almost double the amount sought demonstrates clearly that there are thousands of churchgoers who recognise the singer/songwriter's exceptional talent. There is of course one McMillan song in particular which, thanks to renditions by Jesus Culture, David Crowder Band, Hillsong, Flyleaf and dozens more, has to some extent overshadowed the many other achievements in the songsmith's 13 years in Christian ministry. In a recent interview with Jesus Freak Hideout John was asked whether he was ever annoyed that "How He Loves" has come to dominate his biography.

"So, yeah, I get a little annoyed that song seems to overshadow my work, but I feel like the people who really stick with me understand the rest of it. I always meet those people who only know 'How He Loves' and they get really confused by the rest of the music. But the thing about 'How He Loves' was that nobody, no churches, would sing that song for years. Like five years! So, I never thought of it like, well, we played it at our church, but we didn't think about what other churches would do. I mean, I knew it would work because it worked for us, but at the time it didn't sound like 'congregational worship' when I wrote it. A lot of people said when I wrote it, that churches would never play the song. So, now, I guess you've heard it so much that when you think about it and you think about me as a writer, you think I write that kinda music. But remember, at the time, that's not really what it was."

He continued, "I don't think so much about, or I don't use the word 'congregational' very much, because, well, it's just a big word, a big 'Christian' word that means a group of people. So, I write songs sometimes for different sized crowds of people. Sometimes I write songs where I envisage a drummer, or I envisage more different instruments, and sometimes I write songs where I envisage more vocals, more singers. So, I look at it like, sometimes the crowd completes that band. I generally don't think much about 'congregational worship'. I think that is real limiting and I think, from a Christian or biblical perspective, we are given much more permission in that area than we take. I think it stems from a poor way of thinking. With that said, I'm not against it; I love to do it, I love to be part of groups of people singing and valuing the things they value and love, and I love to give people a voice for those kinds of things, but I don't think so much about writing 'church music'." 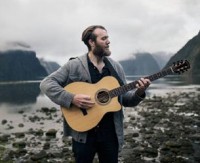 John Mark McMillan was the eldest of four siblings born to Robert Agnew McMillan and Donna Boggs Wilson in Charlotte, North Carolina. John caught the music bug early. He told Campus Ministries, "I had lots of friends who played music and I grew up around church musicians at my dad's church who showed me guitar chords and taught me classic rock tunes. My parents have always been supportive. When they realised that I wasn't going back to college, they gave me my college money to record my first album. I was supposed to pay them back, but I don't remember if I ever did."

John's first album was the 2002 independent release 'Hope Anthology Vol 1'. It was two years later that an event occurred which was to hugely impact McMillan's life and creative direction. At a church staff meeting John's friend Stephen Coffey prayed out loud, "If I would shake the youth of a nation I would give my life today." In the middle of the next night McMillan was awakened by a phone call. His friend had been killed in a car crash. Speaking about Coffey, McMillan said, "He was my best friend. I'd known him since we were children. We were baptised together. Really, what it came down to is I was angry with God. I didn't quite know what to do with those feelings, but through that anger and resentment, I was able to see the heart of God in it all. God was able to take something terrible and show me something through it." Shortly after the tragedy, McMillan sat down to put his feelings into song and the lyrics of 'How He Loves' quickly began flowing onto the paper. He described the writing process as a conversation with God: "I sat down to have a dialogue with God and, really, he ended up having a dialogue with me. It's like he was speaking to me through the song."

"How He Loves" was duly included on McMillan's 2005 independent album 'The Song Inside The Sounds Of Breaking Down' with a heart-stopping rendition by McMillan where he is clearly overcome by the emotion of the words he sings. At first McMillan's classic recording, and indeed the whole 'The Song Inside. . .', was only heard by a small band of supporters but over the next two years first the American Church and then the international one caught up with the song. The song even impacted Latin America where the Brazilian band Diante Do Trono included a version on their live album 'Sol Da Justica (Son Of Righteousness)' as "Me Amma". Last year McMillan performed at the Lagoinha Baptist Church in Brazil where the band are currently members.

In 2008 John recorded his third album, 'The Medicine'. Released independently it was eventually picked up for Christian bookshop distribution by Integrity Media. When 'The Medicine' was released by Integrity in 2010 McMillan wrote on his blog, "It's time to write dangerous music. It's time to take risks. It's time to wear your heart on your sleeve and sing about the things that actually matter to you. It's time to bury the shackles of religious expectation and stop trying to put new clothes on the dead." The sentiment is what ran through McMillan's heart as he made 'The Medicine' and it's his general philosophy as a worship songwriter. He commented, "Jesus was not safe, at all. I've been in church my whole life and I've been a Christian a long time and I've always had a difficult time connecting with the expression of the Church. That's really why I started writing music, I think, because I needed to be able to say those kinds of things." 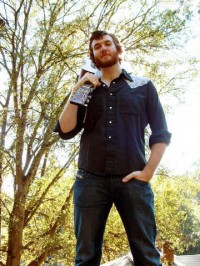 After all, he says, the Book of Isaiah reminds us that all of our righteousness is like filthy rags. What God wants is a person's whole heart - "the whole nasty thing." Said John, "How silly would it be to say, 'OK, Jesus died so we could sing him songs'. I think he died for us because he wanted a relationship with people, and the music is a part of that relationship. If you get the music away from that, it's just music."

The critical success that 'The Medicine' received was sufficient to encourage Integrity Music to finance the next album. Jesus Freak Hideout enthused, "As 'The Medicine' already demonstrated, McMillan's music approach can be described as rock 'n' roll that's 'rough-around-the-edges'. His vocals are gritty, but rich and deep, and his musical atmosphere could be described the exact same way. Whether it's a lone acoustic guitar left to croon or a full-on Southern rock force, it's a unique style to pair with heartfelt worship, but it's worked before, and it works even better on 'Economy'."

As it turned out, being with Integrity Music - the largest worship music company in the world - put the passionate singer/songwriter into the world's Christian bookshops. But it wasn't a comfortable fit for John. In 2013 he announced a Kickstarter campaign to fund a new album. When 'Borderland' was released he spoke about once again becoming an independent artist. "Indie just feels better. I don't think I was cut out for a big organisation. Every organisation has a momentum and if it isn't flowing in the direction you feel you want to go then it creates lots of pointless tension that really detracts from the creative process. So, yeah, I worked with great people who taught me a lot, but I just never felt at home."

The songsmith spoke about the themes outworked on 'Borderland'. "I think we all walk lines between work and family, art and commerce, passion and survival. I think we all live in borderlands. Much of the album speaks to these places and the tension that we live with. Especially as a believer who often feels sorely out of place in both Christian and general market streams of music, I know what it's like to attempt to hold two worlds in the balance at once. However, many of these songs speak to both worlds - separately and at the same time. So, often the spiritual language is metaphor for the common and the common language is metaphor for the spiritual."

Two of the most powerful songs on 'Borderland' are "Guns/Napoleon" and "Heart Runs". John spoke about both. "'Guns/Napoleon' is a song about love, and the idea that real love is hard, but that is the best kind. I think real love requires surrender. All love requires surrender, ultimately. It is laying down who you are for the greater good, for the better. The more I think about it, I think that song is about my daughter. She was kinda a surprise. And we were already in a pretty hectic place. I was travelling a lot, and we had, at the time, a three-year old and a newborn son, so life was really hectic and challenging, and then baby girl was definitely a surprise. So an already really difficult situation was made really, really hard when she stepped into the scene."

Continued John, "'Heart Runs' is sorta a meditation on Psalm 42. I really think that everybody really loves Jesus, but they just don't know it. I think everybody really wants Jesus, everyone desires Jesus, everyone desires the things that he offers, when you break it down. Like life without fear, a life without worry, a life where you are not comparing yourself to other people, a life of confidence, a life of love, and security. Everything he offers is what every single person wants. And I believe everybody in the world basically wants the same things. The differences between us as men, women, black, white, different religions, whatever, the differences between us are the differences in the ways we go about things, or the way we attempt to go about those things. But I think, basically, we all want the same. I think Jesus offers us what we really want, and I think if you don't realise that, it's because you don't really realise what he's offering. I don't always wake up every day and think, 'Oh, Jesus, you're everything I want,' but I know deep down that what I really want is only found in fellowship with him, and that's kinda the idea of that Psalm."