Khul Rhema: No longer a Ziklag Boy but keeping the crunk coming 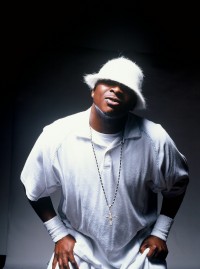 There aren't many rappers who enter the crowded field of gospel hip-hop who have achieved as much as Tico Hudson. Otherwise known as Khul Rhema (pronounced as Kool Ray-mah), the rapper was the founding member of the Grammy nominated group Ziklag Boyz and with his debut solo album ''What The World Needs Now' on his own label Powerhouse Productions, the rapper's energetic crunk sound is causing a stir amongst the Christian hip-hop cognoscente. I spoke to the rapper/producer about his life and music.

Tony: What has been the response to 'What The World Needs Now'? Is Christian radio ready for crunk yet?

Khul Rhema: The response to the album has been great! Many have told me they can't take it out of their CD players, while others will express how relevant the music is and how they feel that it needs to be heard by the masses. I just read one review on Amazon.com from a guy who says that it's "the best rap album he's heard in a long time!" Others simply say, "bought the album, love it!" or "the album is HOTT!!" stuff like that. The deejays are giving it a lot of love so it's been great as far as the response from people who have heard it.

I believe that the listeners of Christian radio are ready for crunk, but radio isn't aware of that. I believe it to be common knowledge now that most Christian music fans are also consumers of mainstream music. They have Kirk, Yolanda, maybe even KiKi, Tye Tribbett and Smokie Norful - but when they want to hear crunk and hard-hitting rap music, they go out and get T.I., Lil' Wayne and Young Jeezy mainly because most Christian radio listeners don't know we exist. This, I believe, is because they have only been exposed to the secular version of this type of music that appeals to their souls. Christian rock flourishes as a result of competitive marketing and radio play dedicated to the Christian rock genre. Urban gospel suffers from a lack of the same. As a result, urban culture continues to suffer as the anecdote remains hidden. I say this because I believe that urban gospel artists have been given the ability to communicate the love and Gospel of Christ to a huge demographic called hip-hop in ways that no one else can. However, marketing resources such as promotion budgets, radio airplay and video rotation are scarce for us. I don't think all is lost - many powerful and influential people in the music industry are now campaigning and working diligently to see to it that urban gospel music receives its opportunity to reach the masses with the Gospel in a way that is relevant to the world's most dominant and influential subculture - hip-hop.

Tony: Were you a Christian when you were in the Ziklag Boyz? 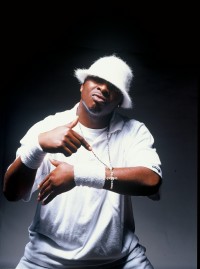 Khul Rhema: Absolutely! I have been walking with God since 1996. In fact, I was given the vision for the group and my music in 1996. Ziklag wasn't formed until 2002. "Though it tarries, wait on it. . ." The name Ziklag was given to us by Dr Creflo Dollar, who was my pastor at the time. The name is from 1st Samuel and has come to mean, "To pursue the enemy, overtake him and recover all. . ." All of the music we created was divinely inspired and referenced teachings directly from the Word of God. My music is a reflection of who I am, a disciple of Christ - the righteousness of God - who may not be perfect but am being perfected. God's handywork! Many lives were changed and souls were ushered into the Kingdom of God through the power of God through Ziklag music. For that, I'm thankful.

Tony: Tell me about your Christian conversion.

Khul Rhema: I was residing in California, had just finished college in my home state of Georgia but decided I wanted to pursue my dream of becoming a super producer. At that time, 1995-96, Los Angeles was the "hip-hop mecca" with artists like 2Pac and Snoop being the top artists at that time, so I decided I'd move there. When I got there, I was offered some shady production contracts with some shady record labels and decided not to sign. Work was hard to come by and I decided to take an opportunity that was offered to me to sell drugs - to make ends meet. After deciding that I no longer wanted to sell drugs, I found myself with no income, unable to find a job and evicted. Facing homelessness, I decided to cry out to God for help. He answered me by sending a job my way on that same day! At that very moment, I decided to serve God for the rest of my life. I received Jesus Christ as my Lord and Saviour and the infilling of the Holy Spirit at a local church in which I joined and later served as an usher. He showed me that he was real and "ever-present".

Tony: Do you consider yourself an artist first or a producer first?

Khul Rhema: Good question! I definitely consider myself a producer first, then an artist. I began taking piano lessons at the age of five, playing the violin and cello bass at age eight and the tenor saxophone at 12. I didn't decide to pursue singing and rapping until the age of 13. I was offered my first recording contract at the age of 13, in fact. I was a keyboardist, background vocalist and rapper in a little teenage band me and my friends had formed. The law firm that had a hand in discovering New Edition and a group called Four By Four offered us contracts. We didn't sign because my mother told them that I was too young! 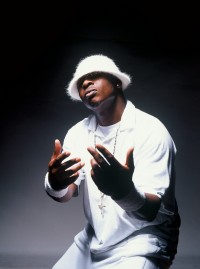 Tony: Do you listen to much Christian hip-hop or the mainstream stuff?

Khul Rhema: I am probably the biggest fan of Christian hip-hop you'll ever know! I have titles dating back to the early '90s from artists like SFC, PID, Apocalypse, Idol King, Dynamic Twins, Freedom Of Soul, Peace 586, Tunnel Rats, Mike Peace and even Stephen Wiley himself! I once was a radio personality and host of the Holy Hip Hop Hour at an FM station in Georgia and played all these artists, plus more like Gospel Gangstas, DJ Dove and all of the Grapetree artists. I'll never forget the year 2001, when Stephen Wiley prayed a double portion of the anointing that was on him as the very first gospel rapper to go nationwide. He was a trendsetter, appointed by God to start the Christian rap genre. Quiet is kept. I'm also a big dc Talk fan!

Tony: Are you producing anything at the moment?

Khul Rhema: Absolutely. I've got some new heat coming out on I Rocc's next release. Did some stuff for Japhia Life. Also, I've been experimenting with sound and technique lately as I prepare to start my next and possibly last album. . . so you know I'm looking to make this one an undisputed classic!

Tony: Any other plans for the future?

Khul Rhema: Yes indeed. My plans cover the spectrum of good, wholesome entertainment. I'm preparing to launch a label showcasing some of the rawest talent the Kingdom of God has to offer in urban music. I ain't gonna drop the name of the label yet but just keep your ears peeled! I'm also looking to dive into the world of movies and television production as well as radio programming. Two of my greatest hidden talents is that I'm a great A&R guy and songwriter. I love writing worship, ballads, as well as urban rhythm and praise and of course, rap. So, I'm thinking of making my services in these areas available to artists and labels as well as production, background vocals and hooks. The vision God has given me goes well beyond creating beats and rhymes! And it's all purposed and designed to usher in souls into the Kingdom of God by providing quality music and entertainment! I was created by God to keep his children CRUNK!

I am in Love with christian hip hop. I did'nt think anything good existed. i am from wpb florida and met the lord in 2001. I lived in a hip hop culture, listening to outkast goodie mobb, three 6 mafia(i just found out who mr del is!) and stuff like that. after the Lord met me i found I couldnt listen to it the same way so I left it behind. It has been years since I have been in to it, but praise God for redeeming a generation and puting rappers on the front lines who know were they are. I am blown away by these guys. Rhema, lecrea, mr del , pettidee and so many more. Bless you guys. Lord redeem christian rock the same way. Artists loving Jesus more than sounds can only create the best music. praise be to the one who spilled it out for us..

tico i am so proud of you my good friend i to believe that jesus is real and he has brought me out of some tough situations.i would really love to fellowship with you my old friend.my cell no. is 9129961647 please give me a call tico ronnocco hudson.