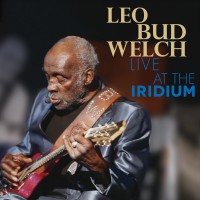 Every so often the genre of the blues throws up a surprise discovery to prove that the link to its unrefined and rudimentary African/American origins is still very much alive. Possessing all the down-home characteristics of long gone blues acts such as RL Burnside, Lightnin' Hopkins and Son House, one such example was Leo 'Bud' Welch who, despite not releasing his debut album until the ripe old age of 81, caught the blues world's attention in the busy few years before his death in December 2017 with a brace of albums and a string of live performances that encapsulated the intertwined roots of blues and gospel music.

Born in the backwater Calhoun County town of Sabougla, Mississippi on 22nd March 1932, the young Welch was raised with seven sisters and four brothers and took an early interest in music after taking a shine to his older cousin RC Welch's guitar. Around this time, the young musician started learning songs from the radio and playing them to family and friends as well as also picking up the fiddle and harmonica. Before long, Welch began playing his selection of blues and radio standards at local picnics and parties - mostly with his friend Otis McCain and occasionally cousins Alandus and RC - before graduating to bars and juke joints never thinking that, several decades down the line, he would secure a record contract and begin performing across North America and Europe.

Aged 18, Welch moved to Grenada where he formed a group with future recording artist Alfred Harris before settling in Bruce, Mississippi where he would work as a tree cutter and field worker for the next 35 years whilst leading a variety of blues and R&B groups in local clubs such as the Blue Angel and the Valley Inn. Occasionally, Welch would come to the attention of professional musicians but to no avail and even ended up turning down an invitation to audition for BB King choosing to provide for his young family instead of pursuing a career in music. Nonetheless, Welch continued to play the blues until 1975 when he switched to performing gospel music in churches with acts such as the Sabougla Voices, the Skuna Valley Male Chorus and his backing band the Rising Souls.

Whilst his talents as a guitarist and singer were relatively well-known to the church folks of Bruce, it wasn't until he performed at a friend's 50th birthday party in 2013 that his skills would reach a wider audience. Having known Welch since childhood, army veteran Vencie Varnado paid a hundred dollars for Welch to bring along his guitar and perform at his weekend birthday bash and secretly filmed the octogenarian bluesman before sending off a copy of the video to Mississippi independent label Fat Possum Records the following Monday. Despite getting an instant response stating that the company were no longer interested in signing blues acts, Varnado received a subsequent personal phone call from FPR general manager Bruce Watson to advise that he would like to meet Welch at his office to discuss the possibility of recording him for his offshoot label Big Legal Mess Records.

Soon after, Watson set up a session to record Welch playing gospel material and, with drums, bass and keys plus some call and response vocals from Martha and Laverne Conley to back the main man's gnarled guitarwork and age-soaked vocals, his debut album 'Sabougla Voices' saw the light of day in 2014. Garnering a raft of positive reviews and write-ups, 'Sabougla Voices' proved to be more of a success than anyone involved could have imagined and Varnado - now in his role as Welch's manager - found himself inundated with requests for his client to appear in clubs and festivals, chalking up in excess of 250 live appearances in the relatively short time between the album's release and Welch's passing. 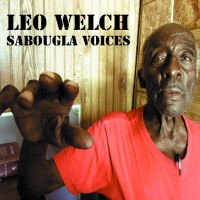 Deciding to follow the time-honoured tradition of blues artists having a foot in both the sacred and secular camps of the genre, Watson encouraged Welch to record a collection of non-gospel songs for his 2015 follow up 'I Don't Prefer No Blues'. Its title inspired by a remark made by Welch's pastor when he heard that his next release would not be a gospel one, the second album contained more worldly material with good loving songs like "The Girl In The Holler" and "Sweet Black Angel" sending out the message that Welch still had some fire in his belly despite being in his ninth decade whilst more poignant numbers like "So May Turnrows" saw the artist reflect on his time as a field worker. Around the time of the album's release, Welch would state regarding his new found success: "I'm doing things I never thought I'd do. I never thought I'd get to play outside of Mississippi or travel to other countries. Now I'm playing for all kinds of people and seeing the world. I'm also keeping all my bills paid up to date, which I couldn't before."

Following the release of the two Big Legal Mess albums, Welch found himself being recognised near and far by blues fans who had discovered and fallen in love with his honest approach to playing the blues. Closer to home, he would enjoy a spell hosting The Black Gospel Express show on Bruce's local TV station whilst, in 2016, he would became the main recipient at a dedication of a Mississippi Blues Trail marker in Calhoun County.

Despite his sudden relative success, Welch's feet remained firmly on the ground as he explained to Scott Barretta of Mississippi newspaper the Clarion Ledger: "I've worked hard in the woods, cutting timber, running a chain saw for 35 years, got bit one time by a rattlesnake but I'm still here. I'm proud of what I'm doing and I believe the Lord is too. The Lord always blessed me to make it over."

Reflecting his passion for playing live - latterly with just drummer Dixie Street as accompaniment, Cleopatra Records released the rough and ready 'Live At The Iridium' album in 2017 whilst a posthumous 'The Final Sessions' release would emerge shortly after the man's death. The award-winning Late Blossom Blues documentary film would later shine the spotlight on Welch's autumn years as a performer and recording artist as well as highlighting the fact that, if it weren't for the sheer hard work put in by his manager, close friend and carer Vencie Varnado, Welch's music would never have received any of the recognition it so rightly deserved. The film highlights the obvious love and affection the kind-hearted and eternally patient Varnado had for Welch despite his occasionally cantankerous ward's refusal to give up his heavy smoking habit and general stubbornness when it came to matters of health.

According to Varnado, Welch played his last gig at Red's Lounge in Clarksdale in late July 2017 before falling ill which prompted the cancellation of festival appearances in San Diego and London. Sadly, Welch never recovered and passed away at the age of 85 on the 19th December 2017 having achieved more in his 80s than many artists do in their lifetimes.

In the midst of the purple patch that defined the latter part of his musical career, Welch summed up how he felt about his newfound and surprising success: "I'm doing things I've never been able to do before and I feel good doing them at an age when a lot of people are dead. So, as long as I can, I want to go around the world trying to send satisfaction to people" - something he most certainly did in his brief but sparkling time in the spotlight.

Iâm just read this article about Mr. Welch. It was very good. He could truly say he was Blessed and his later years were greater than his former.

I have one question. Did he have family? Wife, kids, siblings? If so, why none were mentioned?