Les Moir is a mentor, A&R manager, record producer and bass player. Now, he is a much praised author. Les' history of the modern worship movement Missing Jewel (published by David C Cook) is a book that simply every Cross Rhythms reader would benefit from reading. It tells the story of the early days when Judy McKenzie and Graham Kendrick arose from the pack of MGO-promoted Christian beat groups, how California's Jesus Movement and the Come Together musical sparked a vision for charismatic, non-liturgical worship in Britain and how by the mid-'70s and '80s floodgates were opening through which flowed Dave Bilbrough, Chris Bowater, Noel Richards, Ishmael, Bryn Haworth and Robin Mark through to Delirious?, Matt Redman, Tim Hughes and others becoming flag carriers for rock-driven worship music around the world. Les visited the Cross Rhythms studios and fielded a batch of questions about his life as a significant behind-the-scenes toiler and how he has become the chief chronicler of the most significant movement of the post-war UK Church. Jonathan Bellamy and Tony Cummings asked Les the questions.

Jonathan: Give us some background.

Les: When I left school, I went to work in a recording studio in London. After three years there I moved to Eastbourne to work at a recording studio called ICC Studios. ICC Studios was a Christian studio really. All the staff were Christians but the standard of productions, recording and attitude was very professional. I arrived there and within a month of starting a guy called Graham Kendrick arrived. He recorded his first album of contemporary worship songs. I recorded that album, it was called 'Jesus Stand Among Us'. Little did I realise that I was walking into the start of a - you could say explosion - of worship, of new songs in the UK Church. What happened was some of the artists who were folk singers and musicians started to lend their craft to writing new worship songs for the Church instead of writing just folk songs or just contemporary pop songs. Before, the worship was so formal, there wasn't much freedom and if you were a musician worship in a church was cringy. But these guys really upped the standard. All these new songs came that were really relevant and I used to lead them on acoustic guitar rather than the organ. All these things changed and so I became part of that. We have this phrase, "We care about your praise."

I was commissioned by a guy called Geoff Shearn to develop the recording of praise and worship albums in the UK and so we found a way to mix live albums, a live experience in the studio. It was amazing. I worked with a lot of the key guys, with Graham Kendrick, with Noel Richards, a guy called Chris Bowater, Dave Fellingham, Dave Bilbrough, Ian White, all these guys that were really making a lot of progress at that point. And then I became a record producer, producing their albums and then I moved from producing into A&R, helping see the artist develop. I was working for a company called Kingsway which was also in Eastbourne and then within a couple of years working there I started to see that God was doing an amazing thing with young people. It was like this fresh wave of creativity was coming and again more new songs and different expression. I went to the head of Kingsway (a guy called John Pac) and he allowed me to start a record label called Survivor Records and that helped bring through - I was gonna say this next sound track of worship for the next 15 years. I had the privilege of working very closely with Soul Survivor festival and a young man called Matt Redman and another young man called Tim Hughes and bands like Yfriday and One Hundred Hours. Again it was another explosion of creativity and gatherings. So that has been a delight. Also, a church called Holy Trinity Brompton birthed something that became a movement called Worship Central and again that just pushed the boundaries in terms of worship. I just loved being part of finding diverse and new ways to declare the praises of God.

Tony: Isn't it true today that there are still a lot of churchgoers who are highly resistant to the whole modern worship movement? Denominational churches in the main, but not exclusively. Lots of churches are still resisting it and still sticking to old hymns. Isn't it an historic fact that much of the modern worship movement is birthed out of churches and individuals who have had a baptism in the Holy Spirit experience?

Les: Yes. Interestingly, in the book I wrote of Graham Kendrick, who is probably the most respected of all the guys in modern worship, about his baptism in the Holy Spirit. He talks (we spend a whole page on it) about when God came into his bathroom, and I just wanted people to read that.

Jonathan: British worship music has had a huge influence on the world Church, hasn't it?

Les: The guy I used to work for, John Pac, had this dream that the worship songs of the UK would leave the island. Back in the day the first worship song to do that I'd say was "Bind Us Together" and it's actually forty years ago this year that "Bind Us Together" was written. That would be regularly sung at big Catholic events, with the Pope and everything, and it was a song of unity. And then Graham Kendrick wrote this song called "Shine Jesus Shine" which kind of became like the national anthem for the Church (laughs). That song went around the world.

Some years back I was working with a worship leader called Noel Richards and he had a dream to take Wembley Stadium, to declare in that stadium that Jesus is the champion of the world. I walked on that journey with him. What happened at that event was that four key guys from EMI Christian Music Group came from Nashville and when they saw 50,000 young people worshipping God in that stadium they were really impacted. They said they hadn't seen anything like this since the Jesus movement. They felt like America really needs this. And so Wembley became the door opener to the rest of the world. EMI got on board and the songs went everywhere. But the thing is they really resonated with everyone. It wasn't like - you can't force someone to sing a worship song. When the songs were made available the people really wanted to use them in their church. So yeah, it became a blessing to the nations. 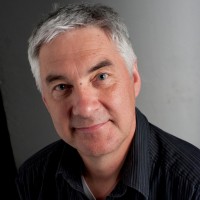 Les: I would say there is like a tapestry that is being woven. In my book I recount how a lot of the original worship songs actually came from New Zealand. David and Dale Garrett with Scripture In Song - they were a major influence on California's Maranatha Music. What's been amazing about being able to write the book is I've been trying to document the Spirit of God moving. I just been reminded about a story. I interviewed Mike Bickle from the International House Of Prayer. I don't know if you know anything of Mike's teaching, he's an amazing teacher on worship and also on spontaneous singing. He was pastor to Kevin Prosch and David Ruis, all these different people in Kansas. I said to him, 'Mike, how did you get this revelation? About the song of the Lord and spontaneous singing?' He said, 'Well, in 1978 [British church leaders] Terry Virgo came with Arthur Wallace to St Louis and sat me down and taught me from Corinthians, persuaded me that singing from the spirit was of God. I then taught it to Prosch and Ruis. They came back here and inspired Matt Redman and Martin Smith.

It's amazing when you see God weaving that tapestry. In the last few years it's become a lot more collaborative. There's a worldwide community of worship leaders and people who are learning from each other. In the book I have this great quote from Louis Giglio where he's talking about 'Live & In The Can', which is the Delirious? live album. He said, "Delirious? were the agents by which God combined a new sound [and attitude] with the new wave of worship that was emerging in the UK. Those songs sparked a torrent of creativity and still are the underlying influence of much of what we have called modern worship. 'Live & In The Can' arrived and worship was never the same."

Les: '61 was when the American preacher A W Tozer wrote Worship: The Missing Jewel In The Evangelical Church. He wrote, "We are missing the genuine and sacred offering of ourselves and our worship to the God and Father of the Lord Jesus Christ". God raised up those to meet that need.

Tony: So what point did you take the story up to?

Les: As you know, it took me a little while to write the book and there were points where [I asked myself], 'Well, when is this book finished or when is that line going to be?' Matt Redman suggested to me that I finish it with CompassionArt because that was like a statement, that the world of worship had gathered in Scotland to write these songs of justice. But the book wasn't finished then - it was actually seven years later with Matt Redman's album 'Unbroken Praise' being recorded at Abbey Road Studio One. We had taken Studio One, which is the most famous recording studio in the world, and recorded a live worship album with Louie Giglio preaching on it. I felt that that was the line.

Jonathan: Now in terms of whether people think it's a book for them, is it more of a history book or is it an inspirational book?

Les: I would be encouraged that people are saying it's both. [I had] an encouraging commendation from Matt Redman who said he thought this was gonna be just a document of history over the past 50 years but he left the book inspired. Also there's a section at the end, the last chapter, which says what I personally see as the future of worship and where I see it heading, so I think it's for everyone. There's a great verse in Psalm 71 where it says that one generation shall tell another generation and so that's what I feel my role has been in this writing - to pass on to the next generation what God has done and who did what and why they did that and obviously certain values like community and honour each other that we need to keep.