Loose Goose: A song-by-song look at their 'Face Yourself' album 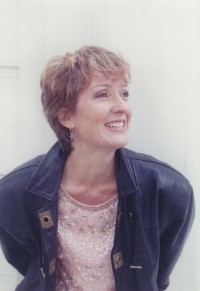 "Angel Of The Night"
Many people are becoming increasingly dazzled by the idea of angels and of course the New Age is echoing that. I believe that there is a holy order of angels who are sometimes sent into our world but that not every being of light is holy... Anything that draws men's souls away from God is not of him and "Angel Of The Night" warns of the terrible danger of those who masquerade as angels of light!

"The Living Stone"
I once passed a shop with a box of so called living stones with strange painted faces in its window. They were used as charms and it moved me quite profoundly because Christ is described in I Peter as the living stone and so much of what the New Age has to offer is a distortion of the reality of the gospel. Jesus was a master story teller who used very ordinary things to take us deep into the meaning of something and I wondered what might happen if such a person came today and told of a miraculous stone that lives and breathes and has the power to change lives forever... This song is about a seemingly impossible quest and of an unexpected encounter with the living Lord.

"Optical Illusion"
Every life has a purpose, a meaning, a beginning and an end and yet life itself can seem strange and confusing - a sort of enchanting optical illusion compared with the reality of the one that will follow. This song is about someone falling right through the hourglass of their life and of having to face the consequence of standing before a Holy God...

"Arise Dance"
There is an extraordinary bit in a poem by Edwin Muir about a singer who will one day "'hang the apple back on the tree" and this is a wonderful picture of the only one who can actually undo the consequences of the Fall! It sometimes seems to me that this world is like a winter garden filled with barren trees that will only flower again when they hear the awesome truth that there is nothing that they have ever done that cannot be undone... This is a sort of Celtic fairytale and its chorus is taken directly out of Song Of Songs.

"Back To Avalon"
We were asked to re-release this track from the 'Break Over Me' album by a Christian outreach that ministers into lives that are caught up with New Age teachings. Avalon is another name for Glastonbury and the lyrics of this song speak of the ancient quest for God and the despair of the human soul without him! There is a lot of me in it I'm ashamed to say because I sometimes wander from God and have to make the journey back to him... "Back To Avalon" is for all who are searching and for everyone who is further from God than from where they could be.

"Rapunzel"
There have been moments in my life when I have built terrible towers for myself - moments when I have been hurting very badly and have retreated into a place inside my own thoughts. Sometimes I just get so overcome with everything that I rant and rave at God and forget to be still and to try to listen to him. But our God has infinite patience and he is forever waiting to unlock those towers and to restore us once again into a perfect and everlasting relationship with himself.

"Glastonbury Night"
Hundreds of years ago the Abbey at Glastonbury was the heart of a vibrant Christian community and once again many believers are beginning to gather in this place which is now so often associated with the New Age. On a summers night last year as around 3.000 of us worshipped together amongst the Abbey ruins I knew that God really is doing a new thing over this land...and that souls who are searching are having divine encounters on nights such as that one at Glastonbury!

"Bird Of Peace"
"Bird through the years you have stilled all my tears and unsleeping bird your song through the ages of time has rung, it's because of your love for me, bird of peace..." Sammy Horner, my producer, says that there is something a bit special about "Bird Of Peace" and it is definitely 'producer's favourite'. David Lewis wrote its hauntingly beautiful music for me to put words to and it always makes me think of God's Spirit soaring through time like some great untameable bird! The wild goose is a Celtic symbol for the Holy Spirit and "Bird Of Peace" is about that bird.

"Eve Of Resurrection"
Sometimes I wonder how Christ's disciples must have felt on the night before his resurrection when they were facing almost unbearable despair and it makes me think of the mystery of autumn and the new life that will eventually spring from out of it. Sometimes I find it hard to understand that God is always with me in the storms that I have to face and this song is about that, about pushing on through those nights to the new dawn that will surely follow.

"With Every Blessing (T-Hule Beannachd)"
Sammy Horner based this song, one of my very favourites, on an ancient Celtic blessing and it calls upon every believer in Christ to watch over those that we come across in this beautiful world of ours. David Lyon guest produced it and I asked if he could somehow capture the feeling of the eastern stuff that so many 'travellers' end up exploring. He has done something quite remarkable with it and I know that it will indeed bless many many people.

"Home"
Home is the place where we know we belong and yet so often we take it for granted until we find ourselves in a place where we don't belong! "Home", written and sung by my guest vocalist Helen Turner, is poignant and heart wrenching and I believe it will move many to tears as they too hasten to be in that place of unconditional love where God is at the centre.

"The Battle Of Evermore"
I can't even begin to imagine what it is going to be like during the last days of the world but I think that there will be those who will rejoice in the return of the Warrior King and others who will try to flee in terror! This song is a call to war inspired by the book of Joel and in it I've tried to paint a sort of end time dream - a dream about a dismal battle raging in unseen dimensions and of the total devastation of life without the light of the gospel.

The opinions expressed in this article are not necessarily those held by Cross Rhythms. Any expressed views were accurate at the time of publishing but may or may not reflect the views of the individuals concerned at a later date.
About Carolyn Stilwell
Carolyn Stilwell is a Celtic singer/songwriter who sings with Loose Goose.