Loose Goose: Break over me 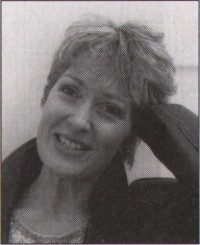 If your tastes veer towards the Celtic and acoustic end of music you're going to love 'Break Over Me' by Loose Goose now in the CD racks through Nelson Word.

Getting their CD to the general public has been a time consuming and gruelling task. Originally 'released' privately (it was reviewed back in CR30), 'Break Over Me' then appeared briefly in the Spirit Music catalogue before getting its overdue bookstore release by Nelson Word. It got a seriously enthusiastic review in Cross Rhythms ("I'll be returning to this album for a while yet not only to encourage my heart but to remind me that the Lord is doing something profound with today's worship music"). The Loose Goose on the album - Richard O'Conor, David Lewis and Carolyn Stilwell - aren't now playing together. But now Carolyn is assembling a new aggregation to carry on the name. And with a stunning performance at this year's Hearts On Fire festival already under her belt, and a new, more Celtic less pop, worship album is planned. Carolyn, originally from New Zealand, comments on the background behind 'Break Over Me'. "I had seen how the songs seemed to minister to people's spiritual selves in quite a deep way and believed that it was important to record them. The whole band thing though happened after the album. Loose Goose was the name that we'd used to publish our music; we gathered together a loose team of hugely anointed musicians to help put the album down and as we weren't an actual band we simply presented it as something by the Loose Goose publishing company - but sort of ambiguously just in case!"

However, something about the name and the songs began to capture people's- imagination and they received phone calls from organisers wanting to book the Loose Goose band. Although Richard felt unable to commit himself, it was something that really excited Carolyn who now fronts the live band performances. She says, "The first time I went out to front a gig without Richard or David I was terrified as I had been pretty much the backing singer when the project started. I said, 'Lord, people don't want to come here to just see me!' Then I felt his presence saying, 'Of course not, they've actually come here to hear me.' I think that remembering that has been a good place to start from."

Carolyn and the ex-members of Loose Goose still remain good friends and get together creatively to work on new songs or to do things like 'The Lord of All' video for Kensington Temple's Sky channel Europe programme where they were invited by preachers Jessica and Shane Knock to accompany them and provide a ministry in song. Says Carolyn, "I feel good about this, both the ministry and the artistry aspects of Loose Goose, and often the concerts turn into ministry times anyway, as I tend to move between performance and worship as I feel God leading."

'Break Over Me' is already impacting people. One incidence recounted by Carolyn tells of a woman who was dying of cancer. She had heard the album and gave Carolyn a phone call to say that although she wasn't a Christian she had always like to think that there was a God up there and that she'd felt that the album was somehow speaking to her. She asked Carolyn if she would go and see her and could she bring with her 10 more copies as she had friends who also liked to think that perhaps God does exist. So off Carolyn went with her 10 copies: "As we sat and wept together I knew that I was exactly where God wanted me to be. At worst, the songs would have given her some sort of peace, at best God has spoken to her very clearly through them and we will see her in eternity. She and all those 10 friends of hers.

"The vision for the album has always been that it would be something for the church to share," Carolyn continues. "In essence it is a worship album, but there is another song on it called 'Back To Avalon' which is about the despair of the human heart searching for God." Troy Donockley from Iona, one of the most gifted musicians Carolyn has ever met, plays some hauntingly beautiful Celtic pipes on it. Many people have responded to the song in quite an extraordinary way.

Says Carolyn, "In these times and by his Spirit, God is reclaiming his land and his people for himself and I have a huge dream to sing songs that will reach the unchurched and stir up a longing for the living Lord. 'Avalon' is another name for Glastonbury and "Back To Avalon" speaks to those who arrive there in search of spiritual wholeness."

Loose Goose will be performing "Back To Avalon" and many songs from their next project in the Abbey grounds at Hearts On Fire '97. Carolyn has been busy writing new Celtic-orientated material. "Arise Dance" is the twin song of "Back To Avalon" inspired by the Song Of Songs. Carolyn comments, "I believe that God is calling Christians everywhere to arise and to share the joy of the Gospel in a way that has not happened for a long time and I pray that as we all share in this, the name of Jesus will not just be lifted over Glastonbury but indeed over the whole nation!"

"My lover spoke and said to me, 'Arise my darling, my beautiful one, and come with me. See! The water is past; the rains are over and gone. Flowers appear on the earth; the season of singing has come.'" (Song Of Songs)

Deep in a forest an apple tree mourns
No fruit will grow on her branches.
Seasons have come and gone still Winter's storms
Cling to the apple tree.

Now from its slumber her spirit awakes
A minstrel's song pierces the dawn.
The seal that he'd placed on her heart gently breaks
And now to her lover she calls.

Apple tree blossoms have burst into white
Garments of wonder has she.
Now comes the minstrel to dance with his bride
And apples to hang on the trees.