With the clock ticking down for TheCall England in July, Tony Cummings met up with Lou Engle, the man whose God-given vision birthed The Call in the USA. 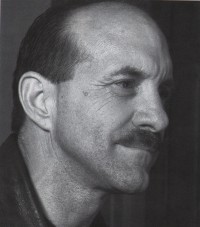 In 1997 Lou Engle, a youth worker and conference speaker from Pasadena, California, received a prophetic vision calling the young people of America to Washington for a day of fasting and prayer. And so began a roller coaster spiritual journey not only for Lou and his family but a journey which has huge implications for the world church. The Call, held on September 2nd, 2000, has been called "The Day That Changed America." Now the vision for "a solemn assembly" where young people can intercede before God for their nation is spreading worldwide. TheCall England, to be held at Reading's Madejski Stadium on 13th July, is potentially the biggest gathering of Christians seen in Britain in one place for years. Lou Engle, the vice president of The Call and a pastor at Pasadena's Harvest Rock Church and the founder of Elijah Revolution, a ministry "igniting youth with passion for Jesus", was in Britain in February for a lightning tour of England and Ireland. I caught up with the gravel-voiced visionary in a backroom of Trinity Church, Burton. I began by asking this most powerful communicator what was his background.

"I got saved in the Jesus Movement in the 70s that swept California," he explained. "I went to the meetings with Chuck Smith and yet I didn't get saved at that time. I was a religious kid but I wasn't spiritually hungry so I couldn't even recognise that Jesus was standing right in front of me. But a couple of years later God got me and I said, 'Lord, I never want to miss another revival.' So I got saved during those days and got involved in mowing lawns for five years. And during those five years, even though nobody knew me, I prayed behind those lawn mowers and I had a burden for revival. Then God sovereignly enlarged this call of which I am tremendously blessed that God is raising up a new breed of kids who are fasting and praying. I've got seven children and a lovely wife in California."

Lou is convinced today's youth is ready for a radical Christian message. "That's what we are looking for, a voice that can rock the nation. That is a concern of mine, that we become status quo entertainment mentality rather than, is there a voice that can shake a nation in music? The Beatles, 40 years ago, shook the nations with music. I don't think the Church was prepared to hear their cry, 'Help! Is there anybody? Help!' So we locked them out I believe they were crying for help. What happens if, when 40 years are up, a new breed of musician rises on the scene hungry for God, not settling for big money and status quo and promotion but the camel's hair of self-denial saying, 'God, I'd rather be hidden until the day of my public appearance'? When that voice explodes on the scene it shakes the nation. I believe the kind of music that the Beatles carried to America turned America upside down. Why can't the Church carry that kind of anointing?"

Leaning forward in his chair Lou explained how he came to birth The Call. "First of all probably 15 to 20 years ago from a book by a man from England, Derek Prince, who wrote a book called Shaping History Through Prayer And Fasting. The premise of the book was when there's no hope for a nation, when all has failed, when there's no remedy, blow the trumpet in Zion, call a fast. That book got a hold of me. So we fasted and prayed in secret for years. We did 30 day fasts every January. This was before fasting was on the wave. During those days I just knew God became more real to me than at any other time. I got ruined by it! This has been a process for years. The vision of my heart was that someday I would be a part of a massive move of fasting and prayer that would change history in America. I'd been speaking this to the youth across America and we'd been raising prayer gatherings of fasting. Then in 1997 Promise Keepers, a million and a quarter men went to the Mall in DC, the big field behind the Capital, and gathered to pray for our nation. A week later I held up the USA Today newspaper, speaking to 600 kids in Phoenix, Arizona, saying, The hearts of the fathers are turning to the children, but there must be a corresponding movement of the hearts of the children turning to the fathers.' I began to prophesy, The kids are going to go to the Mall under the John the Baptist extreme Nazarite fasting generation and when they go to the Mall it will be a sign that America is turning back to God.' I could hardly believe I was saying this because I had no way of ever pulling that off.

"Two years later I was praying, 'God, how do we change America?' A woman came to me, at a meeting, and said, 'You don't know me but I read your book. Digging The Wells Of Revival, and the Lord spoke to me that I'm to pay your salary this year because you're going to start a prayer movement with youth that will change the destiny of America.' I could hardly believe what I was hearing. I'm thinking, 'Come on, what does THIS mean?' But I went to my pastor, Che Ahn, who helps me and is really the leader of The Call, and he said, 'I think this is God, Lou. Let's go for it. Let's wait on God.' A couple of months later, a week before Columbine, she comes to me again, and she's paying my salary, and she says, 'Have you ever thought about putting kids on the Mall, like Promise Keepers put the men?' I said, lady, I prophesied it two years ago.' She said, 'I'll give you a hundred thousand dollars to start it.' It started a supernatural series of divine events. God went before us on this thing and we told nobody who was coming to speak, nobody who was coming to play for worship, it was nameless and faceless, it wasn't for a festival. We said, "This is not a festival. It's a fast, a sacrifice to move Heaven. Maybe America can turn back to God.' And 400,000 kids and adults gathered because they heard a sound, not of entertainment, but a sound of a revolution, that maybe a nation can turn back to God. It was profound."

The astonishing event in Washington has produced much fruit. "We had reports of kids who went back and fasted 40 days. At noontime at their high school they didn't eat but they prayed. 73 kids gave their lives to Christ during that 40 day period. Another group of kids from Arizona went on a 40 day fast. On the 39th night the Spirit of God fell, 50 kids in the next 11 days gave their lives to Christ. Kids were preaching in the cafeterias in their school. One girl was dragged off into the principal's office and was told, 'You can't do this here.' She said, 'I must obey God rather than man,' not knowing another kid took her place when she stepped down. One girl was crying out to God, at The Call, for her friend who was bound in homosexuality, wailing, 'Oh God, save this friend,' not knowing that this friend, at the very moment she was praying, was involved in a homosexual activity and suddenly came to his senses and said. This is wrong,' walked out and got saved. I tell you, all across America there is a move of fasting and prayer. It always goes before an unveiling of the Lord. John the Baptist fasted often and his word was, 'Behold, there is one coming, the Lamb of God who takes away the sin of the world.' I believe the fasting and prayer movement among the youth and the adults across America is preparing the way for another great awakening. That's what I am counting on."

Lou is also counting on amazing things to happen in England. "England had already begun to be on my heart as I had talked with Derek Prince before The Call. I got together with him in a hotel and said, 'Derek, I can only say to you, this is not about me. I am coming to honour the father in England who birthed this thing for America.' He wept. His guys told me later and said that he had prophesied 40, 50 years ago that a great revival would come to America and would leap over the ocean into England. I heard that he'd said, 'I believe that The Call is the beginning of that revival and that it is going to come to England.' So it was already in my heart. When Julie Anderson came to me this thing was already burning. She was with the Beatles, she was with the Stones how many years ago? In the same way that England gave us the Beatles and music that changed history, now comes her cry for music and prayer to change history again. There in Reading they've had all these rock festivals over the years. We're saying, '40 years are up. Give us a new sound.' We're going to gather to cry out to God for the sound that can shake the nations. We're praying for TheCall to go to Ireland and Wales and Scotland. And who knows? Maybe in 2004 we bring 'em all together for TheCall United Kingdom. Wouldn't that be awesome?"

Lou's final words are addressed not to me but to English youth. "Young men and women, TheCall is not just July 13th, it starts today. It's in the spirit, it's the shifting in the Heavens, it's changing. Start today, prepare yourself every day, calling on God for spiritual awakening for England."