Loudflower: The ferocious rockers with a sassy horn section 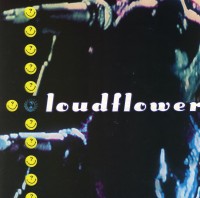 One Atlanta radio station called Loudflower "The best band in Atlanta." Not bad considering that haven of Christian rock talent also gave the world Third Day, the Waiting and a lot more, while a mag struggling to classify their unique sound came up with "The Clash meets Earth, Wind & Fire." Clearly a band that weds a sassy horn section to ferocious guitar rock are no ordinary band. I began by asking percussionist Mason Brazelle to give me a run down on each band member.

"Rob Groover, lead vox, four and 12 string bass. He is the only "original" member of the band. He started the group around four years ago, just as a three piece, kind of following in that Nirvana thing. But soon started adding a trumpet here, trombone there and 'Hey, it's Loudflower.' I enjoy playing with him because he has a ski boat, and we go skiing about three times a week when we are home. He is actually a great waterski/wake boarder. I'm an okay skier.

"Mason Brazelle, drums, percussion, backing vox (that's me). I'm a simple man, kind, giving soul who asks not of others. Okay, not really. I joined the band on December 26th, three years ago. I know that, because my first show was a New Year's Eve gig, here in town - totally sold out and I didn't even know the names of the songs. I was actually filling in. They had fired their other drummer but didn't want to cancel the gig. I was playing in a band called Chump (very Dinosaur Jr, Husker Du sounding stuff). I played three gigs with Loudflower and decided to stay.

"Loren Haefer, trombone, backing vox. Loren joined the band the same time I did, so at least I wasn't the only one lost during the set. He moved to Atlanta about five years ago with a band called Imaginary Friend. They were from Boise, Idaho (that is like moving from Siberia to London...in a van with six guys). After their untimely demise, where was a lonely trombone player to go? So Rob grabbed him. The rest is history (in the making).

"Derrick Lee, trumpet. Probably the most interesting member of the band, well at least to us. He joined us about two years ago. He was put in the same position as Loren and I. By that I mean we had a showcase for some major labels in NYC and needed someone fast! So he learned everything in about a week and flew up to NYC to meet us (we had to leave before him since we were driving with the gear). So his first experience was pretty glamorous, "winging in to NY for a gig for major labels." He learned the true reality of being in a band - driving back to Atlanta. "Wally Gates, guitars, keyboards and backing vox. He was (he left the band the day after the album came out) possibly the most diverse member of the band, especially when it came to influences. His faves were Jimmy Page and Walter Becker of Steely Dan...Go figure! "Malcolm Carter, new guitarist, backing vox, keyboards. Malcolm came into the picture after Wally decided to do 'something' else. He was formerly in a band called KTO (Kathleen Turner Overdrive), a very Sex Pistols influenced band. But the odd/cool thing is, he also played with Rob six years ago, in a band called The Shadow Puppets."

Mason has some interesting perspectives on what constitutes alternative rock. "Well, I'm not sure what it's like in the UK, but here so called "alternative" music is so mainstream there is no alternative music, for the most part. Commercial radio stations here only started playing this type of music five or six years ago, tops But now they totally run it into the ground, with strict playlists, and just made it Top 40. And as far as being a "Christian" band, that doesn't mean we preach or even tell anyone what or how to think. We are in a band to play music we like. If some of the topics involve some sort of spirituality, great. But we also have some that deal with relationships, sexuality, or even aliens.

We just try to, as Rob said in an interview, 'Live by example and let people do what they want'."

Loudflower play largely mainstream clubs rather than CCM gigs. "That is where our primary focus and following is based. We do try to play as many all ages shows as we can. And some 21 and under clubs for kids. We want to play for anyone and everyone."

I asked Mason whether he was embarrassed by his faith?

"Embarrassed? No, of course I don't go around trying to force it on anyone either. If someone were to ask I'd tell them, but it just doesn't come up in conversation that often. My wife and I went to see the artist 0)+> last Sunday. Not sure if you dig him or not, but he does a cover of 'One Of Us' by Joan Osborn. Well, when he did that he had me, my wife and 19,000 other people in the palm of his hand, making every one of us think, in the most funky way you can imagine. That's the way to express your beliefs. Not some wimpy, let's hold hands and praise Jesus song. We have played with some Christian bands that were so 'lame', great musicians but just 'lame', nothing to make you think, or even question anything, just songs about how 'good' everything is. Well, it's not all good!"

What sticks in your mind, I asked Mason, about recording the album? "It was fun! It was recorded over about a seven-month time span. Three songs one session, seven another session. The next one we are going to do all at once, in about four to six weeks straight. The producer/engineer was the Mighty Don McCollister. He has done a LOT of work with Indigo Girls, on most of their albums. Also does a lot of regional bands. One of the more interesting things about the album - the last song 'Don't Say Goodnight' was recorded with only seven tracks. We wanted to go for that Beach Boys, PetSounds thing. Drums were just one mic, bass and guitar one mic and the vocals were called in and recorded over a speaker phone."