Luv Esther: For Such A Time As This

The pop opera LUV ESTHER planned for 2005 will be a pumping all dancing, all singing, all rapping extravaganza. But it will also challenge tens of thousands to respond to Africa's AIDS pandemic. Mike Rimmer reports. 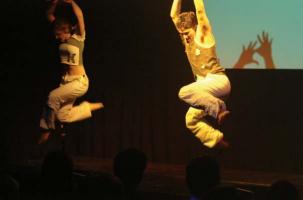 Unquestionably, Luv Esther is set to be one of the biggest things in Christian music in 2005. A pop opera based on the Bible book of Esther, it's a hugely ambitious project which will play the first of its 50 dates beginning in six months. It's the brainchild of Ray Goudie, the Scottish visionary who, with his wife Nancy, founded Britain's premier Christian arts organisation NGM. Originally NGM was birthed out of a desire to see revival in the UK. And now it seems the ministry is entering a new phase. Ray shares, "Last year, it felt like God gave us a wake-up call. It's not that we haven't still been believing for revival and still involved in mission. We've got about 150 people working now fulltime for NGM, and evangelists all over the country. But out of this call to intimacy, all I can say is personally.and I mean this.I'm more in love with Jesus now than I've ever been in my whole life. And out of that, it's given an even bigger vision to impact the poor and the lost and to use the time I've got to the most effect for God."

Undoubtedly the most ambitious Christian orientated musical ever planned for the UK, Ray explains how NGM enlisted the help of award winning director Murray Watts who founded the Riding Lights Theatre Group and wrote the animated feature film Miracle Maker. Ray comments, "We contacted him about a year ago, so we've been working with him. He's making sure that the whole story hangs together. He has got the full drama of the story, there. He's fantastic. In fact he's here with us shortly again, to take the story onto the next level. So it's been very exciting working with him."

Ray explains what the performance will be like: "It's more like when you would go and see a pop concert but it also tells a story. We're saying it's 'more Broadstreet than Broadway!' We've got a whole stage set, we've got video, we're using the whole texting with mobile telephone-things on stage. We've got lots of dancers and singers and a full PA rig as well. So really exciting!"

As I talk with Ray, the project is still in development, building on the original inspiration that Ray received while he was on sabbatical. What was it about the story of Esther that really appealed to him? He explains, "I think there are two main things that have really gripped me. One is the whole picture of Esther where, there's that lovely bit in it where she goes into the throne room and meets the king, and the king extends his sceptre of favour to her. And through that, she then saves a nation." He continues, "For me, it's a real picture of what I believe God is saying to the Church at this moment in time, which is like intimacy. Where God is calling his Church into the very throne room and when they get into the throne room, they find out and discover how much Jesus really loves them. There's that whole intimate thing happening. There's one song called 'Throne Room Love' and it's just that whole intimacy with God. And out of that comes the harvest, because the more we understand that God loves us and the more we understand that he's for us, the more 'fruit'...in terms of compassion for the poor, for the hurting, for the lost. So that whole picture in Esther really is just buzzing with me. In fact, that's what God has been doing with us here at NGM, a real, new release of worship and intimacy. It's thrown us back out onto the streets, where we're seeing lots of the broken and the hurting starting to come to know Jesus for themselves. So that's one thing. 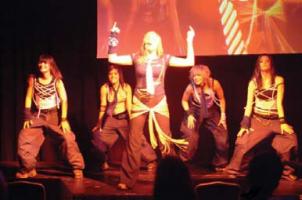 "The other thing of course is the well known phrase, 'Who knows that [we] have been called for such a time as this?' A real challenge comes through it as well, that God HAS called us to make a difference. So there is going to be that challenge. Whether it's being called to business, or the media, or politics, or a call to Africa to work with AIDSand HIV over there. So it's a real call to mission. One of the things we are highlighting is the whole AIDS pandemic in Africa. How, like Esther was one person who saved the Jewish nation, but God has called US as people, to reach out and save and help people. If we raise ourselves up as an army, a new army of Esthers if you like, we can see radical things happen."

Ray Goudie is passionate about bringing the story of Esther to a new generation through the power of a pop musical. He's also been doing his homework and learning from the master when he says, "Tim Rice in his biography says that what you need for a good musical are three things.1.A good story. 2.A good story. 3.A good story! Esther is just exactly that. It's just a great story! How one young refugee, orphan; there she is, in the wrong place at the wrong time in many ways! And yet God picks her out and she responds to God, and through her, God again saves the nation. I think it doesn't matter who we are, where we come from, what our backgrounds are. It doesn't matter what situations we've gotten into, whether we've failed God or not. Wherever we're at, God wants to stir us up and say, 'Listen, YOU can make a difference!' So I'm just so excited about seeing that message go round the country."

The heart of the event is going to be raising the issues of the AIDS crisis in the hope of engaging young people in helping to bring a solution to the problem. One of the initiatives is to create a text community focussed on the African AIDS crisis. Ray explains, "This is the only pop concert they'll ever be at where they're asked to switch their mobiles ON, as opposed to switching their mobiles off! They'll be able to give to AIDS/HIV in Africa. They can give money, they can give their numbers and what we'll do is we'll be texting them three times a week after that, as part of a "Luv Esther" community. We give them information and prayer information and different communications during that week. So we'll build up a huge text community, it's an ongoing project as opposed to just a one-off." 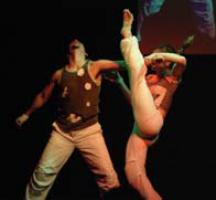 I ask Ray why the AIDS crisis was so important to him. He reflects, "I went across to South Africa three years ago to various places where people were working with young people who were HIV positive. I held young babies that were going to die in three or four years! There was one young girl who we met called Juliet. She was 10 years of age but you could hold her in one hand! She was a beautiful young girl, absolutely gorgeous! But two weeks after I was there, she actually died. One of the songs that we're using at the end of Luv Esther is a song called 'For The Love Of Juliet', based on her story. So it impacted me personally. Along with that, with what God's been doing with us here at NGM, in terms of intimacy and understanding more of God's heart, there's no doubt that he's put a deeper compassion in my own heart to reach out to the poor."

Never a man to settle for a small vision when God has got so much to do in the world, Ray looks at the AIDS pandemic and realises that the task of making a change is a huge one. He also knows he isn't the only voice crying out for change. But he agrees that the challenge is huge. "It is. That's why I think there's a real challenge to the Church to wake up. I mean, I was in Lisutu and there 25 or 26 per cent of the population were HIV positive! I mean, you can't quite take it in! In some places the percentage is even worse than that. But I do know in South Africa generally, eight or nine per cent are HIV positive. I do believe that God's calling on us to wake up and to do something practically. We can give money, we can send missionaries, we can help by praying and supporting. So I believe it's going to take the Church world wide to get involved. It's fantastic what Bono's doing through his work with DATA and different organisations. I just think the Church needs to be part of it all."

In 2005 and beyond, Luv Esther will be a catalyst to speak to an emerging generation of how they can make a difference in such a time as this. Over a three year period the musical will be performed in the UK and beyond. Once the pumping pop music and incredible stage performances have faded from memory though, the lasting legacy will be the lives of young adults prophetically motivated to be Esthers.