Mal Fletcher: Riding The Next Wave

The Australian-born author, TV presenter and internationally acclaimed speaker MAL FLETCHER has down the years built up a huge reputation as one of the most challenging and relevant teachers in today's church. Tony Cummings spoke to Mal at his Copenhagen office. 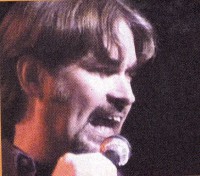 You were one of the founders of Youth Alive weren't you?
"I was the first National Director of Youth Alive. Youth Alive started in my home city of Melbourne in 1981 and thereafter grew to what is now over 100,000 people right across Australia."

Tell me about your organisation Next W@ve International.
The Next W@ve is an international mission to contemporary cultures. Our major focus is on Generation X and our geographical focus is Western Europe, although we work in many places around the world."

What on earth made you relocate from Melbourne to Copenhagen? Wasn't that a culture shock?
"It's a weather shock I can tell you that (laughter). We just knew that God called us to Western Europe. We live in Copenhagen but the number of days that I'm here are significantly less than most people might think. There are 250,000 towns, cities and villages in Western Europe that have no church and we believe that God is putting the spotlight back on Western Europe. For 2,000 years the history of world outreach was the history of Europe and European Christians who laid down their lives. Today so many people in this part of the world know nothing about the real Jesus so we felt God call us to Western Europe. Copenhagen happened to be the city where God set it up for us to be based."

You spent a lot of time involved in youth ministries, as much as you always did or has your ministry expanded down the years?
"For one thing our ministry has expanded in terms of its scope internationally. You tend to find yourself a lot more involved with leadership issues and pastor issues, etc. Of course one of the great keys to reaching a place like Western Europe is to raise up a new breed of leaders. Yes! We're still very much involved with young people but I think for me personally it's much more now with leaders of the young and contemporary thinkers in that way."

The non-Christian world tends to see youth as a problem. Teenage pregnancies, drunkenness, drug abuse, etc. The attitude isn't much different in parts of the Church. Presumably you have a very different attitude towards young people.
"I think young teenagers and adults today are the key to the growth of the Church. Everywhere you go in the world where there is major growth in the Kingdom of God and the local church, it is largely spearheaded by creative, cutting edge, pioneering, younger people. That's not to say that God doesn't have a purpose for all generations, he does, but young people are not the future of the Church, they are the cutting edge of the Church today. We're seeing remarkable things happen in Europe because young people are willing to say, I don't have any baggage to carry, I don't have any axes to grind, I just want to see the Kingdom of God grow and I'm prepared to do anything to get there."

But what about the stereotype that many people have of a hedonistic youth not at all interested in spiritual things?
"Well! I think that's changing. I know in many sections of the Church you throw around the words "post modern' and many people don't really know what it means but in the age in which we live there is this mentality that all lifestyles are equally valid. Young people today, I believe - there's a sense in their hearts, in their psyche, that there is a moral law in the universe, there is an absolute somewhere and that they want to find what they were born for not just what they were trained for. They want to live for what they're called for rather than just what they are conditioned to be. In many cases they don't know where to look for that and that's of course where the Church comes in, to say 'we have something that meets that need.'''

Talking about attitudes in the Church, in your book Get Real you spoke about an earlier attitude in the Church where if you didn't preach or lead worship or run some department of the church, you didn't have "a ministry". Is that attitude still around?
"In some parts but I'm very pleased to say that in most of the western world, certainly wherever I happen to be associated with people, there's a change. The attitude now is you can be a leader in business you can be an influence in the arts, you can be an influence in education. The Church needs to get away from just revival thinking to revival, which leads to reform. Of course reform is something that goes on in the real world. The job, according to Ephesians, of the Christian leader is to equip the saints for the work of that influence ministry in the world."

But you were once quoted as saying "vision without work is just dreaming; work without vision is drudgery." Aren't there a lot of drudges around in church circles?
"I guess there are. I'm a very hopeful person and I find there's a great deal of vision in the Church today as well. There are people that are getting hold of not just a vague dream but really laying hold of something that is a calling from God. I believe there's a great difference between goals and vision. Goals begin with motivation but real Godly vision begins with revelation, where God just gets a hold of someone as Jesus did with those fishermen and says, 'You! Follow me for this purpose'. I find a growing body of Christians, and certainly Christian leaders, who are grabbing hold of a God idea rather than just a good idea."

But if there is a grabbing hold of a God idea, surely that's leading us closer to revival, isn't it?
"Well I believe in revival. I wouldn't want to be misunderstood on that. Revival to me is the reviving of the Church to do what it was originally called to do, which is to have influence in society. Jesus said, 'You're a city on a hill which cannot be ignored.' Finney, who was called the father of modern revival, said, 'The Church of Jesus Christ was first instigated to be a body of reformers,' so I'm not saying God doesn't revive the Church but he does it for a reason. He does it so we will go on from there to be a people of real influence in the community."

You have this large event happening in Copenhagen at the end of April called Eye 2001. Can you tell me a bit about that?
"It's large not in size but it's large in its influence. We once a year bring together two groups of people who constitute what we believe are the major church leaders in their generations and Eye represents the major leaders of young people in many different movements across Europe. These are people from all different denominational groups who have one thing in common; they desperately want to change the culture of Europe through the power of the Gospel."

Do you think there is a move amongst youth leaders as well to get hold of a new vision?
"Absolutely! I think the day when a youth leader is content to eat pizza and play games on a Friday night are long gone. Young leaders know they're not monkeys who got lucky, they were put here for a purpose and they're desperate to find out why God called them as a leader. What particular influence am I meant to have in my church, in my city, in my nation? I'm very excited by some of the visions that are out there. One of the men in our Eye network in Stockholm brought together 11,000 young people into the largest venue in the capitol of Sweden. Something that they said could never happen and he did it simply because he had a call from God and worked over a couple of years steadily towards that goal."

You're also coming to the Cross Rhythms festival later this year. Have you ever been to Devon?
"I've been through Devon but I've not yet had the awesome privilege of being part of Cross Rhythms. I'm looking forward to that."

What do you think you can bring to a few thousand young people? You've been around Britain a few times now and know a bit about the British culture and the British church scene. What's your reading of the current situation concerning British youth?
"I think British youth like youth in much of the western world is fairly fed up with post modern thinking, which basically says that 'meaning is only something that you can invent for yourselves.' It's an existential approach to life. Look at the sales of Cliff Richard's 'Millennium Prayer'. There's a song that should never have been a hit. The music to be honest was fairly corny, the singer's over 60, the lyrics are 2,000 years old and yet the thing resonated with young people all over Britain. I think there are young people there who say, look! I believe there is somebody out there and I'd like to think that he can be personally involved in my life when I pray."

That may have resonated with some young people in Britain but there are others who are into people like Eminem. How does one read things like Eminem or Limp Bizkit or all these expletive, loaded new rock bands coming along?
"There's a sense in all youth culture where there's a certain amount of anarchy, a desire to see change. We may not have an alternative but we want to see change anyway. It was the same with the Sex Pistols back in the 70s. I think what has to happen, and this is where the Spirit of God comes in, that spirit of revolution has to be guided towards a positive end and the positive end I'm talking about is not more consumerist, capitalist, materialist society but the Kingdom of God, which as Jesus presented it, is radically different from what most of our culture is today."

You mentioned consumerism there. CCM has exploded over the last 10 years in terms of a marketplace but although album sales have rocketed it doesn't seem to have significantly altered the spiritual state of those consuming it. Has Christian music just become an expression of shallow evangelical consumerism?
"If we're not careful we take the secular culture, just repackage it and put Christian on it and think that is influencing the real world. But it is not. It's just an alternative package and an alternative outlet for sales. One of the saddest parts of that is the artists themselves. You see the artists selling for a while, then their albums no longer break records and they're let go. Their self esteem suffers, their sense of ministry suffers. But I thank God that today there are bands like Delirious?, The Tribe and many others who are rising up with a sense of mission and whether or not somebody signs them up for a contract, they're gonna do what God tells them to do."